Today we're welcoming author Margo Hoornstra to the blog on her tour with Goddess Fish Promotions for the three contemporary romances: Glad Tidings, To Be or Not To Be and Next Tuesday at Two.

Margo is giving away a $20 GC to The Wild Rose Press and a $20 Amazon GC to randomly drawn commenters during the tour. So comment today AND follow her tour (if you click on the banner above, it'll take you to a list of her tour stops) -- the more you read and comment, the better your odds of winning. You could be introduced to a great new author AND earn a GC to buy more books. It's win-win.

And now, without further ado, please welcome Margo who's here today to talk about why she writes romance. 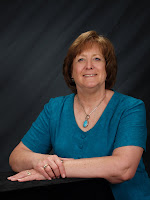 Thank you for having me here to discuss my three latest releases, Glad Tidings; Next Tuesday at Two; and To Be, Or Not.

All three are part of the Class of ’85 series from the Last Rose of Summer line of The Wild Rose Press. The premise is a twenty-fifth reunion for a fictional Summerville High School class of 1985.

Writers are often asked why they choose to write in a particular genre. In the case of Glad Tidings, you could say the genre chose me. By that I mean I had a book written about Bethany Thomas and Jake Holbrook, forever friends from high school who are reunited several years after graduation. Then the Class of ’85 series was announced and I found a market where the book would fit. Next Tuesday at Two features Blane Weston and Matt Durand who, after they meet, begin to rethink if they are truly happy with the lives each thought they wanted. In To Be, Or Not former high school sweethearts Amanda Marsh and Barry Carlson seek the second chance at happiness denied them when they were younger.

As you can see, the Class of ’85 stories take place in the present day, have a make-up-for-what-was missed flavor to them and are populated by characters who are forty something in age. Which brings me to another question I’m sometimes asked. What are the challenges and joys of writing older characters? In the following explanation, I’m not sure where the challenges end and the joys begin and vice versa.

Older characters have faced and successfully navigated the ups and downs of life. Along the way, in my mind, they tend to have become more accepting, more tolerant.

And being more tolerant, they are less easily offended by the actions of others. Subsequently, I found the conflicts between the characters needed to come more from their internal, or personal, fears and regrets. Or when someone came along who messed with their hopes for the future. Where a younger character, man or woman, might view a misstep in a new relationship as a reflection of their self-worth, a bad omen to the potential for failures in their future.

There’s a certain self-assurance that comes with having staying power at anything,

up to and including life. Older heroes and heroines, while more tolerant of others as I said, also seem more confident in themselves—set in their ways if you will—and maybe less apt to change those ways for someone else.

These are characters who know where they are going and have collected enough experiences from where they’ve been to have a pretty good idea about what they don’t want out of life. Maybe the stakes are higher for them as there’s less time in their future. Maybe they’ve thrown in the towel and decided to just not try anymore, because the way of life they have strived for just didn’t end up as they’d hoped. They’ve experienced lost dreams or dreams hung onto for so long it seems they never will come true. Then when they do, are all the sweeter for the wait.

My inspiration for the books came from the overall description of the series: Did you ever wonder what happened to…The Prom Queen? The guy most likely to serve time in federal prison? The couple voted most likely to succeed? If intrigued with the opportunity to rewrite a bit of history…or exact a little revenge…The Last Rose of Summer invites you to a reunion of the Class of ’85.

Who couldn’t write any number of stories based on that? Because, like it or not, what happens to us during our high school years shapes who we are at the time and who we will become in the future. Who among us hasn’t received an invitation to the event we either celebrate or dread—maybe both?

Reunions denote re-connection and most certainly the opportunity for second chances. To turn what might have been into what will be.

And realize the happily ever after promise of romance.

About Margo: Like many aspiring writers, it’s hard to determine exactly when my fiction writing career began. I remember composing a short story in grade school (I have no idea about what) which was chosen for publication in an all school anthology. A journalism class taken in junior high school led to a job on the school newspaper—and a weekly column.

I always loved reading. I loved writing too. Someday, I thought, maybe when I grew up and received the right training, I could actually write a book. And, through the years, my desire to write fiction was always with me. I had so many ideas and characters roaming around in my head. So many stories I wanted to tell. I was even told, laughingly most times, I had an extremely vivid imagination.

But the business of living—going to college, getting married then raising a family—seemed to take precedence over something as frivolous as writing a book. Then one day I just took the plunge and began a novel, which I completed in a year. Unfortunately, that one never sold. (And I might add, never will.) During this time, I was introduced to a relatively new writing organization, Romance Writers of America and attended a few meetings of a local chapter. Those meetings were held a couple of hours drive from where I lived and sometimes traveling all that distance could be a problem. At the coaxing of a girlfriend, I helped found an RWA chapter closer to my home. One which, I’m pleased to say still exists and thrives today.

For a few years, I was able to balance being happily married, taking care of a home, raising four children and a full time job in public relations with writing fiction—romance fiction. I even completed three more novels—all eventually rejected. Disappointed but not discouraged, I kept trying. I did have some success with my short stories. One story even won first place in a local writing competition.

But, real life does go on. I was soon promoted at my day job. More responsibility required more of my time. Soon the free time I had been able to devote to writing my stories became less and less available and eventually dwindled down to no time at all. For the next twenty plus years I ‘went corporate’ as I call it, serving as a magazine editor, television producer, script writer, ghost writer and speech writer. Sure I was writing on a regular basis, but what I created amounted to other people’s words. Not my own. Still the desire to write fiction stayed with me. Not having the time to devote to completing another novel length manuscript, I wrote short stories and essays. A few were published in national magazines—Woman’s World and Country Woman.

One day out of the blue, I was downsized—effective immediately. Being allowed about ten minutes’ notice to clean out my desk and leave an organization where I’d worked for over thirty years seemed so unfair at the time. I now recognize the tremendous gift I was given that day.

With the unending support of my family, including one absolutely terrific husband, I was finally able to realize my dream to write full time. To free the many characters and their stories that have been waiting for so long. My own words at last. For me and for you.

Life is certainly good! And, today, with the children and grandchildren near, my husband Ron and I now live with two formerly stray cats and a half grown German Shepherd rescue—my husband’s latest contribution to the household.

And, as I spend more and more time doing what I love—writing romance fiction—I find I really do have so very many stories to share.

Stories I enjoyed writing and hope you enjoy reading.