How the Water Falls by K.P. Kollenborn - Review and Giveaway

This post is part of a virtual book tour organized by Goddess Fish Promotions. K.P. Kollenborn will be awarding a print copy of the book to a randomly drawn winner via rafflecopter during the tour. Click on the tour banner to see the other stops on the tour.

On the fringes of a civil war arise a kaleidoscope of stories of abuse, power, betrayal, sex, love, and absolution, all united by the failings of a dying government. Set in the backdrop during the last years of South Africa's apartheid, How the Water Falls is a psychological thriller that unfolds the truth and deception of the system’s victims, perpetrators, and unlikely heroes.

How the Water Falls is a well-written book about a period in history that I knew only a little bit about--the end of apartheid in South Africa. It is obvious the author has done her research. In this book you see not only what was happening, but you put faces to what you've heard. It becomes personal.

You meet many people, but the story revolves around four people specifically: Lena - a black activist, Joanne - a white reporter, and the Borghost brothers- Hans and Jared. Over the course of the story, which spans several years, Lena's and Joanne's lives overlap and they become friends. Hans and Jared are both integrally involved through the story, and there are many other characters as well.

It's not an easy book to read, and it's not one I would choose for a summer beach read; however, it's compelling--I grew to care about the people involved and wanted to know more about them-to know what happened to them. The difficulty lay not in the book itself, which was very well-written, but more in the complex issues that make up the period. The book is told from varying points of view, which showed the various facets and mindsets of the period.

It reminded me a bit, in tone, of Leon Uris' Exodus-- it's a story of a changing nation personalized by the characters in the novel.

Dingane smeared a smile, exposing two missing teeth, one on the top, the other on the bottom. “Yes, baas,” he replied evenly, sarcastically. “An’ how fery kind of you. A man wit morals may pay more. But not you, baas. Tank you for being like any utta man on dis block so my childrren can starve.”

Huffing, the owner crossed his arms. “Well, it’s not my fault you people breed like rabbits! That’s the real problem. You people don’t stop having children you cahn’t afford!”

Looking at Robert as if soliciting strength to not hit his employer, Dingane returned to stare at him. “Could you, honestly, feed a family wit 30 rrands a mont? Afta taxes?”

“I write your paychecks. I know how much you make!”

Straining his jaw, he cleared his throat. “Dingane, I’m warning you. If you do not come inside now, I suggest you don’t come inside my store— ever again!”

He sighed and shrugged. “You hafe my addrress to mail my las’ check, baas.”

Exhaling, the store owner began pointing once more. “You need to leave these premises for loitering, Dingane! I can call the police on this matter and they can arrest you, and your two girlfriends, for that!” Then pointing at Lena and the other young woman, he vented, “The same applies to you both! I’ll call your bosses as well if both of you don’t remove all this nonsense!”

The owner stomped inside his store, glaring out the window as he picked up his phone.

Dingane joked, “All dis calling will only wear out dat little pointy finger of ‘is!”

Robert promptly announced, “Well, Lena, it looks like I won the bet. It took more than ten minutes before one of them brroke down!” 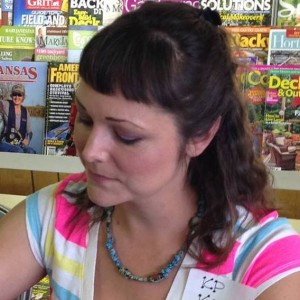 Although I've been writing since childhood, I have a BA in history. I love studying history as much as wanting to evoke stories. I like to believe that after decades worth of introspection we have learned to value our lessons, and the best way to recite our lessons are through storytelling. That's why I love history: To learn. To question. To redeem our humanity. Submitting to a moment in time allows us to remember, or to muse even, our society's past. Although writing can educate as well as entertain, yet what makes art incredibly amazing, to that of paintings, photographs, and music, it transposes emotion into another form of humanity, and therefore, it is our humanity which keeps all of us striving for an improved future.

I am fortunate to have been trained by one the top ten writing teachers in the US, the late Leonard Bishop, and author of 'Dare to be a Great Writer.' I owe my love of writing to him. In addition to writing, I draw, paint, create graphic design, and am an amateur photographer.

a Rafflecopter giveaway
Posted by MJ Thomas at 5:42 AM