Where Ideas Come From

Where do ideas come from?

Can I let you into a secret?

Promise not to tell anyone?

No writer has ever had an idea, let alone an original idea. Ever.

Alright, maybe I’m being a bit facetious…but not that facetious. At the end of the day there are very few basic ideas—most stories have similar elements. Many, many stories start with “a bad thing” happening. The protagonist then struggles with the consequences of that bad thing until eventually she finds some kind of resolution.

What differentiates one story from another is not the basic idea.

The differences come from the characters and how the stories are told.

Take five different writers, give them the same idea, and tell them to write a story and those five writers will give you at least thirty-eight different stories—just from that one idea.

It’s a small shift but a subtle shift. But it’s also a shift from a newspaper headline to a story. Headlines are great—and they grab our interest—but I’m in the business of telling stories and stories have a depth beyond the hook line. Plus a headline isn’t enough to sustain an 80,000 or 100,000 word book.

I guess your next question is where do those story kernels come from? And again I repeat that no writer has ever had an idea. I just pay attention to the what’s happening—whether that be watching the news or if I’m out—and when I see anything I ask myself about the situation and think about the people involved. And that’s really the key for me—I’m curious about people.

Then if something piques my interest, I write it down—quickly.

I put all my notes into Microsoft OneNote. It’s a great tool which is accessible anywhere and everywhere—on the desktop (for Windows and Mac), on phones (iOS, Windows, and Android), and on tablets. Perhaps more significantly than being available anywhere, OneNote has been supported by Microsoft for years (at the time of writing it’s been around for 13 years)—this gives me some confidence that notes I make today will be available tomorrow.

Having made my notes, from time to time I review them. Some I throw away, some I improve, and some grab me so tightly that they just have to be my next novel.

Leathan Wilkey has been hired to babysit Clementina, a seventeen-year-old whose rich daddy is going through a messy divorce and is over-compensating.

Leathan soon tires of her spending habits, her selfie obsession, and her social media preoccupation as his ward drags him from shop to boutique to jeweler, approaching each with the self-possession that comes from a lifetime of getting her own way and never once having to worry about money.

But when Clementina snaps her fingers and her boyfriend doesn’t come running, something is up. He doesn’t appear because he’s been murdered.

When Leathan investigates, he finds that the boyfriend has no background and met Clementina through a connection made by daddy’s business partner.

Daddy’s business partner who has been slowly and progressively putting daddy in a vice, grabbing more of the business, and who is now menacing Clementina directly to manipulate daddy.

Johnson McElroy and Orville Michael Mallet seemed pleased to have fixed a problem. A problem where I was having trouble understanding what really made it a problem.

“You know the way out,” I said, as if I had a clue. I only knew how to enter and leave if I was driven by Reece.

The two headed for the elevator and I made my way through the cavernous entrance hall back to the open living space and the kitchen area. The kitchen area, which had more floor space than most apartments I had lived in.

“I should have a word with Clementina,” I said to Angeline Bautista, the housekeeper who had remained invisible while the two company men had been present.

“She’s gone out,” said the housekeeper.

“What did Reece say?”

“Reece—the driver. What did he say?”

The confusion remained. “Nothing.”

“But he must have said something when he came up.”

“She went to him?” I could feel the hesitation in my speech as my brain tried to catch up with the situation and make sure my language was unambiguous for the non-native English speaker.

“No. She went out on her own,” said Angeline.

“While you talked,” she said with greater emphasis.

She tilted her head from side to side. “Ten minutes?” she said. More a question than a statement.

I pulled out my phone and called Reece. “Does Clementina go out on her own?”

Reece swore under his breath. “I’ll be up.” 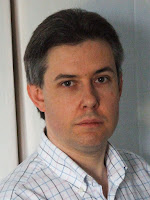 Simon Cann is the author of the Boniface, Montbretia Armstrong, and Leathan Wilkey series of books.

In addition to his fiction, Simon has written a range of music-related and business-related books, and has also worked as a ghostwriter.

He lives in London.