Other Worlds Special Box Set - pre-order for only $0.99

Lea Kirk, thanks so much for stopping by. How did you get started writing?

I can’t remember a time I wasn’t writing or making up stories, even as a child. Being a writer was something I knew I wanted to do with my life. My dream, my ambition, my career. My only regret is that I didn’t get serious about it sooner.

When I did finally get serious, one of the first things I did was join my local Romance Writers of America chapter. This was the best thing I have done for my career. RWA has given me a support network and opened doors that would have taken me a lot longer to locate on my own.

The other thing I did was to read everything I could about writing. I discovered I really dig writing deep point of view. I’m not perfect at it yet, but I am trying.

What was the inspiration for your book?

This is a really interesting question. There’s not any specific thing I can credit for inspiring me to write Touch the Stars. I just knew that the alien hero had to get the Earthling heroine off her planet, but I didn’t want it to be because she was his mate, or his planet had a shortage of women. I love those tropes, but I wanted to do something different.

What’s the one genre you haven’t written in yet that you’d like to?

I would say straight up PNR, but I recently released a vampire novella, so, goal achieved! Yay! My second choice is Sci-Fantasy. Alien elves are a thing, peeps, and I want to write about them.

Are there any genres you won’t read or write in? Why?

Noir. I just don’t think that way nor do I find it entertaining.

What are you up to right now?

I’m taking a little break from writing to promote Touch the Stars and the Other Worlds boxed book set, along with my vampire novella (Made for Her).

Do you have any releases planned, or are you still writing?

Touch the Stars will be part of the Other Worlds boxed book set releasing on October 17th. On November 1st, I’ll turn my attention back to the third book in my Prophecy series—Collision. Hope to have it out soon!

Alright, now for some totally random, fun questions.
Favorite color? Pink! Second favorite, vintage aqua.
Favorite movie? I can only pick one? Okay, how about this: PrincessBrideWrathofKhanThisisSpinalTapTheVoyageHomeIndianaJonesStarTrekReboot. That’s my answer and I’m sticking to it.
Book that inspired you to become an author? No single book can claim that honor. I love all the books! And every one of them has inspired me in some way. Nancy Drew, The Chronicles of Narnia, Charlotte’s Web, The Hobbit/Lord of the Rings, Hitchhiker’s Guide to the Galaxy, and a steamy series of books by Bertrice Small are just a few. I have to throw in here that the book that saved Prophecy—my first book—from the trash was The Star King by Susan Grant.

You have one superpower. What is it?

The one I wish I had was being tech-savvy to the point that I could rebuild my computer if I wanted. In reality, I can read pretty fast. Now if I only had more time to use that super power that would be all kinds of awesome!

That’s all from me, thanks so much for taking the time to stop by! 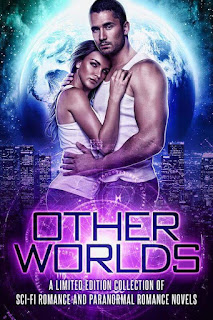 Other Worlds: A Limited Edition Collection of Science Fiction Romance and Paranormal Romance

Journey into a multiverse beyond the boundaries of your imagination…

21 award-winning and best-selling authors bring you the best of PARANORMAL and SCI-FI ROMANCE in this enticing boxed set of exclusive epic adventures.

Step into OTHER WORLDS as these fresh voices of SFR and PNR take you on a journey to immortal realms and extraterrestrial territories where your imagination takes flight and fantasies come to life.


About Touch the Skies by Lea Kirk

When her twin disappears without a trace, Kaitlyn Faulks can't accept that she's gone. In her heart, she knows her sister is alive out there, somewhere. One alien abduction later, Kait finds herself on a posh spaceship, the honored "guest" of a sexy seven-foot-tall alien of questionable sanity. He insists she's the heir to his "Star Empire" and that the fate of Earth, and the empire, depends on her compliance. What hooey.

Warrior Baatar must retrieve the Earth woman for the emperor. It is the only way to restore his family's honor and insure that they do not pay the ultimate price for his brother's treachery. But the future empress, Kaitlyn, is a difficult, wily female who challenges him at every opportunity. And Baatar begins to have doubts about the truth behind his mission.

As the stakes rise and the fate of an empire hangs in the balance, Kaitlyn and Baatar are thrust into a conflict decades in the making, where nothing is as it seems, and no one can be trusted. 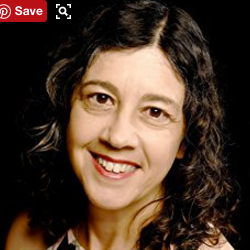 Lea Kirk loves to transport her readers to other worlds with her science fiction and paranormal romances. She is the author of the sci-fi romance Prophecy series. Her fascination with science fiction began at six years old when her dad introduced her to the original Star Trek TV series. She fell in love with the show, and may have run through her parents’ house wearing the tunic top of her red-knit pantsuit and white go-go boots pretending to be Lieutenant Uhura. By nine years old she knew she wanted to be a writer, and in her teens she read her first romance and was hooked.

She lives in the San Francisco Bay Area with her wonderful hubby of twenty-seven years and their five kids (aka, the nerd herd).

Her sci fi romance, Touch the Stars, is part of the Other Worlds Collection, a special $0.99 boxed set bundle of 20 PNR and SFR novels for a limited time. Preorder now! http://www.OtherWorldsCollection.com

Universal link to buy the book: https://books2read.com/u/3L9akD for only $0.99! a Rafflecopter giveaway