The One Apart by Justine Avery

This post is part of a virtual book tour organized by Goddess Fish Promotions. Justine Avery will be awarding a $10 Amazon/BN GC to a randomly drawn winner via rafflecopter during the tour. Click on the tour banner to see the other stops on the tour.

What inspired you to write this story?

For The One Apart, I woke up one morning with just one interesting sentence in mind as an idea for a brand-new story: “he remembered everything.” It felt really impactful, like the fact that this person remembered “everything” was a big deal, that it wasn’t supposed to happen, something went wrong, or maybe, someone would be really upset to discover this person did remember everything. That was it. And that’s my favorite part of writing. I love having no idea what the story is and just writing to uncover it. I wrote two scenes from that idea and set it aside because I was hoping to write a short story and I knew this idea was “a long one.” And two years later, when I sat down to start writing my first novel, I picked up this story idea again. I knew this one was the idea to run with.

What was your favorite part to write?

I loved writing The Big Reveal—once I knew it was part of the story—when the story kind of explodes and suddenly expands around you as you’re reading it, and you realize there’s much more to the story, to this character’s life, to the whole universe around us, than you first imagine.

What was the hardest part to write?

*MINI SPOILER ALERT!* The most difficult bit to write was when Tres, the main character, suddenly disappeared on me as I was writing the moment he was in. He had to go away, his life was too difficult and confusing for him, and I felt very sad for him and his family left behind who had no answers for what they were about to realize about him. It was hard to write their lives without him, especially as they needed him the most.

How did you come up with your characters?

It all began with the main character, Tres, who appeared right in the first few sentences and had a huge predicament: he was about to be born, with the memories of every life formerly lived. Then, he had to be born to someone. So, Sancha, his teenage mother, and Maria, his soon-to-be grandmother, came to be. As the story continues, Tres is born, grows through childhood, and crosses paths with many other characters who all play an important role and help him to realize who he is and his purpose in this life. For me, the characters come to be as I write the story, as if they were “there,” waiting for me to discover them, all along.

Do you have anything coming up and can you tell us about it?

I have a few short stories that belong in a collection full of tales of those moments in life when everything changes, when a new path is chosen, when we’re jerked right out of our old ways—all with twists and surprises, of course!

Only one obstacle stands in his way of enjoying a normal life. He remembers—every life he's lived before.

Tres is about to be born... with the biggest burden any has ever had to bear. He is beginning again—as an ageless adult trapped in an infant body.

He and his teenage mother face life filled with extraordinary challenges as they strive to protect, nurture, and hide how truly different he is. But Tres alone must solve the greatest mystery of all: who is he? The answer is linked to the one question he's too afraid to ask: why am I?

In his quest, Tres discovers that all is considerably more interconnected and dynamic than he could ever imagine—and fraught with far more danger. He cannot hide from the unseen threat stalking him since his birth.

Life as he knows it—as all know it—is in peril. And Tres is the only one aware.

A casual knock pre-empted the arrival of an attending nurse. Sancha heard the sounds of a metal cart rolled in, its wheels locked in place at her bedside. She took a quick puff of air and released it as the knuckles of her fists began to turn white.

She heard a rustling of linens, then Maria leaning toward her from her chair on the opposite side of the bed.

Something heavy and warm was laid against Sancha’s arm.

Sancha squirmed against the uncomfortable pressure on her arm.

“I can’t let you live the rest of your life,” Maria whispered, “knowing you never even saw him.”

Sancha swallowed. Her breathing quickened. She rolled her lips between her teeth. And she opened her eyes—as slowly as humanly possible.

The brightest pair of crystalline blue eyes stared back at her.

They blinked tenderly, giving away how new to blinking they actually were. Their steady gaze pierced straight through to something rooted within Sancha.

The eyes blinked again, temporarily cutting off the intense connection before opening again to resume it. Sancha rested on her bed in silence, mesmerized by the novice rhythm of blinking resembling Morse code.

Every muscle in her body relaxed. Her mouth began to form an unthinkable smile. She couldn’t help herself.

The baby—her baby—beamed at her with his big, round eyes and flooded her with the total contentment and perfect peace that wafts only from brand-new life. 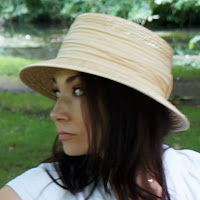 Justine Avery is an award-winning author of stories large and small for all. Born in the American Midwest and raised all over the world, she is inherently an explorer, duly fascinated by everything around her and excitedly noting the stories that abound all around. As an avid reader of all genres, she weaves her own stories among them all. She has a predilection for writing speculative fiction and story twists and surprises she can’t even predict herself.

Avery has either lived in or explored all 50 states of the union, over 36 countries, and all but one continent; she lost count after moving 30-some times before the age of 20. She’s intentionally jumped out of airplanes and off the highest bungee jump in New Zealand, scuba dived unintentionally with sharks, designed websites, intranets, and technical manuals, bartered with indigenous Panamanians, welded automobile frames, observed at the Bujinkan Hombu Dojo in Noba, Japan, and masterminded prosperous internet businesses—to name a few adventures. She earned a Bachelor of Arts degree that life has never required, and at age 28, she sold everything she owned and quit corporate life—and her final “job”—to freelance and travel the world as she always dreamed of. And she’s never looked back.

Aside from her native English, Avery speaks a bit of Japanese and a bit more Spanish, her accent is an ever-evolving mixture of Midwestern American with notes of the Deep South and indiscriminate British vocabulary and rhythm, and she says “eh”—like the Kiwis, not the Canadians. She currently lives near Los Angeles with her husband, British film director Devon Avery, and their three adopted children: Becks, Sam, and Lia. She writes from wherever her curiosity takes her.

Avery loves to connect with fellow readers and creatives, explorers and imaginers, and cordially invites you to say “hello”—or konnichiwa.

a Rafflecopter giveaway
Posted by MJ Thomas at 5:52 AM