A special welcome to Ernest Lancaster who is visiting with us to celebrate the recent release of The Jinx.


FIVE THINGS YOU’D NEVER GUESS ABOUT ME
By Ernest Lancaster


1. When my dad whistled, the birds envied him. And he could build anything he put his mind to. I can’t carry a tune of any stripe, and heaven help us if I pull out hammer-and-nail. The handiest device in my toolbox is my checkbook.

2. When I was a rookie cop in the early ’70s, on the midnight shift it wasn’t unusual to see Elvis cruising Memphis’ deserted streets in his big, black Stutz Bearcat. He would wave, and a gorgeous babe always rode at his side. Often, I dreamed of trading partners with him.

3. I once experimented with cooking eggs by adding a spicy rub to the mix. They were an awful, brown failure. DON’T BARBECUE EGGS!

4. My best friend and I invented a Frisbee © game that kept us entertained for thirty years until we got too old to sprint, dive and tumble, not to mention throw them at maximum velocity. We called it Ambush. Utilizing two Frisbees © of different weight and size, the object was to better the other by one of two means: First, float one high and then zing the second, so they arrived simultaneously. The closer one came to hitting the other in the hand with the zinger, only to have it pop out of his grasp, the greater the satisfaction. Second, nest the two Frisbees © and throw them as one until they separate in the air, making the opponent catch two hurtling discs. The double-throw could be glided softly, on-the-run, bounced off the ground or tossed straight up, only to come careening down. I’ve not seen the Frisbees © we used, a 165-gram model and a 141-gram, on the market for a long time. Since we usually played on Sunday mornings, my granddaughter called us Frisbyterians.

5. Cops are pranksters on par with athletes. Except we seek relief from life-and-death stress. I once “stole” a prize at a literary conference. At Killer Nashville after the awards ceremony, a winner of one of the categories sat proudly at the bar drinking with his trophy to his back. As the winner prattled on about who-knows-what, I took the opportunity of his indifference to slip up behind him, purloin the big cup, and set it on the bar beside me. When he recovered from the shock of his prize-gone-missing, it didn’t take long to spot it. He rushed over with great indignation and snatched it back. Some people don’t take jokes well, but I was quite proud to “win” such a prestigious award for a few minutes. 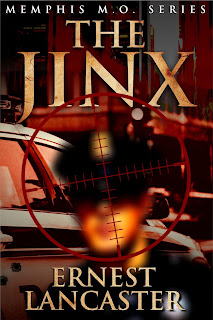 Disaster strikes and innocents die as police sniper Rick Munro is plagued by a first-call jinx. As his career takes off, he must overcome his rookie mistakes, and keep his team members safe.

When Munro returns to TACT as a newly promoted lieutenant, the jinx torments him still. He must contend with team members’ rival agendas around every turn. Munro finds himself in a battle he can’t escape as corruption and death unfold around him.

Who can he trust? Will Munro break the streak or will it destroy everything he believes in? 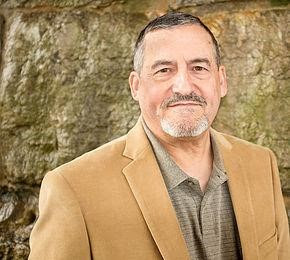 Ernest Lancaster retired from the Memphis Police Department as a captain after serving as a cop for thirty-three years.

In the early seventies Lancaster spent two years walking a night beat in downtown Memphis, when The Peabody and Beale Street lay boarded up and crumbling and the center city became a dystopian ghost town after dark. He patrolled in ward cars, trooped for three days through a sea of pilgrims to Elvis’s funeral, edited the Memphis Police Association’s newspaper and acted as the association’s vice-president. For twenty-six years he held positions on the TACT Squad.

Lancaster now resides with his wife and Yorkie in the Smoky Mountains, where they love to hike and camp.