The Secret of Narava by Isabo Kelly - Review tour and giveaway 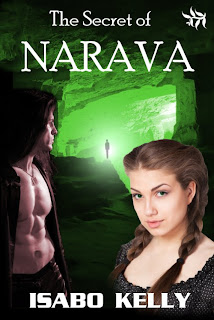 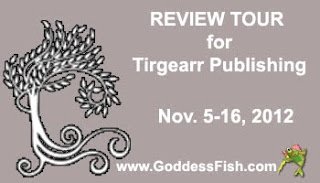 This review is done in conjunction with the publisher's virtual tour with Goddess Fish Promotions. Tirgearr Publishing will be awarding a $50 Amazon gift card and a copy of their whole library, which includes the next six books which are publishing soon (one at the end of the month, the last five over five days the first week of December, including their year end special publication). Total retail value of $150, so comment today AND follow the tour (if you click on the tour banner above, it'll take you to a list of his tour stops) -- the more you read and comment, the better your odds of winning. You could be introduced to a great new publisher AND win an awesome prize!

Their discovery could lead to war . . .

Paleontologist, Dr. Ti'ann Jones, uncovers a mystery that could alter the course of her planet's future, putting her and her people in grave danger. She's forced to call in security to protect her dig site. But the man who shows up threatens Ti'ann on a much more personal level. She's spent the last three years trying to forget Nathan Longfeather and the incredible things he did to her body, but it's apparent he's already forgotten her.

As the truth of Ti'ann's discovery is revealed, Nathan's job gets a lot more serious, and keeping Ti'ann and her team alive becomes his top priority. In a time when anything to do with Narava's native species, the Shifters, leads to violence, Ti'ann and Nathan face enemies from both sides of the conflict and will have to find a way to prevent a planet-wide war. If they can survive, they might just have a future…together.

I haven't read a lot of science fiction romance (though I'm a big fan of fantasy!), so wasn't sure what to expect from this. The good news is, I enjoyed it!

I didn't realize that this was part of a series when I started it, so the good news is this: even if you've not read any other books in this series, you won't be lost.  There were some political things that happened that were a bit confusing, but otherwise it stands alone just fine.

The story starts quickly and seldom slows down and I was never bored.  I enjoyed the characters very much -- Ti'ann's relationship with her best friend Krin was both amusing and heart-warming and perfectly portrayed.  And the sizzle between Ti'ann and Nathan all but crackled off the page.  This is one sexy story, from the heated glances and tension at the beginning to the smoking hot love scenes from the middle to end.  But Ms. Kelly didn't ignore emotion for sex.  The heart was there right along with the heat.

The only "bad" thing I found is something that may not bother others, but I'm an admitted grammar freak, so the occasional wrong word use jolted me from the story (angle instead of angel, heal instead of heel, peak instead of peek, etc).  I'm betting the vast majority of readers wouldn't have even noticed, but it did give me pause.

Still, that was a small thing and overall this is an amazingly good story that has it all: good plot, excitement, love, heat and a satisfying (albeit a little bit of a cliffhanger... when is the next story out?)  ending.  I'm so pleased I got to read "The Secret of Narava"!

Isabo Kelly grew up in Las Vegas, Nevada and has found a way to live in cities that attract tourists ever since. Though she started making up stories at an early age, Isabo originally chose science as her first career. She persued this by moving to Honolulu, Hawaii for her undergraduate degree in Zoology where she was lucky enough to work with dolphins for two and a half years.

From there she returned to Las Vegas and worked at various jobs, including the aptly titled position of Shark Lady (which included the care and feeding of live sharks, other tropical fish and reptiles) at the Natural History Museum. It was during this time that she started her first novel.

When the opportunity arose to move to Germany with her family, Isabo jumped at the chance. She spent a year and a half traveling Europe and developing her skills as a writer.