A Taste of Chardonnay by Heather Heyford - Q&A and Giveaway

This post is part of a virtual book tour organized by Goddess Fish Promotions. Heather will be awarding a digital copy of A TASTE OF CHARDONNAY to a randomly drawn winner via rafflecopter during the tour. Click on the tour banner to see the other stops on the tour.

Thanks for stopping by It's Raining Books. Why do you write in contemporary romance? What draws you to it?

I can’t remember a time when I didn’t know how to read. Then and now, I read everything I can get my hands on, both fiction and non-fiction. Yet when I started writing, I never thought about genre. I didn’t even know for sure what the term ‘genre’ meant! I’ve heard it said that all good songs are love songs. Aren’t many classic novels just love stories, plain and simple? Don’t we enjoy Eloisa James or Kristan Higgins or Robyn Carr the same as we enjoy Margaret Mitchell?

That said, putting ourselves into specialties or categories is a universal phenomenon, maybe because the world is so big now that it helps us figure out our place in it. To answer your question. I write contemporary romance because I’m fascinated with the decisions we must make when we go out on our own. The actions we take…the gut-wrenching emotions we endure in our search for meaning and that happily-ever-after. Even if you’re one of the lucky ones, starting out with a strong foundation and a little money, you still have to figure out how to live your life, and whom you want to live it with. Nobody can do that for you. That makes for a great story!

My husband and I were on a dream-come-true trip to the northern California wine country when I got inspired to write The Napa Wine Heiresses. Rolling vineyards beneath blazing blue skies, live music, and barrels of wine to be tasted are why they call Napa Valley, ‘America’s Eden.’ Gorgeous wine mansions tucked into the luscious scenery had me oohing and aahing as we passed one magnificent structure after another, wondering what it would it be like to live in one of those grand homes. By the time we boarded the plane home to the east coast, my mind was overflowing with ideas.

The Napa Wine Heiresses is about four sisters, and as I write, I see little snippets of myself in all of them. Though I certainly didn’t grow up rich, there’s a shade of my relationship with my father played out between Char and her Papa in A Taste of Chardonnay. Writing is great therapy.

Where do I begin? I wish I were one of those people who can sit down to write with the bed unmade, but I can’t. I have to have order around me before I can concentrate. Not that I’m a neat freak or obsessively clean, I’m just very affected by my surroundings. It comes with being visual, I think. And I also envy writers who can work to music. I do better with quiet.

Definitely a plotter. Those writers who claim their characters speak to them? So jealous! I have to straddle my characters’ chests and pummel their stories out of them!

On the wall to my right is a corkboard filled with pictures and a whiteboard scrawled with notes for A Taste of Sake, Book 4 in my series, which I’m starting this week. Each St. Pierre sister has her own book: Book 1 – A Taste of Chardonnay; Book 2 –A Taste of Merlot; Book 3 — A Taste of Sauvignon. You’ll find Char, Meri and Savvy in cameo roles spread across the series.

Book 4 is a little different, though. None of Sake’s half sisters knows that she even exists until she literally crashes into Savvy’s wedding reception!

I’d love to know from romance readers: When asked what you like to read, how many of you say, ‘romance?’ Do you think there’s a stigma attached to the romance genre?

When the richly bred, poorly raised daughter of a notorious Napa Valley winemaker competes with Hollywood’s hottest man in an unlikely race to see who can do the most good, who will win?

A single black-and-white car, lights flashing, passed them going in the opposite direction.

“Thanks,” she said in a subdued voice.

“You can’t afford any more notoriety.”

Char lowered the ice pack and turned to him. “How do you know?”

Here it came. She braced herself for his accusations.

When he didn’t respond, she asked more sharply, “What about my notoriety?”

It was making her crazy, not knowing what he knew.

In the dark, he sighed audibly.

“My mom told me some stuff. She’s lived in Napa city all her life. She knows everyone. Hears everything.”

“Like what, exactly?” Char braced herself for the worst, taking scant comfort in the idea that he couldn’t be that outraged, or he wouldn’t be here, driving her home. Or—to wherever they were headed.

“It’s not important.” Whatever dreck he’d heard, he was downplaying it. That much was for sure.

“How’s your cheek? Keep that ice on it.”

“Just tell me what you’ve heard. I’ll tell you which parts are true or not.”

He slid down the windows, letting in the night air—unusually balmy for early June—and combed his fingers through his hair.

Char sat stiffly, waiting. But after a few minutes, the steady whoosh of tires on pavement helped normalize her heart rate, and her spine relaxed a bit. There, in the shadowy cab of his truck, his striking good looks were obscured. And he couldn’t see her, either…or her top-of-the-line running shoes…her one-of-a-kind silver jewelry. For the moment, he wasn’t an egotistical movie star, and she wasn’t an empty-headed heiress. For just this moment, she could almost pretend they were ordinary people with ordinary lives.

And ordinary, if powerful, feelings. 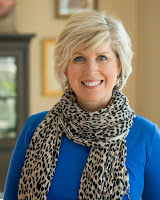 Born in the Northeast, Heather Heyford learned to walk and talk in Texas, and then moved to England. (“Ya’ll want some scones?”) While in Europe, Heather was forced by her cruel parents to spend Saturdays in the leopard vinyl back seat of their Peugeot, motoring from one medieval pile to the next for the lame purpose of ‘learning something.’ What she soon learned was how to allay the boredom by stashing a Cosmo under the seat. Now a recovering teacher, Heather writes love stories, feeds hardboiled eggs to suburban foxes, and makes art in the Mid-Atlantic. She is represented by the Nancy Yost Literary Agency (NYLA, @nyliterary) in New York City. The first book in her Napa Wine Heiresses Series from Kensington Publishing, A Taste of Chardonnay, is now available!

Buy the book at Amazon or Barnes and Noble. Now available in print from Amazon or Kensington Publishing.