This post is part of a virtual book tour organized by Goddess Fish Promotions. The authors will be awarding digital copies of both books on tour to a randomly drawn winner via rafflecopter during the tour. Click on the tour banner to see the other stops on the tour.

The first in a gritty new series featuring sheriff’s detective Katrina Williams, as she investigates moonshine, murder, and the ghosts of her own past…

Katrina Williams left the Army ten years ago disillusioned and damaged. Now a sheriff’s detective at home in the Missouri Ozarks, Katrina is living her life one case at a time—between mandated therapy sessions—until she learns that she’s a suspect in a military investigation with ties to her painful past.

The disappearance of a local girl is far from the routine distraction, however. Brutally murdered, the girl’s corpse is found by a bottlegger whose information leads Katrina into a tangled web of teenagers, moonshiners, motorcycle clubs, and a fellow veteran battling illness and his own personal demons. Unraveling each thread will take time Katrina might not have as the Army investigator turns his searchlight on the devastating incident that ended her military career. Now Katrina will need to dig deep for the truth—before she’s found buried…

It begins with a freak snowstorm in May. Hit hardest is the rural town of Colby, Connecticut. Schools and businesses are closed, powerlines are down, and police detective Jack Glazier has found a body in the snow. It appears to be the victim of a bizarre ritual murder. It won’t be the last. As the snow piles up, so do the sacrifices. Cut off from the rest of the world, Glazier teams up with an occult crime specialist to uncover a secret society hiding in their midst.

The gods they worship are unthinkable. The powers they summon are unstoppable. And the things they will do to the good people of Colby are utterly, horribly unspeakable…

Enjoy an excerpt from Chills:

Still, most people believed this storm would be the last of them for the year, and patiently suffered the weather to exhale its arctic breath one last time over all. The town of Colby warmed up the snowplows and salt/sand trucks in preparation for winter’s last hur- rah, and the townsfolk swarmed the local supermarkets, the Targets and Walmarts, the Costcos and the gas stations, to stock up on gaso- line and supplies.

Most were still blissfully unaware of the body found hanging from a tree in Edison Park, but they felt it, in the vaguest, unarticulated way. They felt the cold trying to wrench their skin from their bones, and they felt something else, too—a kind of forlorn loneliness trying to wrench peace of mind from their souls. Just as they stocked up on food and bottled water, shovels and gloves, they squinted into the night outside their homes before drawing blinds and locking doors, double-checking on the kids in bed and huddling closer to each other than usual. Something other than a late winter was in the air, and it chilled them just as much, if not more, when they thought too long about it.

Though not even the gossips would give voice to it, the people of Colby knew something was coming with the snow. 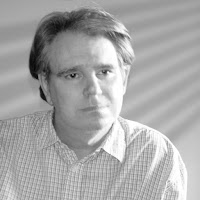 Robert Dunn is the author of the novels The Red Highway, The Dead Ground, and Behind the Darkness. 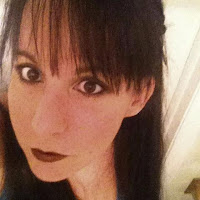 Mary SanGiovanni is the author of the Bram Stoker nominated novel The Hollower, its sequels Found You and The Triumvirate, Thrall, and Chaos, as well as the novellas For Emmy, Possessing Amy, and The Fading Place, as well as numerous short stories. She has been writing fiction for over a decade, has a masters in writing popular fiction from Seton Hill University, and is a member of The Authors Guild, Penn Writers, and International Thriller Writers.