The Gold Crucifix by Nickie Fleming - Virtual Tour and Giveaway

Today we're welcoming author Nickie Fleming  to the blog on her tour with Goddess Fish Promotions for her historical romance, "The Gold Crucifix".

Nickie is giving away two personally autographed print copies of her novel, The Haversham Legacy, to randomly drawn commenters during the tour (international contest), so comment today AND follow her tour (if you click on the banner over there on the left, it'll take you to a list of her tour stops)! The more you read and comment, the better your odds of winning. You could be introduced to a great new author AND win a prize!

Nickie answered all my prying questions, so let's turn the floor over to her!

When I was born, both my parents were working full time. So I grew up with my grandmother and grandfather (we all lived in the same house) and especially my granddad read a lot. He could spent hours reading in his (French) books, and when he took me on his lap, he read aloud to me also. His beloved genre was fiction by Alexandre Dumas, and I grew up loving the adventures of the Three Musketeers or the Man in the Iron Mask.

The older I got, the more I was convinced I could also write such novels. History was, after reading, the thing I liked best. In my teens I wrote dozens of stories which were each set in a specific era. Soon I felt most comfortable with the history of the 16th, 17th and 18th centuries, and those are the ones I frequently write about. I always take existing historical characters and events and spin my story around them.

Evidently, for historical fiction you need to have your fact right! I have a test reader who checks these. The guy is former secret service, so he’s used to verifying facts… And I’m very glad to say he’s never caught me on a mistake.

Having read so much about history, and having made my own data system (this was long before computers existed), I feel very comfortable with the era’s mentioned above and I don’t need to check out a lot anymore.

Hm – hard question! Imo, it’s not so much what I learned from my heroine, but what she learned from me. All my heroines are a lot like myself. They are women who have a mind of their own, who know what they want, who are not afraid and can face the world. I thank my grandmother for forming my character. She was a strong woman who survived two world wars and who was not afraid to face the Germans in this conflict. She always taught me never to surrender, to fight for my beliefs and to do only what I myself wanted. Her favorite idiom was: “If everyone jumps into the stream, will you do it as well?” and of course my answer was ‘No!’

I’m not superstitious. The only thing I need when I write is being on my own. I can’t put a word to paper when my sister (she shares the house with me) is around, so I have to withdraw to the attic to do some writing in the weekends, when I don’t have to work. And everything has to be neatly lined up on my desk. I can’t stand any clutter!

I do a lot of plotting before I begin a novel. It usually begins with an idea forming in my mind, and then I begin to plot. This can take some time and is mostly done in my mind only. I can spin entire scenes in my head before I even put something to paper. I never make schemes or schedules, just begin with the first chapter and then do more plotting as I go along.

Now you’ll be surprised! On my right are five jars of freshly made jam. We made strawberry-raspberry jam only half an hour ago, and the pots are cooling right now. We are staying at our flat at the coast, and his place is somewhat smaller than our house in Dendermonde, so I need to put my computer on the tablet where also the jam jars are cooling.

Yes, I’m working on a next novel. It’s a bit different from my previous novels in the sense that it will be more gothic in atmosphere. It is also set into the 19th century, which needed some research into the era and the history of medicine. I came to the idea when I wrote a collection of short stories some time ago, and thought it would make a nice change.

Well, that would be: what is your favorite era in history?

Good question! Come on, all ... let's give her an answer.

England, mid seventeenth century. When young Sarah finds out that innkeeper Amos Jennings is not her father, she feels uncertain and scared. Her problems grow bigger when she starts a job as housekeeper and gets involved with two men who both want her love: the earl of Linfield, and his younger brother Richard. To escape these problems, Sarah takes off to London to begin a new life as actress at His Majesty’s Theatre.

Richard cannot forget the young woman her met at his brother’s. He is determined to find Sarah and make her his own--even his wife, despite what his family thinks of it. But love never comes easy. Richard and Sarah will have to face many a storm--even the Great Fire of London--before they can become one.


Excerpt one (this is where Sarah meets Richard, the brother of her employer, for the first time)

It happened in the last bend of the lane, just before the clearing where the lawns and flower-beds of the manor became visible.

All at once Sarah heard the thundering of a horse in full gallop, and before she could even jump to safety, she was pushed off the road into the soft grass of the verge. She was so stunned she did not hear the curse of the horseman and how he pulled his mount to a standstill.

Slowly, she crawled to an upright position and immediately noticed the pain in her right knee. Neglecting the fact that her basket had fallen and its contents were shattered over the path--some of them trodden on--she started to rub her knee fiercely. Only then did she notice the man, who had turned his horse and who was now throwing disdainful looks in her direction.

Suddenly, she realized what danger she had barely escaped. This notion triggered a fit of anger, which became so violent she turned hot and enflamed. Returning his glances with eyes that shot fire, she snarled, "You fool! You could have hurt me!"

The look in his eyes remained cold, but the tone of his voice revealed a show of interest.

"In case you shouldn't know, let me warn you that you find yourself on private property," he said.

She refused to be intimidated and was quick to answer. "So right you are. But I am the housekeeper of the Grange…sir," and she put all her contempt into the word, "and I have every right to be here. I was walking alongside the road and you should have been more careful! The least you can do is offer your apologies to me, and if you're a gentleman, you will help me pick up my belongings." 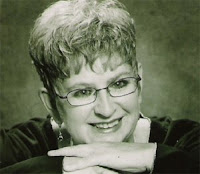 Nickie Fleming was born and raised in the historical town of Dendermonde, Belgium – home of the legendary Horse Bayard.

She read English Literature at the University of Ghent, and got her master’s degree in philology. Since then, she has been working as a high school teacher.

Her interests besides reading and writing are travelling, skiing in winter and enjoying fine food.