Together Always by Mimi Barbour - Book Review and Giveaway

Because of a facial disfigurement, Nurse Grace Joye has never felt beautiful, and when she’s told a brain tumor will end her life within a matter of weeks, she’s devastated.

Grace’s friend, psychiatrist Dr. Tobias Andrews has been experimenting with spirit travel. He suggests that Grace transfers her spirit to the body of his newest patient—Mrs. Vanessa Knight, a gorgeous-looking woman who is soon to be released from life-support. Grace doesn’t take much convincing to take this drastic step: she will live on and realize her two dreams: to be a mother, and be loved by a man….Only to hear her soon-to-be husband’s whispered words just before the life-support is switched off: “Good-bye, darling. I'm glad I’ll never have to see you again.”

Lucas Knight has been contentedly preparing for Vanessa’s death when the plug is pulled and the ventilators turned off. Throughout their marriage, this volatile woman had become increasingly vicious towards him and their young son. Therefore, he’s appalled and traumatized when, miraculously, she comes out of her coma. Strangely, this girl isn’t anything like the witch he’d said goodbye to. He could love this gentle angel. But, could he trust her to stay this way?

I was intrigued by the premise of this book and had to read to find out what happened.

We meet Grace right off and know what an awesome person she is, so can certainly understand when she's offered the chance to live in another body, the body of a woman declared brain dead.  However, as it turns out, things aren't exactly as they seem.

I loved Grace, Tobias and Lucas quite a bit. Who I did not love was Vanessa.  I think I was supposed to feel sorry for her once I discovered her background, but I didn't.  I really wish either she'd actually not been part of this book. I honestly think there would have been enough conflict without her, and she truly colored my enjoyment of what might have otherwise been a really amazing romance.  Watching Grace and Lucas fall for each other was wonderful.

So, while I'm glad I read this book, and I'm especially glad I found this author because I completely enjoyed her writing style and voice, because of Vanessa, this book wasn't one of my favorite reads.

“Oh, Mother! I'm sorry I was such a bad boy. You were so ang-angry with me that you got into an ac-accident. It was my fault, wasn't it? You weren't looking where you were going ‘cause I made you lose your temper.”

The sobs grew louder and Grace became fearful that the little guy would never stop. Hiccups wrenched his body and the wails broke her heart into smithereens. Suddenly, she experienced a tremendous welling of emotion from within and it overpowered her to where she felt she'd lose consciousness. Afraid, staggering under the double onslaught, she reached her hand toward the man whose eyes were brimming over.

He came closer, gingerly sitting on the bed next to them and rubbed his large hand gently over the boy's back. It seemed to soothe Sam and his cries quieted while he lay with his head nestled on her chest.

The boy refused to look up and burrowed even harder into Grace's embrace. “Sammy, please, you must stop or you'll be sick. Listen, baby, the road was slippery, and I wasn't being careful. It was my fault the car went off the road, not yours. I didn't want to have to admit this but here's the truth: your mum's a rotten driver.”

“You are?” Hope lit up globby eyes of green glass, and sniffles replaced the bawling from seconds earlier. His body relaxed and he leaned away from her so he could stare into her face.

Grace had always had a soft spot for children, but since they tended to shy away from her birthmark, she’d never had the pleasure of any up-close relationships with them until they were sick and needed a nurse. Then she'd been in her element.

Having this precious little guy stare at her with such adoration brimming out of his gorgeous eyes filled her heart. Love, such as she’d never before experienced, overflowed and oozed into every pore and cell until she belonged to him. From that moment on, she knew he’d be her first consideration in the same way that a dog knows its own pup.

“Is that why you'd never take me anywhere with you?”

Sickened by the actions of the woman's body she now controlled, she shook off her anger and stared into his questioning, glistening eyes, then nodded. “Uh huh! I'd never want anything to happen to you, baby…ever!” She dropped a kiss on his soft blond hair. “But I promise you one thing. From now on I'll not go anywhere in a car until I've gotten lessons so I can learn how to drive better.”

“Then you could take me with you.”

She looked up at Lucas, a question blazing. His nod was hesitant but finally forthcoming.

She smiled at the boy. “I would like that very much.”

The indecision the boy fought before he kissed her cheek was telling and, oh so sad. She leaned forward ever so slightly, encouragingly, and felt his warm lips caress the one area on her body that needed the tender touch. She knew before falling asleep, and every night afterward, she would relive that moment over and over again.

She hugged Sam once more, and like little boys do, he settled down beside her and curled up in her arms. With a loud sigh, his eyelids began to droop. Sifting her fingers through his blond curls worked the magic as he released one last quivering sound and then went limp.

Lucas shifted and drew her attention. Still pale from watching his son suffer, he rubbed at his cheek one side and then the other, his hand finally covering his mouth as he leaned his chin onto it and stared at her with his head angled to the left.

Mesmerized, his grey eyes compelling, she couldn't look away, not even a little. His held her prisoner, and having no talent or skills in concealing her feelings, she knew her emotions were open to him like a picture on a television screen. God, don't hurt me, she worried, her skin flushing hot and cold—terrified.

Before she knew what he would do next, he leaned over and kissed the same cheek his son had moments earlier. When the little boy lips had touched her skin, love had resulted. When the man's lips touched the same place, she thought she'd swoon. Never in her life had a moment been so beautiful.

His hand reached up and caressed the opposite side of her face and he leaned forward to whisper in her ear. “We both know you’re a terrific driver, Vanessa. Get better soon. I want you to come home.” 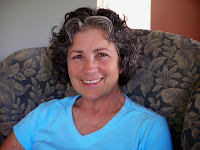 Author of five series: The Vicarage Bench, Angels with Attitudes, Vegas, Elvis and the brand new sizzling romantic suspense series called Undercover FBI. Mimi lives on the East coast of Vancouver Island and writes her romances with tongue in cheek and a mad glint in her eye. “If I can steal a booklover’s attention away from their every-day grind, absorb them into a fantasy love story, and make them care about the ending, then I’ve done my job.”

Buy the book at Amazon, Barnes and Noble, Kobo, or Smashwords.

a Rafflecopter giveaway
Posted by MJ Thomas at 3:45 AM