This post is part of a virtual book tour organized by Goddess Fish Promotions. Enter to win a $50 Amazon or Barnes and Noble gift card. Click on the tour banner to see the other stops on the tour.

M.K. Harkins stopped by to answer some questions for us. Welcome, M.K. Tell us some things. Essential to life: Coffee, Vodka or Chocolate?

An easy one! I would like to order a hot coffee with a shot of vodka and please drizzle it with chocolate

A little known book we should read:

The Spirit Dragon by Kerry Morgan

Why do you write?

It’s fun. I love to read – now that I’m on the flip side, I’ve found that I love writing even more! Instead of reading a book thinking “No! Don’t do THAT!” I can be the Master of the Universe (haha) and have the characters do what I want :-)

My daughter recently posted on Facebook “I’m pretty sure I have the coolest mom ever!”

What would surprise us about you?

I’ve always considered myself a reader, not a writer – until a quiet Sunday (Feb 3rd, 2013) when I became bored with my Kindle offerings. I opened my laptop and I didn’t stop until Intentional was complete (I did take bathroom breaks and slept occasionally)

Cade, the gorgeous song man, has every reason to steer clear of commitment and train his soulful eyes, killer dimples, and sexy voice on every beauty swaying to his band. So why is it that he finds himself truly, deeply and unintentionally, fixed on the one woman who is not so easily swept away?

The sequel to Intentional, the debut romantic novel by MK Harkins, Unintentional is the heart-racing new work that follows the tangled thread of Cade in the aftermath of his heartbreak in losing the one woman he thought was his soul mate. After taking a hiatus from his job as an engineer, as well as his role in the band as lead singer, Cade reemerges in the Seattle music scene. Enter Laurel, the tenacious and determined music agent. Laurel is determined to sign him, no matter how clearly reluctant he is. Though they try to resist one another romantically, the magnetism is as immediate as it is powerful.

Unintentional offers readers an intricate, riveting story about the fraught paces of love, while also offering strains of heartwarming humor. With rich detail, authentic characters, and plenty of blood-pumping romance, Unintentional is a moving and multilayered look at how love can slip through our fingers, only to be pulled back again at the most surprising, stirring moments.

I’ve never understood how Scott, and especially Ayden, can do the whole “one night stand” thing. In college maybe, but they’re too old to still be doing that shit. But I guess some people never outgrow it.

“You know that’s not the way I roll, Scott. Never has, never will be.”

Scott grins and says, “I had to give it a try. I could never understand why a guy like you, with women literally throwing themselves at you, doesn’t take advantage of that shit.”

Scott can be so dense at times. “You’ve just said the operable word. Advantage. I don’t take advantage of girls, Scott. Anyway, they’re just wrapped up in the fantasy of a singer in a band. It’s not me they really like. It’s just who they think I am, some bad boy rocker with tattoos. They don’t know I just like to hang out on the weekends and watch sports like everyone else.”

Scott laughs. “So true! You are a boring bastard. You should give them a chance though. Maybe one of them will like football?”

“Have you seen the girls at the bar? I have yet to see one who looks even remotely interested in anything other than a good party and having fun. I don’t want a party girl, you know that, Scott. Besides, I tried that coping technique after Jennifer, remember?”

I remember it all too well. I walked in to find my then girlfriend, Jennifer, having a little too much fun with her college math tutor. It was our senior year in college, and I was devastated.

I spent the next year escaping into the beds of whatever girl was available, hoping Jennifer would notice. She never did.

“How about one of those chicks at your engineering firm? They should be boring enough for you.”

“Too boring. Mattie was it for me,” I state unequivocally. 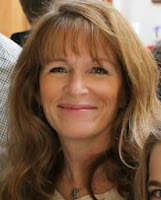 MK Harkins is the author of the romantic novel Intentional. An avid reader, she began writing fiction when she ran out of reading selections on her Kindle. Her new novel, Unintentional, is a sequel to her first work and is based on the life of the character Cade. A business owner, Harkins spends her free time traveling, watching movies, reading voraciously, in addition to creating her own fiction. The author currently lives in Mercer Island, Washington. http://www.mkharkins.com
https://www.facebook.com/pages/Mk-harkins/534181436623433
https://www.goodreads.com/book/show/22050125-unintentional
https://twitter.com/mk_harkins