This post is part of a virtual book tour organized by Goddess Fish Promotions. One randomly drawn winner via Rafflecopter will receive a signed copy of Danse Macabre. Click on the tour banner to see the other stops on the tour.

Cristelle has visited with us a couple of times before-- you can see her stops here Welcome back, Cristelle! Would you tell us a little about your newest release that isn't in the blurb?

The story is set a few weeks before Christmas, so private investigator Alexandra Neve trades her Converse sneakers for faux-fur boots, as she and her partner Ashford Egan are hired to find a missing ballerina. The dancer’s mother is certain her daughter wouldn't simply run away like the police have suggested and everything Neve and Egan manage to find suggest she may be right.

In the meantime, young girls keep turning up dead in East London and both investigators soon fear their missing ballerina could become the next victim if they don't find her fast enough.

At some point, Neve and Egan find one of the missing girl’s body. It’s pretty gruesome crime scene and the aftermath of that discovery was delightful to write. I love writing big emotional scenes. The parts where Neve and Egan go down into the closed-off lines of the London Underground were pretty fun too.

I wouldn’t mind being Neve for a couple of days. Her life is much more interesting than mine, and I’d love trying to solve one of her case. Although I’d chose a simpler case; one that is less life-threatening. Maybe following a cheating spouse, or spying on someone while wearing a disguise.

How did you create your characters, where do their personality traits come from?

Then I created someone who’d walk the streets with her. I wanted a man, but not a potential boyfriend. I wanted someone older, more mature. I thought Neve could be a student and the man could be one of her professors. But I didn’t want this to be too one-sided. If his role was to help her grow and reach her full potential, then I wanted her to be able to bring him something in return — and I didn’t want him to be a perfect, well rounded person either; he had to have flaws too. This was the point where I thought, why not make him blind, and ill-mannered, and closed-off? And so… Egan came to life.

As such Lexa could be his eyes, and he would be the ears. And because she’s so fierce and fiery, he would be the exact opposite and be cold and collected. That’s how I ended up with two co-protagonists who complement each other in a completely dissymmetrical way. 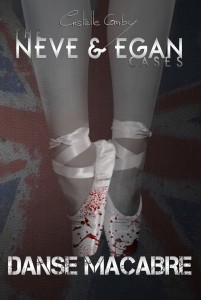 Private investigators Alexandra Neve and Ashford Egan are hired to succeed where the police have failed, to safely return home a missing ballerina. With no lead to pursue and no idea who could be behind the young woman’s kidnapping, they soon find themselves at a loss as to what to do.

To make matters worse, the heart of England seems to be caught in the middle of a little Ice Age. With snow endlessly falling and Tube lines either too cramped up to use or out of service, it is a pain to do any legwork in the huge metropolis.

Oh, and because trouble never comes alone, there may also be a serial killer on the loose in the streets of East London...

I take a better look at the dancer facing us. He looks… fragile more than shy. He has bags under his eyes, his nails show the traces of nervous biting, and his clothes are ill-fitting. Lack of sleep, tension, weight loss. What is going on in Marc Jules’ life? What is he trying to hide from us? ‘That’s not all, is it?’ I lean forward, look at him square on. ‘There’s something you’re not telling us. It’s plain to see.’

The young man shrinks in on himself even more. ‘No… no, nothing. I told you everything I know. I have no idea where Isabella is. I swear.’ A thought strikes me, and I try another angle. ‘She obviously means something to you.’

The man’s eyes shift to the side as he focuses all of his attention on the half-empty lemonade glass sitting on the table. Gotcha!

‘You like her, yet you refuse to help us; it doesn’t make sense,’ I continue. ‘What would Isabella say if she could see you now?’

‘I don’t know anything,’ Marc protests with fervour.

‘Then stop lying to us,’ Egan says. ‘What are you not telling us?’

‘If what you’re saying is the truth, you would do well to stop keeping things from us. You’re slowing us down, Marc; you’re wasting our time,’

I continue, relentless. I can feel we’re close to breaking him, so very close. ‘Do you know how valuable time is, in a situation like this? Time is everything. Every second we’re wasting on you is taking us further away from Isabella.’

‘You’re letting her down, right now.’ Egan adds. ‘Maybe you’re not her friend after all.’

‘No — she’s my friend. I swear.’ Marc rushes the words out, tears welling up in his eyes.

‘She’s helped me when no one else would. I owe her so much.’

My eyebrows rise up at the words and I cock my head to the side, my expression expectant.

Marc bites down hard on his lip the second he finishes his sentence. He didn’t mean to reveal this much to us, but it’s too late now. The cat’s out of the bag. I soften my tone now that I’ve got what I wanted. ‘What do you mean, Marc? How did she help you?’

‘I don’t… she just…’ He stops himself, crosses his arms over his chest. ‘It’s nothing to do with any of this.’

‘Let us be the judges of that,’ Egan says. ‘If Isabella was involved, it could be relevant.’

‘It’ll stay between us,’ I promise. ‘We’re not the police, Marc. Whatever it is, no one else needs to know.’

The young man lets out a long breath as he uncrosses his arms. Defeated, he lets his hands hang limp in his lap. 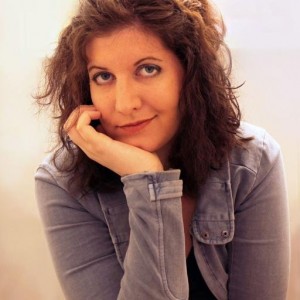 Danse Macabre is her third new-adult novel, and she’s hard at work on the next titles in the Neve and Egan series.