This post is part of a virtual book tour organized by Goddess Fish Promotions. Cherry will be awarding a $25 Amazon or B/N GC to a randomly drawn winner via rafflecopter during the tour. Click on the tour banner to see the other stops on the tour.

T-FLAC is back in an exciting action-adventure romance filled with danger, subterfuge and steamy, red-hot attraction.

NO MEMORY OF HIS PAST

Powerful cartel leader Sin Diaz lives a dangerous life filled with secrets and lies, and surrounded by people who claim to have known him all his life. Yet flashes of another life, totally unrelated to the jungles of Cosio, hang tantalizingly on the edges of his memory. He'll trust no one until he recalls his true past.

NO DREAMS OF A FUTURE

T-FLAC operative Riva Rimaldi's mission is simple. Go undercover, learn terrorist Escobar Maza's agenda, then kill him. But when the helicopter she's on crashes deep in the jungle of the small, volatile country of Cosio, she finds herself in the wrong hands. Is the sexy as hell leader of the ANSL, Sin Diaz, the enemy of her enemy, worse than Maza himself? Or is he someone entirely different than his reputation – and will he become her lover?

TOGETHER THEY HOLD THE KEY

Sin and Riva must work together to stop a madman who will go to any lengths to attain his terrifying goal. But can they unravel the truth in time? The timer is ticking.

What they don’t know could get them killed.

T-FLAC operative Riva Rimaldi had a clear mental image of the chopper she was on: It was hurtling toward the ground, following a fiery explosion.

Five out of the six people on board would die. She was sorry she couldn't forewarn the two operatives accompanying her of their impending death. The warning would be useless and come too late. That was the bitch of her ability. When she received a vision, she knew precisely what would happen, but not precisely when. Even more of a bitch was that she while she could see the future, her ability to modify it was typically nonexistent. Riva had to let the nightmares that ran through her brain play out in real life.

She saw it as the pilot did. A bright, swiftly moving light headed up at them from the trees below.

“SAM.” Surface-to-air missile? Out here? In the middle of nowhere?

Curling into a ball around her duffel, one hand wrapped in the backpack’s straps, Riva braced for impact. She might as well kiss her ass good-bye. Despite what she'd seen, no one would survive the hit, and if she did, she’d wish she hadn't.

Between one heartbeat and the next, the missile slammed the tail with a loud, fiery explosion, spinning what was left of the chopper end over end. A blast furnace of heat engulfed her as she was thrown around the cabin like a rag doll. Everything gyrated like a kaleidoscope around her, as if she were separate from the event. In the split second when rational thought was possible, Riva knew she couldn't jump out. Even if she had a chute, which she didn't, she'd be sliced and diced like chopped salad by the swiftly spinning blades if she attempted it.

Primal fear set in and all she could do was scream as she, and what was left of the burning chopper, hurtled uncontrollably toward the trees. 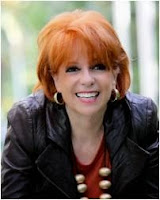 New York Times/USAToday Bestselling author Cherry Adair’s innovative action-adventure novels have appeared on numerous bestsellers lists, won dozens of awards and garnered praise from reviewers and fans alike. With the creation of her kick butt counterterrorist group, T-FLAC, years before action adventure romances were popular, Cherry has carved a niche for herself with her sexy, sassy, fast-paced, action adventure novels. She hates first drafts, has a passion for mentoring unpublished writers, and is hard at work on a new T-FLAC trilogy. Cherry loves to hear from readers.