This post is part of a virtual book tour organized by Goddess Fish Promotions. Marie will be awarding a $20 Amazon/BN GC to a randomly drawn winner via rafflecopter during the tour and three randomly drawn commenters will each receive an ebook copy of the book. Click on the tour banner to see the other stops on the tour.

Why did Kaja – a bearer of good fortune – suddenly run out of luck? Shadow creatures lurk in the dark, one misfortune leads to the next, and her fear of being claimed by the aristocrats increases by the hour. Furthermore, she is torn between her seaman and the wild wood wanderer, before whom all warn…

Can she escape her superior opponents? And how will her heart decide?

Before the midday heat sent Donn’s residents retreating to their homes, she was almost sold out and Kaja hummed to herself as she packed up the leftover goods. Just as she stowed the last honey jars, she discovered two stalls further, in front of Salina the tailor, a tall man with pitch-black, wild hair standing on end. He was barefoot, and wore dark suede pants and a fur bag over the shoulder. A wood wanderer!

Kaja knew she’d better look away – her father had ingrained it in her thoroughly. “Never speak to a wood wanderer!” he had always warned. “Do not look to them and keep your distance! They are dangerous!”

However, she couldn’t pull her gaze away from the stranger. Dangerous? Might be. But fascinating! And besides, she couldn’t leave Salina alone with one of the dangerous forest dwellers! Now he turned his head to her and held midway in the movement. She wouldn’t be deterred! Defiantly, she lifted her chin, took a few steps toward him and held his gaze. Were those gold spots in his deep brown eyes? His mouth twisted into a grin. His teeth were not in the least black and putrid, as it was always said!

She had almost reached him, as a tumult arose.

The savage looked around. Before him was the market stand on his left, and from the middle of the market guards came through the crowd. The only possible way led past Kaja. He gave her an appraising look and sprinted in her direction. In passing by he touched her arm and a huge energy shock flashed through her. If the sky hadn’t been clear and free of clouds, she would have sworn she’d been struck by lightning! By the gods, how was that possible? 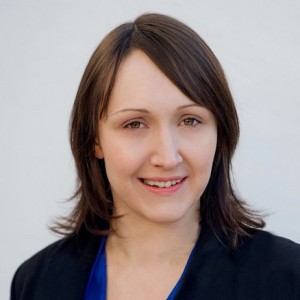 About the Author:As a fantasy writer, office manager and optimist Marie Mohn lives with her husband and her son happily in the heart of Austria.

Born in 1985 as the daughter of two authors, she was naturally fascinated by the magical world of books since childhood, devouring one book after another, and soon began to write herself.

Creativity and joy interlink closely in her opinion and she loves to enjoy – besides her own life – invented worlds and adventures.

The German version of “Talisma” has already been successfully published in 2014. It has plenty of great reviews (average rating at Amazon 4.9/5).

"Talisma" has been published on 25th February 2015. It offers thrilling entertainment with a sarcastic heroine, new figures in the world of fantasy (wood wanderers, bearers of good fortune and shadow creatures) and a stirring love story.