This post is part of a virtual book tour organized by Goddess Fish Promotions. Alison will be awarding a $20 Amazon or B/N GC to a randomly drawn winner via rafflecopter during the tour. Click on the tour banner to see the other stops on the tour.

Katherine Whitton doesn’t purposely avoid men and relationships, but she doesn’t mind that side effect of immersing herself in her job with the San Francisco Blaze. Years ago she was betrayed by her one true love, and she’s never fully recovered, though she’s tried by building a new life in a city she loves.

It’s taken seventeen years for Tom Morgan to get over Katie—Katherine now. Sober now and faced with the incredible opportunity to manage the Blaze, he thinks he’ll finally be able to handle working with this beautiful woman without falling to pieces…as long as she doesn’t get too close.

A crisis with the team's star pitcher forces Tom and Katherine to put in long hours together. Years of animosity melt away as the sexual tension between them ignites. But it’ll take more than scorching kisses to avoid the wreckage of the past. And neither Tom nor Katie are sure they’re ready to trust each other or risk their hearts for a second chance at happiness.

Striding through the locker room portion of the clubhouse, Katherine ignored the players in various stages of undress and made her way down the long hallway that led to the staff offices. When she reached the last office on the right, she crossed the threshold, found the edge of the door with her palm and with the force of her ire, slammed it shut.

A perverse sense of satisfaction filled her as Tom Morgan visibly flinched and jerked his head up from the open laptop sitting on his scarred oak desk. In the space of a few seconds, his blue-green eyes went from startled to annoyed. No surprise there; it wasn’t like she hadn’t been on the receiving end of that particular reaction before.

“You always did know how to make an entrance.” His lazy drawl still held a hint of Texas and never failed to heighten her pulse. A fact that irritated her beyond measure. “What’s got your thong in a twist this time?”

“Rick Taylor.” Katherine moved forward but didn’t sit down in the chair opposite his desk. She didn’t plan on staying long. And how did he know she wore a thong anyway? “Why am I the last one to know he’s thinking about resuming his baseball career?”

Tom leaned back in his leather chair, a ghost of a smile hovering on his lips. “I doubt you’re the last person to know, and I only found out two days ago.”

“Why didn’t you call me immediately? If Rick is trying to make a comeback, my department needs to be involved.”

“It isn’t my place to call you. It’s Doug’s.” His enigmatic eyes briefly skimmed over her body, then lifted. There was no indication whether he liked what he saw. Not that it mattered. Not anymore. “Besides, aren’t you the one who said you preferred I didn’t contact you after hours?”

Tom shrugged, drawing her attention to his broad shoulders. The Blaze T-shirt he wore didn’t do much to disguise his muscular upper body. Although he didn’t play anymore, he was still in excellent shape. Of course, he wouldn’t be one of those ex-athletes who let themselves go after their playing days were over. He was still a perfect specimen. Not that she spent a lot of time thinking about him or his body.

Okay, fine. Maybe she thought about his body once in a while. But only because it was an involuntary response.

“I assumed Doug would call you as soon as he got off the phone with me. Rick hasn’t made it official. There’s not much we can do until he does.”

Katherine gave him a grudging nod. He was right, but she didn’t have to like it. By all accounts, patience had never been one of her virtues. Starting from the moment she’d arrived into the world—three weeks premature. “I understand that. But I need to be kept abreast of the situation. I assume if he does intend to come back, he’s going to one of our minor league affiliates?”

“At the moment, that’s hard to predict,” Tom said. “We have no idea what his fitness level is. He’s basically missed two full seasons. If he’s in top shape and his skills haven’t diminished, he could be considered for one of the non-roster invitee slots at spring training with the Blaze. If not, he’ll start out in the minors. At what level would depend on him.”

“I’d appreciate it if you’d keep me in the loop. Due to the circumstances, this is going to be a big story. I’d like some advance warning so I can prep my staff and make sure we keep the media circus as far away from him as possible.”

“Don’t call me that,” she snapped, annoyed that he seemed incapable of using her given name whenever they were alone together.

“Sorry.” The grin that played at the corners of his mouth indicated he wasn’t sorry at all. “Force of habit.”

She narrowed her eyes and gave him her best glacial stare. Not that it would do any good. As always, Tom would do as he damn well pleased. “Break the habit.” 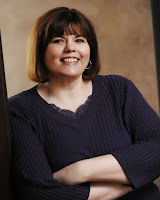 Originally from the San Francisco Bay Area, Alison now lives in Southern Nevada where she’s still getting used to the blistering summers and the slot machines in every grocery store.

When not working at the day job that pays the bills, keeps a roof over her head, and supports her book and chocolate habits, Alison spends most of her free time writing. But when she takes a break, she enjoys reading, watching movies, and spending time with her family and friends.