Saving the Children by Fran McNabb - Spotlight and Giveaway

This post is part of a virtual book tour organized by Goddess Fish Promotions. Fran McNabb will be awarding a $15 Amazon or Barnes and Noble GC to a randomly drawn winner via rafflecopter during the tour. Click on the tour banner to see the other stops on the tour.

The lives of six orphans lie on the shoulders of a nurse and a wounded Special Ops soldier. . .

After losing her husband and unborn child in a car accident, Victoria Lafferty has devoted her life to helping South American children find homes in the US, but her plans are thrown into chaos by a rebellion in the country.

When his mission is compromised and he is shot and captured, Major John Dawson is kept alive so the rebel leader can “take care” of John himself for killing his brother.

Together Victory and John face the hostile jungle and the rebel leader, but will deep-seated guilt and a desire for revenge stand in the way of their life together?

The distant scream of a jaguar shattered the morning quiet of the jungle. Major John Dawson lay unmoving and imagined the beauty of the big cat stalking his prey in the last moments before the sun drove the animal into hiding.

John waited for another roar or scream from the thick underbrush—anything to help his mind escape the pain.

Finally he forced his eyelids open to face another day in captivity somewhere in the bowels of the tiny country of San Gabriel. Weak streams of light struggled through the hole in the thatched roof and fell on the dirt floor. The odor of lingering smoke and burned cornmeal sent his stomach muscles into knife-cutting contractions.

He covered his lower face with his hand then took several long deep breaths. Carefully he turned his head to the side to see how far the bucket of water sat away from him. He needed to wet his parched mouth, but getting to it meant moving, and moving meant more pain.

Bracing himself, he swallowed, lifted his elbow to begin the slide, but stopped. Talking and footsteps outside the door of his hut made him stop. His body went on alert. With a bullet still lodged somewhere in his left shoulder area and fever draining his body of every ounce of energy, there was nothing to do but wait for the makeshift door to be thrown open.

He gritted his teeth. He hated being helpless. 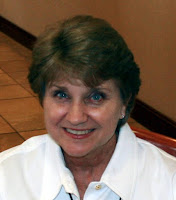 Fran McNabb grew up along the beaches and waterways of the Gulf Coast and has used this setting in many of her novels. She and her husband live on a quiet bayou harbor and love to spend time fishing and boating with their sons and families. Visit her at www.FranMcNabb.com.

The book is on sale for $0.99. Buy the book at The Wild Rose Press, Amazon, or Barnes and Noble.