Virtual Tour and Giveaway: Project Moses by Robert B. Lowe

Today we're welcoming author Robert B. Lowe to the blog on his tour with Goddess Fish Promotions for his high-tech bioterrorism thriller novel, Project Moses.

The author will award a $10 Amazon GC to one randomly drawn commenter during the tour. So comment today AND follow his tour (if you click on the banner over there on the left, it'll take you to a list of his tour stops) -- the more you read and comment, the better your odds of winning. You could be introduced to a great new author AND win a GC!

I asked the author to share five things about himself that we might not guess -- I love getting to know something a little different than the norm about authors we feature! Take it away...

1. I started Project Moses more than 15 years before I finished it. I began writing it when I had time between jobs in the mid-90s. Then, I set it aside while I worked as a lawyer and high-tech business consultant. I picked it up again in 2011 and finished it. Talk about being able to look at it with fresh eyes!

3. As a reporter, one of my most memorable stories required weeks of research in rural Arizona. It’s no coincidence that in Project Moses some of the genetic and agricultural research takes place there and the main character, Enzo Lee, travels there to investigate what is going on.

The story I worked on there was about a rural county that had been forcing poor women to be sterilized at the county hospital. My partner and I spent two months during the summer there knocking on doors in the poorest neighborhoods – sometimes mere shacks. We were trying to find women who had been victimized by this policy which the local doctors had implemented to save on welfare costs. We found numerous cases, exposed the forced sterilizations, and ended the practice.

4. I have been around a lot of women in my life and am probably more comfortable in a female-dominated environment than a lot of men. I had 3 sisters and no brothers and although I’m close to my father, he was very busy when I was growing up and not a big part of my day-to-day life. I remember having a lot of aunties around. I have two daughters. My wife had 5 sisters, no brothers. Of my nieces and nephews, I have 3 nephews and probably 15 nieces (lost count). When I look back at the characters in Project Moses I can see that the female ones generally are better aside from Enzo Lee, the main protagonist. I’m sure it’s no coincidence.

5. I will eat almost anything once. Generally, it’s worked out pretty well but there are some dishes for which I wouldn’t go back for seconds. Crickets is one.

“A thriller with an ideal fusion of wile and wit.”- Kirkus Reviews

Project Moses is a high-tech bioterrorism thriller in the Grisham mode that has been well received on Good Reads, Library Thing and Kindle (4.8 stars based on 18 reviews as of April 4). It has romance, suspense and humor.

Enzo Lee, 37, a burned out reporter, has forsaken investigative reporting on the East Coast to churn out feature fluff in San Francisco. He likes his North Beach apartment, steps away from his Chinatown roots. Running, tai chi, great food, women who are attracted to his exotic looks. Life is good.

Then, Lee is ordered to cover the unexplained deaths of a local judge and prosecutor. Intrigued by the connection, and the judge’s attractive niece, Sarah Armstrong, Lee begins to uncover a bioterrorism scandal whose perpetrators - including government officials and Silicon Valley titans - will kill to conceal.

When Lee and Sarah become targets, the question becomes whether the pair can evade their hunters and piece together the story before their time runs out. Project Moses is set in San Francisco, New York and Silicon Valley. 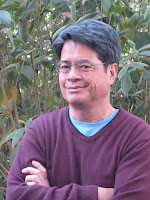 Robert B. Lowe is a Pulitzer-prize winning author whose fiction is based in San Francisco, his adopted home.

His past experiences – a 12-year career in investigative journalism and a Harvard Law School degree – enable him to write gripping mystery thrillers in both the legal and journalistic fields. Lowe draws his inspiration from John Grisham, Dick Francis and Lee Childs and adds his own San Francisco twist. Readers will enjoy his references to the city’s landmarks such as Chinatown, North Beach and Pacific Heights and the Bay area’s foodie culture.

When Lowe isn’t writing he enjoys a day at the golf course and spending time with his wife and daughters.