"Beneath the Wall" by Eryn LaPlant - Author Interview 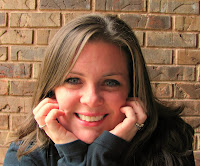 Today I'd like to welcome author Eryn LaPlant, here to talk about her historical romance, Beneath the Wall. Thanks for stopping by, Eryn, and for answering all my prying questions!

I write historical fiction because I love history. I am drawn to it as if part of my soul is lit afire when I’m in a historic moment. As a little girl my parents took me to famous historical sites like Sturbridge Village and Plymouth Plantation in Massachusetts, Colonial Williamsburg in Virginia, and the old parts of Atlanta and Savannah, Georgia and I loved it. It’s like I can go outside of myself and become of a part of the world I’m studying.

Oh my gosh, a ton! Especially in Beneath the Wall, I had several of aspects to think about to make it as realistic and accurate as possible. I had at least five different areas to learn about before I could write. I needed to know about the actual country of Vietnam, the 1960s – the fashion, popular names, the slang; the actual War moments from 1966-1968, the Marine Corp, and lastly the other three places I briefly mention: New York City; New Brunswick, Maine, and San Antonio, Texas. It’s a lot of work, but in the end it makes it so much better of a book knowing that all details are correct. Studying the Marine Corp had to be the best part! I have a local recruiting station that I often visited to get details, as well as a very helpful next door neighbor who was stationed in Egypt before I met him. Although the men didn’t quite understand why I needed to know if they have a zipper fly or a button one on their uniform pants! Hey, it’s a legitimate question, people get undressed daily don’t they? And to answer the question, they have buttons on the camo pants, zippers on the dress uniforms.

What an interesting question! I never thought about it, so let’s see. From Julianne, I learned not to give up. She was brought to a point of humiliation and still pulled herself up by her bootstraps and made people notice a stronger girl than the one who first arrived in the Marine camp. She’s quite a feisty chick! As for Mack, mmm I love Mack, many a writer falls “in love” with their hero, but what did I learn from him… I learned to cherish the tiny moments, no matter how insignificant they are, because you never know how quickly things will change.

Ha! I am an interesting quirk even when I’m not writing! But yeah, sure I have music playlist per book I write. In the case of Beneath the Wall, it’s a lot of 1960s music and the Forrest Gump soundtrack. I often used that small Vietnam part in Forrest as my visual reference when I needed it. I also chew a lot of gum, because I have to have something going on while I’m thinking, typing and reading and if I snacked all the time I’d be as big as a house so Extra Peppermint gum is my downfall. No superstitions though, but I do talk out my dialogue sometimes.

I think I’m a bit of both a plotter and a pantser. I will plot out what I want to happen in a chapter, but also let the characters do what they want. There are always rewrites that can fix anything that got too far out of the story. 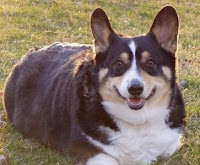 That would be my Pembroke Welsh Corgi Earl. He’s sleeping on the ground half on top of my right foot. It’s his permanent position, he’s a great foot warmer. Just like his owner, Earl’s a quirky and unique dog. Unlike the other two Corgis I own, he’s a whopping 60 pounds! He has a thyroid issue and hates exercise, but he only eats a cup of food a day, so he’s not overfed. We let him be though since he’s an old man at the ripe old age of thirteen. Earl is a sweet dog and the best writing “partner” a girl could get.

Another book, of course! It's a time travel set partially in 2001 and 1928, involving a history student and a musician lost in time. It's a wonderfully fun, mysterious and dramatic story called The Blue Lute. After that, The Blue Lute has a short untitled sequel and currently I'm working on my newest book that I affectionately call my World War II Fairy Tale, since I don't have a title for this one yet either.

All right readers, like history does to me, what subject fills your soul? What lights that ball of energy in your belly and makes you so excited to read more and more of?

Hidden beneath wall, a journal.  With the answers to everything.

First a mystery guest shows up at the funeral for Jesse Parker’s  mother, Julianne. Then a hidden box reveals papers that claim Jesse’s brothers were adopted. All it takes is one more surprise discovery for the real truth of Julianne’s life to be brought to light.

Hidden from Julianne’s children is a journal containing the deeply personal story of her time as a combat war journalist in Vietnam. Mixed among her tale of the bombardment of war and harsh reality of being the only female amongst Camp Dakota’s troop of Marines, is the history of Julianne’s relationship with Sergeant Mack Roberts, the son of a WWII sailor and Japanese woman. Both Mack and Julianne are outsiders in a sense—bound together by love, and torn apart by war.

Yet the secrets that follow in the pages of his mother’s journal show far more than an average love story as Jesse learns how twisted fates can become, and how a selfless attempt to give him and his siblings the most normal lives possible will turn everything they’ve ever  believed about themselves on end.

About the author: Eryn LaPlant grew up wishing she could have lived in another time, so now she writes her own romances and lives through her characters. When not writing, she spends time with her loving husband, their handsome son, and three chubby Welsh Pembroke Corgis in the land of Lincoln. If she can't live in the past, she figures she can at least live amongst it!

Publishing company is: Black Lyon Publishing at blacklyonpublishing.com
My website is: novelisterynlaplant.wordpress.com
Posted by MJ Thomas at 6:45 AM