The Hands of Tarot by SM Blooding - Review tour and giveaway 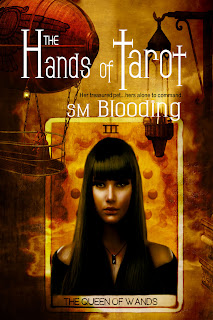 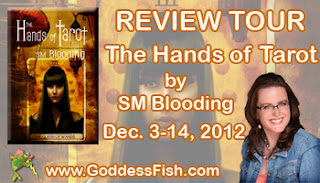 This review is done in conjunction with the author's virtual tour with Goddess Fish Promotions. SM will be awarding a Tarot Doll of their choice to a randomly drawn commenter (US/Canada Only) during the tour (for more information: http://www.smblooding.com/ht1-order-tarot-doll-autographed-book), so comment today AND follow the tour (if you click on the tour banner above, it'll take you to a list of her tour stops) -- the more you read and comment, the better your odds of winning. You could be introduced to a great new author AND win an awesome prize!

She killed his father. She imprisoned and beat him.

And now she thinks he’s her trophy.

Synn El’Asim will do almost anything to prove her wrong. But he’s only proving her right.

Queen Nix awakened his Mark of power and inducted him into the House of Wands. She knew what she was doing. The son of the two most powerful Families standing against her is the ultimate prize.

What she didn’t take into consideration was that maybe he was too strong for her. Maybe.

The Families aren’t. They’ve been weakened, and it’ll take a lot more than one young man with a powerful Mark to take on the Hands of Tarot.

I have to say right off that I struggled with the book and with writing this review.  First: the book is marked as YA, but I wouldn't let my daughter read it (she's almost fourteen) because the torture the hero, Synn, goes through (as well as others that Nix has enslaved) is significantly sexual and while not a lot is laid bare on the page, it's definitely and very clearly implied.

However, older teens and adults, especially fans of fantasy and steampunk, should find this book quite satisfying.  Though I admit to being utterly confused through the first several chapters (I couldn't picture this world in my mind at all -- I felt as though I'd been tossed into a completely foreign land with no clues as to how any of it worked), eventually I began to figure things out and the last half of the book went much smoother.

The storyline and world is unlike any other I've seen.  I hesitate to call this "steampunk" since the genre includes a setting in an alternate 19th century Earth (I admit, I even looked it up and this wasn't the case with The Hands of Tarot.  Yes, the story has airships and technology, but it was still outside the usual. This isn't a bad thing ... it's one of the reasons I kept reading.  I was intrigued by the uniqueness of setting and story.

Ms. Blooding has done an excellent job creating a story I've never really seen before. Yes, we have great peril for groups of people and a tormented hero who has the entire world riding on his shoulders and who much make great sacrifices to save those he loves, but its presentation is fascinating and different.  And, the ending!  The author makes the reader feel as though ends are being wrapped up and then WHAM!  They're all loose again.  A strong start to what promises to be a really good series.  I'm certainly interested in what happens in the next book.  Well done, Ms. Blooding!

Rated 4 Flowers -- This was a very good book! I'd recommend it to my friends. 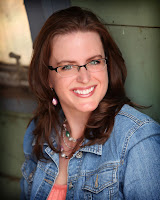 SM Blooding lives in Colorado with her pet rock, Rockie, their new addition, Mr. Bird, who’s a real bird. She likes to hike the beautiful Rocky Mountains, and is learning to play the piano and guitar. Currently, she’s trying to MURDER them both. Friends call her Frankie.