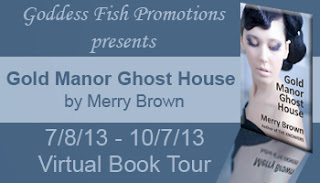 This post is part of a virtual book tour organized by Goddess Fish Promotions. One randomly drawn commenter during the course of the tour will win a $25 Amazon Gift Card. Click on the tour banner to see the other stops on the tour, and welcome Merry Brown--who is here to share with us five things we might not know about her.

1. I love to nap. In fact, I’m like the habit of napping, because I love a good morning nap, and if time permits, I’ll take an afternoon nap too. I don’t nap as often as I used to (or want to), but I usually get one in on the weekends.

Ah, but, there is nothing as glorious as a morning nap. Why? First of all, it means I’ve got a lazy day planned, no meetings or outings, at least while the sun’s shining. It means my kids are busy, husband is working, and I have the house all to myself! A rare treat. Of course, if I was always alone, that wouldn’t be lovely. But with the hustle and bustle of the life I live and love, it’s sweet to get a break every once in a while.

2. I like the way I look. My culture tells me I ought to feel bad about myself and my body because I’m overweight. Guess what? I disagree. Dieting since puberty, about four years ago I finally lost the fat and achieved what I thought was impossible – a “normal,” socially acceptable body. Then I gained it back, along with an eating disorder, and spiraled into a clinical depression for two years. With time, unconditional love and support from my husband, and help from my doctor and a therapist, I pulled through.

And so I’m absolutely shocked and thrilled to say that today I like my body and think I’m pretty, regardless (in spite?) of my current weight.

3. I’m a waster. I’ve been known to pick out all the cookie dough from the pint of ice cream and discard the ice cream.

4. I don’t believe in ghosts. I know my book is titled Gold Manor Ghost House, but I find ghosts metaphysically impossible.

5. I didn’t read as a kid. In my youth, I watched Love Boat, The Young and the Restless, Days of our Lives, Flintstones – anything on the TV that wasn’t sports related (I was not below watching infomercials). I filled my head with such pop culture nonsense, there was room for little else! I didn’t really start reading until after college. I love to read now. I’m either reading a YA paranormal or dystopian book or a piece of great literature, to make up for my lack of a classical education. I think I’ll always be behind, but it’s never too late to start a love affair with books! 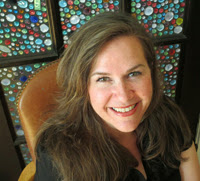 Born and raised in Bakersfield, California, Merry Brown now lives in the northwest corner of Tennessee with her husband, three boys, and Daisy the cat. She teaches philosophy at the University of Tennessee, Martin, where she counts it a great privilege and joy to introduce students to perennial questions about the nature of the universe, meaning, morality, and the human condition. Merry Brown's love of philosophy and young adult paranormal and dystopian literature inspired her to write THE KNOWERS, the first book in the Exiled Trilogy. GOLD MANOR GOLD HOUSE is her latest YA paranormal romance book.

Anna thought life was going to be awesome. She was right…and wrong.

Working with her best friend. Check.

The set’s haunted and she’s in the middle of a supernatural war. Uh, check?

Anna Rose Ellington is sixteen and living in Hollywood, hoping to be a star. Anna just landed a major role on Ghost House, TeenTV’s new fall drama. A show promising to be so hot, Meg Sweet (the reigning teenage diva), signed on for the lead, and Adam Lewis (international rock sensation) is a principal player.

Her dreams are falling into place until she gets on set and begins questioning her sanity. It’s true she has an unusual dream life, where once in a while her dreams literally come true. But it’s been a while. On top of her dreams not staying put in her brain, including the guy she’d been dreaming of for years, the house they’re filming in, Gold Manor, might actually be haunted. But that’s the least of her worries.