This post is part of a virtual book tour organized by Goddess Fish Promotions. Becky will be awarding an eCopy of Before He Was Famous to a randomly drawn commenter at each stop during the tour, and a Grand Prize of an eCopy of Before He Was Famous as well as a print copy of Latinalicious, Becky's last travel memoir (HarperCollins) to a randomly drawn commenter during the tour. (International winner) Click on the tour banner to see the other stops on the tour.


OK writers, and anyone who’s ever wondered what the hell it’s like to try and write a book reasonably quickly. Here are a few tips from my own personal experience. I may not know what to do exactly, but by now I think I know what you should NOT do.

1. Do not sit down at your desk and then remember that oops, you can’t start writing yet because you haven’t folded the end of the loo roll into a hotel style triangle/ensured your bike isn’t on fire outside/plucked your eyebrows/painted each toenail with a different intricate design based on flowers from around the world. Start writing NOW and don’t stop till you’ve done something you’re proud of. Even if it’s just one paragraph.

2. Do not write when you’re drunk or high. Well, maybe write when you’re high because who knows, you might unlock something marvelous within the deep recesses of your tragic mind, which will render you the literary mastermind of your generation and score you a Pulitzer. But chances are you’ll just sound like a wanker and hate yourself when you read it back.

3. Do not stop what you’re doing to read a book that someone says sounds a bit like yours. Chances are it will be better and you’ll feel like shit, or it will be worse and you’ll still feel like shit because now the pressure’s on to write something better. Write your story your way and fuck everyone else. Unless it’s about vampires. Then just don’t bother… please.

4. Do not keep checking your word count. We’re all guilty of this. You might reach 35,099 words and think “yay me!”, how fabulous, I’m a third of the way there, and later realize you have to cut that 5000 words you wrote in one day from the point of view of the hamster who witnessed the murder. Because you were drunk. Or high. Oh dear. You wanker.

5. Do not pitch your top, future award winning novel to every agent you see online (or in the Writers & Artists Yearbook) before it’s finished. Whereas some agents might only ask for the first 30 pages or so, most will want the whole manuscript and the last thing you need is for them to love a 30 page murder mystery told through the eyes of a hamster, only to find you’ve run out of weed and can’t write the rest. Again: Wanker.

6. Do not set yourself a word count per day. Seriously, if you order yourself to write 5000 words every day and then find you’re too tired, or uninspired, or just drunk or high or busy having sex with your muse you’re going to feel like you’ve failed. Unless your muse looks like Ryan Gosling and is offering to build you a house AND take you on an inspirational tour of all the Nicholas Sparks movie locations. In that case, fuck the book. Life has favored you. You’re already winning.

7. Do not distract yourself from the task in hand by spending your entire working day Googling all the luxury places you’re going to go on holiday when the six figure advance for your book comes in. Honestly, on a good day we can get ahead of ourselves and it’s great to be confident in our abilities, but planning that hazy, dreamlike future as a minted fiction writer when you should actually be writing fiction isn’t doing you any good. You’re just a poor, deluded wanker with a laptop. And no weed.

8. Delete your Facebook account. Or if that’s too extreme, set aside some special time with it each day and don’t let it draw you in outside of your appointment.

9. Do not procrastinate by writing lists for other writers about what not to do when writing. You’re wasting your time and everyone else’s. And you sound like a wanker. Just write goddammit. Write write write write WRITE!!!

Falling in love with your best friend isn’t always a great idea, especially when he’s Noah Lockton - the sexiest, most famous new talent on the planet. When 21-year-old small-town photographer Chloe Campbell is offered the chance of a lifetime – to join her celebrity childhood friend Noah on tour as an exclusive blogger for a New York magazine – she’s certain both have put what happened four years ago behind them. But his eyes still burn; his voice is still a jackhammer to her heartstrings; all his songs are about her. Is it possible that that night still haunts them both?

The music industry is a machine, spinning hype and rumors as much as his records. It’s not just Noah’s girlfriends who’ve got it in for Chloe (there’s no stopping the Twitter-obsessed, cat-loving pop-star Courtney Lentini for starters). Pretty soon, the jealousy and media frenzy surrounding these so-called-friends takes a life-changing turn and it seems making love means making enemies at every turn. When tragedy threatens to pull the final curtain on their relationship, both Chloe and Noah must make a choice. As much as this world leaves them starstruck, is living their dream really worth living without each other?

A story of lifelong friendships, love and hope, set in a world of celebrity, fame and social media gone very, very wrong. 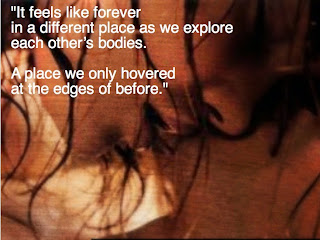 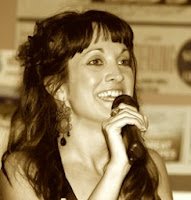 Becky Wicks is a HarperCollins author going indie! Itchy feet has led her to live and work all over the world since leaving England at age 21, including NYC, Sydney, Bali, South America and Dubai. Right now she’s scribbling the second book in the HotFlush series in Vietnam, and will soon be in Vancouver if any hot Canadian men want to make her a cup of tea?

Becky has also written three funny travel books about her time in Dubai, Bali and South America (HarperCollins). Her first book, Burqalicious - The Dubai Diaries, her second book, Balilicious - The Bali Diaries and her third, Latinalicious -The South America Diaries are out now as ebooks.

Becky has also written a comedy romance with author Sarah Alderson under the name Lola Salt, called The Extraordinary Life of Lara Craft (not Croft) which should raise a giggle or two... think Bridget Jones if Jackie Collins had written it!