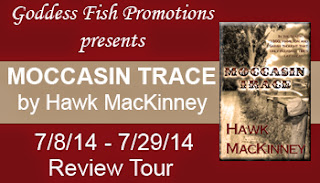 This review is in conjunction with a virtual book tour organized by Goddess Fish Promotions. Hawk will be awarding a $25 Amazon GC to a randomly drawn commenter during the tour. Click on the tour banner to see the other stops on the tour.

"The most engaging and brilliantly crafted historical work since Margaret Mitchell’s great classic.”
Barbara Casey
Author, The Gospel According to Prissy

Hamilton Ingram looked out across the fertile Georgia bottomlands that were Moccasin Hollows, seeing holdings it had taken generations of Ingrams to build. No drop of slave sweat ever shed in its creation. It was about the land…his trust, his duty to preserve it for the generation of Ingrams to come…

It is July of 1859, a month of sweltering dog days and feverish emotional bombast. Life is good for widower Rundell Ingram and his Hazel-eyed, roan-haired son, Hamilton. Between the two of them, they take care of Moccasin Hollows, their rustic dogtrot ancestral home, a sprawling non-slave plantation in the rolling farming country outside Queensborough Towne in east Georgia. Adjoining Ingram lands is Wisteria Bend, the vast slave-holding plantation of Andrew and Corinthia Greer, their daughter Sarah, and son Benjamin.

Both families share generations of long-accepted traditions, and childhood playmates are no longer children. The rangy, even-tempered Norman-Scottish young Hamilton is smitten with Sarah, who has become an enticing capricious beauty—the young lovers more in love with each passing day, and only pleasant times ahead of them.

But a blood tide of war is sweeping across the South, a tide that might be impossible to stand before.

It is the 1860s and the country is in turmoil. We've seen the big picture, but this novel is how those times affected not only the nation but the individual. It begins after the war--times are harsh, people have been hardened and lost not only their belongs but a sense of who they were. It begins in near despair--then travels back in time to happier days and shows you how two once proud families came to the circumstances in which they find themselves.

The author has done a wonderful job at recreating the times before the Civil War. Whenever men would gather, they would discuss politics and the changes they saw looming. Hotheads vied with those who urged a more guarded approach.

And, behind them all stood the women-- and it's in these characters Hawk MacKinney really stood out, creating some memorable characters... characters this reader came to care for deeply. Especially the two mother-figures in the novel--they are different yet the same in one very important way--their strength and their deeply rooted love for their family.

There is a romance of a sort--but it's not the "omg are they going to get together" kind of story--when the novel starts, Hamilton and Sarah are already married. It is, instead, the poignant tale of how two people who love each other can come together after disaster hits.

Even if you aren't normally a fan of Civil War era stories... give this one a try. 4 stars.

The Captain lowered his brass spyglass. "My apologies for having to disturb you," he said to Hamilton. With full steam and sail for now we have speed on their lead ship. They'll try to angle us off from the inlet this side of Santa Rosa, but I mean to give 'em no chance of that. Too shallow in there for them to clear the reef. Once we get lee to the shoals..." he raised his glass. "Lead frigate is gaining." He shook his head. "First time we've picked up anything this close in."

Sarah walked to the bridge railing and fixed her eyes toward the tall white sails of the onrushing juggernaut. Her father's enemy, Hamilton's enemy, her enemy; until this moment the battles had been some place far away. Tall and sleek in the distance, coming toward them, a deadly beauty in the mad fury of men's devotion to destruction and death.

Hamilton asked the Captain, "Will they try to board?"

His jaw set, "When we don't heave to, she'll try to force us to ground. Failing that they'll use their guns."

The thought of this pirate flag bearing down on them, their seafarers clamoring over the side, stabbed Hamilton into a heated white-hot hate of Yankies -- good ones, bad ones, any of them.

"They're not boardin' us," the Captain said. "We'll scuttle first. No Yankee's puttin' a foul foot on my ship, as long as..."

The distant muzzle flash was followed by a muffled boom rolling across the water. Hamilton sheltered Sarah in his arms. The shot smacked the water off their port bow, sending up a tall blossoming white plume tall and falling back in a graceful slow splash.

"...a warning shot for us to heave to," the Captain frowned. "Allows 'em to ]adjust their range." He eyed Sarah, "Missus Ingram..." he agonized, "To avoid exposing you to harm, I am prepared to yield to..."

"You will do no such thing!" Sarah bristled. Her head turned toward this full-sailed invader. "These philistines are in our waters -- attacking us!" Sarah's blood was up.

"No, I say!" Sarah whirled to face both men. "We will not yield to those...those barbarians!" Greer fiery rage showed in full vigor. Her fists clenched, "You said you could make a run for it! Our armies need your cargo. If there's a chance..." She glowered toward the oncoming menace.

Hamilton saw not the pampered daughter of a rich plantation father, but a wind-whipped chalk-faced New World Jeanne d'Arc girded for battle, blazing with indignation, exchanging armoured horse for ship and English for Yankee, and loved her the more for it.

He nodded to the Captain, "We run for it."

"...to fight another day," Hamilton hugged her tighter. 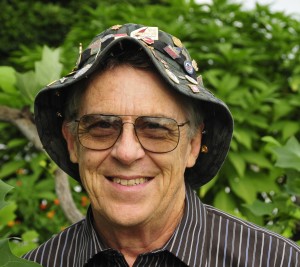 Barbara Casey, President
Barbara Casey Literary Agency
Website Buy the book at Amazon or Barnes and Noble.
Posted by MJ Thomas at 4:00 AM