City of Illusions by Judith Works - Guest Blog and Giveaway

This post is part of a virtual book tour organized by Goddess Fish Promotions. Judith will be awarding a $25 Amazon or B/N GC to a randomly drawn winner via rafflecopter during the tour. Click on the tour banner to see the other stops on the tour.


Five Things You Would Probably Not Guess About Judith Works

I have been asked to share five things people would probably not guess about me.

All of us have other lives, whether overtly or just in their dreams. In my dream life I would have had a career as a painter. Sadly I have no talent for such an endeavor, so I had to fall back on art galleries, churches and villas. I am particularly fond of frescoes, those marvelous works decorating interiors in Italy. Whenever I visit the Sistine Chapel I think of Michelangelo lying on rickety scaffolding working away while being egged on by the pope. The very thought of it ensures that I could never have done that, but maybe if my life had been different I could have been one of the Impressionists. Born 200 years too late!

In my actual life in the here and now few of my many acquaintances would guess my crazy experiences. Among them falling in between the subway car and the platform in Rome. The British always say “mind the gap.” I was in a hurry and wasn’t watching what I was doing. The train arrive and I stepped forward but missed with my foot dropping into the space. As I struggled to get out the other foot went in. Thank God other passengers pulled me out and the only result was blood and embarrassment.

Another experience that scared me out of my wits was a short flight from Dar-es-Salaam to Zanzibar. We trekked out to the airport early on a rainy morning to find the tiny four-passenger plane parked on the tarmac. Eventually the pilot showed up looking rather the worse for wear: dyed-red hair uncombed and shirt buttoned carelessly. He motioned us to climb in. One friend sat in the front seat, the other in the back; my husband and I directly behind the pilot. He shut the passenger door, climbed in to the pilot seat, began to fiddle with the controls and off we went. The skies cleared and we flew low over the Zanzibar channel. Great flight I thought. That is until I realized the pilot had latched the door with my long silk skirt halfway out. I looked out the window to see it trailing in the wind. And that wasn’t all. When we landed my husband said, “I hope you didn’t notice the fuel leaking from the tank.” We took a commercial flight back to Dar.

And then there was the time in Kenya I rejected the goat stew, or the goat rejected me. I had the tough meat the previous day while on the Sudanese border. I was in the office in Nairobi the following morning when suddenly the goat rebelled. I turned green, made a mess and began to hallucinate. I was hauled out to a co-worker’s car to get to a doctor and promptly erupted again. Hours later I woke up in a guest room where I could hear people having a party. I watched the mosquito coil glow before returning to sleep it off. Missed the party but managed to stagger to the office where everyone said it was nothing, just part of the African experience.

When you have to go, you have to go. I was with a group on a rural road in Cambodia not far from Angkor Wat. The Pol Pot regime had recently fallen but it was still dangerous. The driver stopped the Land Rover and I climbed out to head into the jungle for a bit of privacy. But when he cautioned “watch for snakes and land mines” I decided modesty wasn’t necessary – speed was. Later that day we went back to Siem Reap and walked from our hostel to the temple. There were almost no tourists; men who had lost legs or arms due to land mines lined the causeway over an enormous square pool of water to beg. We crossed to the main structure. And there we wandered through the deserted precincts to admire the carvings and the architecture. As dusk fell we sat on a tower to watch the sun set and a full moon rise. A tangle of unforgettable memories.

A yearning for change puts Laura on the road to Rome but her marital problems, muted in cool Seattle, become magnified in the glare of the Roman sun. Will she find happiness in the Eternal City or are her dreams only an illusion?

When Laura received the e-mail she knew it was time to confess.
,br> Two months earlier when she was bored with editing a technical manual sent to her by one of her clients, she took a break to check out blogs by women who appeared to have more interesting lives than hers. She came across a site recounting the adventures of an American family who lived in Rome. The latest post told about their invitation by the owners of a small country inn near Siena for a dinner to celebrate the grape harvest. After rhapsodizing about the setting, the food, and the wine, the writer ended her story with: “We’re so in love with this part of Tuscany we actually bought an old farmhouse to fix up to use on weekends.”

Laura looked at her souvenir coffee mug with the London Tube map, a relic of the high school graduation present from her aunt. The long-ago trip had planted a seed of restlessness. Now, as her marriage became ever-more routine, the germ had begun to grow, to push, sprout and slowly turn into visions of a more interesting life somewhere away from Seattle. To find a life with possibilities. And to distract from the unpleasant incident a few months ago. Better to get as far away from the memory as possible. 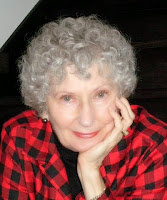 Life was routine until the author decided to get a law degree. Then a chance meeting led her to run away to the Circus (Maximus) – actually to the United Nations office next door – where she worked as an attorney in the HR department and entered the world of expat life in Rome. The ten years of happy and sometimes fraught experiences are the subject of her memoir, Coins in the Fountain. She continues to travel, having visited over 100 countries in between many journeys to Italy where she always tosses a coin in the Trevi Fountain to ensure a return to Rome. Judith and her husband now live near Seattle where she is working on her second novel.