The Second Lie by Anna Richland - Excerpt and Giveaway 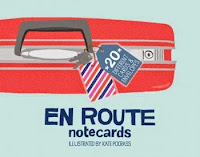 This post is part of a virtual book tour organized by Goddess Fish Promotions. Anna will be awarding a set of En Route notecards, gorgeously illustrated by Kate Pocrass (because falling in love with an Immortal Viking is a wild journey!) to a randomly drawn winner (INTERNATIONAL) via rafflecopter during the tour. Click on the tour banner to see the other stops on the tour.

A woman desperate to achieve her dreams.

To reassure wealthy clients, Christina Alvarez Mancini invented a jet-setting British owner for her Napa Valley wine collection service. Success has brought her close to buying her own winery, when irregularities at a London wine auction threaten her business.

A man in love with a good plan.

Stig, an immortal Viking thief, knows he’s found the perfect role. The California woman who created his character won’t discover what he’s up to in England until after he’s pocketed the money he needs. Then Christina walks into the auction preview, ready to ruin his plans, and he knows his boredom has ended.

By the end of the night, these two rivals must cooperate to escape kidnappers, British authorities, media and a pair of mysterious watchers. That’s when a game Stig’s played for a thousand years puts Christina’s life at risk.

Can two people whose identities are based on lies trust each other enough to survive?

“I’m starving, but a nice restaurant?” She dropped her eyes to his stocking-clad legs. “You look like a Broadway chorus line on human growth hormone, and I look like an eighties music video. Nowhere decent would serve us. Not to mention the two guys we just escaped.”

“So little faith in my plan.” He opened the bag. “The car’s close enough to the local station—we arrived on the separate high-speed line—that they should conclude we moved on.” He handed her a plain white T-shirt and pulled a blue oxford wrapped in cleaner’s plastic out of the duffel. “Glad our friends were planning an overnight, but they certainly received the better set of clothing out of my car. This lot’s boring. We’ll turn into a rather dull-looking couple and catch the bus to Calais’s scenic centre-ville.”

She clutched the tee to her chest and looked at the backs of the tight-packed red-roofed houses bordering the alley. “You want me to change here?”

“Ditch the sweatshirt, and belt that with my scarf.” He unwrapped the green print length of silk from his neck. “You’ll look casual chic, or perhaps a little dotty, but not like the person on the train. Here, take my jewelry too.”

As she altered her outfit, he yanked his stockings down and swapped them for black pants from the duffel. Her fingers struggled to manipulate the clasp on the back of the necklace—it kept tangling in her hair—while Stig untied the front of the dress in order to zip and button the borrowed pants. They sagged on his lean hips and hung low enough to reveal the top of the tight underwear he’d worn beneath his dress.

In different circumstances, she might have found those tiny briefs disconcerting, but here they merely revealed exactly how flat and hard his stomach was.

Then he shed the wrap dress completely and folded it neatly into the duffel. “Too bad you’re not six inches taller, but I think you’d swim in this.”

She wasn’t looking at the purple fabric in his hand. No one would. Underneath he wore a spectacular seamless padded bra, black with a twinkling bow of fake black gems where the cups connected. She’d like a version of that bra herself, in a thirty-two instead of whatever size it took to span his chest and back. The casual familiarity of his ability to reach behind and unhook it with his arms in a chicken-wing position fascinated her. She wasn’t nearly as adept at maneuvering under her shirt to unhook and remove the compression wrap binding her breasts.

Her eyes were unreliable. Tiredness or perhaps the intimacy of their situation blurred the tan stone walls on either side, until it felt as if the two of them were in a different place. In her imagination, the dressing morphed into undressing. Instead of raising his zipper or buttoning the blue shirt, her mind played tricks that showed Stig unbuttoning his shirt and lowering his zipper, actions she’d already watched in the secret tunnel room.

It only took him minutes to transfer everything from the makeup case he’d brought into the stolen black duffel. “Ready?”

“You still have on—” She touched her own cheek, aware that his skin was rough and stimulating where her skin was smooth and vulnerable.

“Hand me a wipe from the bag.”

The cleansing wipes he’d brought were cool and moist, their fresh scent strong enough to smell in the alley. Without thinking, she reached up and he ducked and then she was running the wet fabric over his cheek, the tan pancake coming off in streaks filling the tissue. His head bent closer so she didn’t have to stretch, and he closed his eyes. As if he found it pleasurable.

She had never washed someone’s face before. Concentrating so hard on a man’s features, the crease from his nose to the corner of his mouth, the spot where his cheekbone blended into his sideburns, all of that acted on her as surely as grapes attracted yeast into beautiful symbiosis.

The only makeup left was his eye shadow and mascara. “I don’t want to sting your eyes.”

“Any pain won’t last.” His voice was low and scratchy instead of his usual polished tone. “It never does.”

She didn’t understand him, but nodded as if she did. The sparkles easily came off the bone under his eyebrow, revealing the tiniest of veins crisscrossing his skin. She extended her first finger and smoothed a few stray brow hairs, darker blond than the rest of his hair, to match the natural direction of his eyebrows.

The short hairs were silkier than their thickness suggested. Under the tip of her finger, his skin was warm. The hair lay flat, but she checked once more, her finger tracing the arc from the bridge of his nose toward his temple.

He didn’t make any audible sounds. Said nothing. Didn’t even seem to shift his weight where he stood leaning slightly toward her, but she sensed his pleasure as if he was a large cat under her hand.

By the time she dropped her arm, his eyelids and lashes looked like him again, and they stood close enough that the heat of his body reached her. The March afternoon was chilly in northern France, and a shiver flickered along her spine. One little step would bring her close enough to feel his warmth.

Anna lives with her quietly funny Canadian husband and two less quiet children in a century-old house in Seattle. The perpetual drizzle is a good excuse to drink more coffee. She’s a former US Army officer who now writes The Immortal Vikings series from Carina Press and also the author of His Road Home, a novella which Publishers Weekly called “Tantalizing … a raw, emotional story” and the website SmartB*tchesTrashyBooks gave an A rating.

She donates a portion of her book proceeds to two charities: the Fisher House Foundation, which provides housing for families of wounded soldiers in the US and Great Britain, and Doctors Without Borders, which delivers emergency medical care in more than sixty crisis zones world-wide.

To sign up for Anna's newsletter, find out more about her books, and read longer excerpts, please visit her website.