Anger: How to Control It So It Won't Control You by Tiffany Brown - Spotlight and Giveaway

This post is part of a virtual book tour organized by Goddess Fish Promotions. Dr. Brown will be awarding an ebook copy of Anger: How to Control It So It Won't Control You to a randomly drawn winner via rafflecopter during the tour. Click on the tour banner to see the other stops on the tour.

I have traveled all over the world and have seen it in every place. I have struggled with it as well. It’s a family problem for generations. It can be your greatest motivator or worst enemy.

Anger. Anger is defined by the Webster Dictionary as a strong feeling of displeasure and belligerence aroused by a wrong; wrath; ire.

I will show you not only how to control your anger from a Christian perspective but also have manage it until it motivates you; not hinders you. Get Ready. Anger is nothing more than manifestation of fear. Once you eliminate fear, the anger will be gone. Become Fearless.

Section 2 - What is Fear and its connection to anger?

Fear is defined as a perceived threat of some type. It can be emotional or physical. When you feel that you’re in some form of danger. This activates your fight or flight response. Most animals respond to threat by either fighting or fleeing. However, we don't always have the option to fight what threatens us. Instead, we have anger. Words are the civilized way that we get to fight threat.

Some of my biggest blowups often involved a fear of being alone. When I have depended on people to reciprocate support for me on various levels, (new venue, in a relationship, or just life) they have disappointed me. I have never felt more rage in my life. It wasn't the disappointment that I was feeling or the feeling of being used. It was the thought that all my hard work wasn't good enough. I was unworthy, not loved, and alone.

Anger is just a manifestation of fear. For some people, when you are fearful of something, the first response that comes up is usually anger. Anger is a mask of fear.

I have learned that despite it all, I must be able to rely on myself and God. People, situations, and organization will fail you time and time again. When God is with you, nothing is against you.

You can do all in Christ that strengthens us (which is my current Church's motto).

Through my personal evolution of how to handle my anger, I have become fearless. I think before I move, I think instead of becoming angry. I am also slow to anger. I have now begun to think about the motivations behind people's actions. Sometimes, the only answer is indifference. Never fight anger with anger. It causes long reaching effects in ways you cannot even possibly imagine.

Fear is nothing more than an illusion of a possible threat. If you can control your response to your fears, then the anger will melt away. 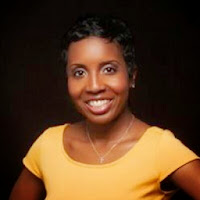 Dr. Tiffany Brown is a native of Atlanta has taken great pride in her education and strives to continue broadening her knowledge. Graduating with a degree in Political Science from the prestigious Spelman College in 2001, a Master's degree in Public Administration from Clark Atlanta in 2004 and also a Doctorate in Public Policy from Walden University in 2009, she earned these achievements through determination and the desire to achieve her goals. She has held positions with the United States Government Accountability Office, Fulton County District Attorney's Office, Georgia Law Center for the Homeless, Georgia Conservation Voters, Supreme Court of Georgia, Equifax, Coca-Cola Enterprises, and Atlanta Bar Association. Upon Graduation from Walden University, she has truly impacted change as an academic and practitioner. She is former 2009 Write-in Atlanta Mayoral Candidate and owner of 3 companies: Tribute Contracting LLC, a minority owned government consulting firm TB LLC; Tiffany Brown Design House; Tiffany Brown Holdings Inc. - Consulting firm that has five divisions: entertainment, vending, radio, food, nonprofit management and book publishing. She is an author of several books: Daily Reflections of Life: A Book of Affirmations for the Ambitious and Prayers of a Faithful Woman. In 2010, She is honored as a Influencer by BOSS Network. The BOSS Network is a women's empowerment alliance dedicated to highlighting women and creating opportunities for growth through networking beyond events. BOSS was named among the top 100 websites and one of the top 10 career sites for women in 2010 by Forbes.com


a Rafflecopter giveaway
Posted by MJ Thomas at 3:30 AM