Simon Tate is slowly allowing himself to die.

When Lana makes a throwaway comment about the people from her past, it triggers a notion in Simon’s head, an idea which should have gone no further.

Simon enlists the help of Rupert, his young nephew, to track these people down but his seemingly innocent project is on course to create carnage as it ushers his nephew towards the odious and dark world of Piet de Vos.

Where the tragic consequences can only go one way.

No-one is untouched by upheaval; no-one’s life will ever be the same again.

Lessons are learnt. Love is found, and lost.

The end result, for all concerned, is not what Simon had in mind when he first planned his final gift to his friend, Lana.

But then, nothing in life goes strictly to plan, does it?

Truth Unscrewed will take you on an odyssey through Europe, Asia, North and South America, into the lives of these same people who are no longer connected to each other; but each has their own story to tell – and the fallout to deal with.

Now, many years later their lives have moved on. Simon’s nephew, Rupert, is sent by his uncle to discover secrets from their past, one of which - had she known at the time - could have altered the path which Lana took, all those years ago.

The author was gracious enough to send me the book that preceded this--The Biggest Lie, which spans 40 years of a woman's life with all it's flaws and faults. Read it if you get the chance... but I don't think it's necessary for you to enjoy Truth Unscrewed. Even though you meet the same characters, it's an entirely different story.

Simon has nothing to live for since his beloved wife died--and he knows his time is short and, in a lot of ways, welcomes that. He also knows, however, that Lana wonders what became of the friends she lost through her life--and with his nephew, Rupert, at loose ends, devises a scheme to give Rupert a task and some direction, and maybe Lana some closure by discovering what happened to her friends.

It's a beautifully written book-- vignettes checking in on different people and discovering what their lives are like. It was refreshing looking at these characters from a different perspective and wrapping up some questions left at the end of The Biggest Lie.

Lisbeth Foye is definitely an author to keep an eye on.

Hazel was a woman who had no reason to shop for new clothes, her wardrobe was full of faded Laura Ashley flowered frocks from the seventies, fleece trousers with a comfortable elastic waistband, large hand-knitted woollen jumpers and scarves, a couple of old wax jackets, dungaree shorts and t-shirts for the summer; new clothes held no interest for her. Now and then she’d go to the car boot sales in Mallaig and come back ladened with her “new” clothes.

She even begrudged spending a few pounds on getting her wiry grey hair cut, so she let it grow until she could swing it over her shoulder; she would then snip a couple of inches off the length. She would plait it and bun it and push it under her woollen hat. Hazel was happy and content with her life and longed for nothing more than that which she had. 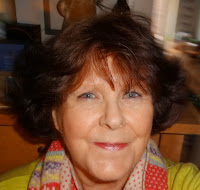 Lisbeth Foye lives in England, she is the author of The Biggest Lie, Luca and, her latest novel, TRUTH UNSCREWED.

From a very young age Lisbeth was convinced that, one day, she would be a writer – she is now very happy to let everyone know, that she was right to never let go of that dream.

She would like to be very author-like, and say that even before she takes up her pencil to write, that she plans each book with a beginning, middle and end - but that’s not how it is, once the first words are written those darn characters come to life and re-write every thought that she had planned in her head.

Lisbeth likes to write in pencil directly, into her precious notebooks, before typing the story up on her laptop in sections and chapters, which she then flourishes out as she types.

Lisbeth loves the smell of a chilly autumnal morning, getting into a freshly made bed and knowing that she is loved by those she loves in return.