This post is part of a virtual book tour organized by Goddess Fish Promotions. Courtney will be awarding a $5 Amazon or B/N GC to a randomly drawn winner via rafflecopter during the tour. Click on the tour banner to see the other stops on the tour.

I am going to do something that has never been done before.

My name is Telor Conway, and I am going to destroy Death. Bring her to her knees in front of me.

The only thing I know for certain, is that nothing will come between me and my soul mate ever again.

I will fight for it, for her… for us. Even if it is the last thing I do.

I have thrown the gauntlet.

Telor took my hand and lead me to the couch, sitting down next to me. With two gentle fingers, he titled my chin up so my eyes met his.

“He may look like your brother, he may sound like him and smell like him, but he is not your brother.” He said softly. “I told you once to remember that your brother loved you, but that he was gone now.”

Angry at his indifference, I knocked his hand away and stood in front of him with my hands on my hips, to keep them from shaking.

“He is my brother.” I said through my teeth. “And he needs my help. I can’t leave him with her. I’ll do it with or without your help.”

“If there was anything worth saving, I would help you, there is not.” He stood, the space between us was nonexistent as his hard chest push against mine. “There is nothing Tori could do to force him to act this way, he is doing it on his own free will.”

“You’re wrong.” I said, lowering my eyes to his chest.

“Do you love me?” He asked suddenly. “If you do, please trust me on this. If there was any way to bring your brother back to you, I would do it in a heartbeat because I know it would make you happy.” 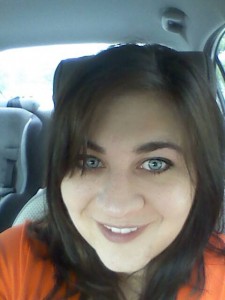 About the Author:Courtney lives in Kentucky with her husband (Mr. Houston), her two boys (Emmett and Ellis), her two cats (Polly and Jed) and her 3 chickens. Legal Assistant by day and writer by night, Courtney enjoys pancakes, coffee, wine and the number 26. She's a Leo, at least that's what the tattoo on her back says.