This post is part of a virtual book tour organized by Goddess Fish Promotions. Wendy will be awarding a $5 Amazon GC to a randomly drawn winner via rafflecopter during the tour. Click on the tour banner to see the other stops on the tour. 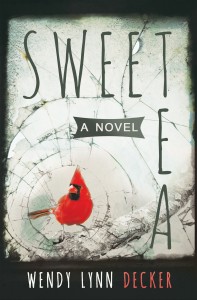 The fourth anniversary of Olivia’s daddy and John Lennon’s death is approaching. Like the shot heard ’round the world, TV and radio stations keep the frenzy alive and recognize Lennon’s life, while Olivia’s mama remembers Daddy’s death. Instead of healing, Mama’s strange behavior keeps getting worse.

After viewing an afternoon talk show, Olivia discovers her mother might have more than a case of eccentricity – she may be mentally ill. When those fears are confirmed, Olivia is faced with more decisions than any sixteen-year-old should have to make. With no adult family members to turn to, she is forced to trust the only people who’ve offered help: one strange man and a friend her mother makes at the mental institution.

Facing the intricacies of her mother’s illness one minute and the decision to have sex with her new boyfriend the next, Olivia finds that through faith and determination, she can conquer it all in this poignant story of love, intuition, compassion, and hope.

The emergency room at Henry Medical Center smelled like cigarette smoke and urine washed over with antiseptic. I’d never been there before, and I didn’t expect to see so many people that resembled those with the symptoms the doctor on the talk show spoke about. Although most needed physical care, many seemed to need mental health care, and this wasn’t a mental hospital.

Some of the people roamed about like zombies in B-movies. Their vacant stares said, “I’m still here, please come find me.” Many of the patients were pacing, as if they were taking part in some kind of ritual. Some shouted words at random. One woman seemed to be speaking in a language only she could understand. I was afraid to make eye contact with anyone, for fear someone would approach me. But I knew I had to look around the room.

An old woman with only one-half of her head braided asked me for a cigarette. One already hung from her twisted lips. It felt like we had wandered into a secret society meeting, and we had better find Mama and get out while we could.

I overheard one of the nurses say to another, “It must be a full moon tonight.”

“My goodness,” the other nurse responded. “I haven’t seen it like this in quite some time. That strong lunar force is drawing them out like vampires to a blood bank.”

CeCe and I approached the desk. “Excuse me, ma’am,” CeCe said to the desk clerk. “The police told us a woman that fits our mother’s description has been brought here.”

“Cassandra Travis,” I answered, surprised at how faint my voice sounded.

She thumbed through her roster. “The police brought in a Jane Doe. We’ve been asking her name, but she won’t tell us.” The clerk motioned toward a nurse. “They’re here to see Jane Doe in room twelve.”

I thought of Luke and was glad we’d left him at home.

CeCe and I followed the nurse down a long corridor. Blue curtains covered doorways on each side. We approached the last room on the left, and the nurse pulled a chart from a hook on the wall. She opened the curtain. “This is Jane Doe.” 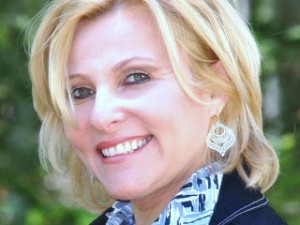 Wendy Lynn Decker has lived in thirteen different towns in the state of New Jersey. Now, she lives a bike ride away from the ocean and her favorite restaurant. She is the author of the middle-grade chapter book, THE BEDAZZLING BOWL, which is the first book intended for a series.