This post is part of a virtual book tour organized by Goddess Fish Promotions. Houston Havens will be awarding two winners a choice of one of the first three books in the Psychic Menage series to a randomly drawn winner via rafflecopter during the tour. Click on the tour banner to see the other stops on the tour.


Kindise Wyatt escapes her Star Rider captor and returns to Earth. With the help of a sexy Old World Mole and his mysterious friend, she's determined to uncover the whereabouts of her lover. Instead, she finds nothing but betrayal and her captor in pursuit.

On the lam after betraying his evil ruler, ex-Dirt Dweller and drifter Jaden Valenti confirms his name is on a hit list. Finding what he believes will be safety amongst the Airbornes, he recreates himself and hides his past until trouble walks back into his life in the name of Kindise Wyatt, the woman he was ordered to assassinate and didn't.

Due to the obsessions of a Fae woman Sori gave up his hardearned royal title and left his homeland of Elfame. Love is the furthest thing from his mind until he is sent in Jaden's place to pick-up some cargo...human cargo in the form Kindise Wyatt. He feels the Fae magnetism of his soulmate in her. Problem is; she's in love with someone else.

Will Jaden fulfill his orders to kill Kindise and get his name removed from the list, or will his secret be exposed and betray the friendship he has with Sori? Does Sori help Kindise find her lover, or will a love between them have a chance to flourish before a fatal attraction and a determined captor rip their love asunder? Will Kindise find true love or will betrayals at every turn crush the fight out of her? Can she find her inner strengths to keep fighting and lead The Freedom Fighters to defeat the Dirt Dweller elites, once and for all?

She found him to be more tempting than the fruit but she wasn't about to let that little secret out. A part of her felt guilty for thinking the way she was. After all, she was in love with Lytell, wasn't she? Of course she was! She wouldn't have come all this way at the risk of her safety if she wasn't. She didn't care what Tessla said on the flight down here about her longing to find Lytell only because he gave her things she never had and doused her with male attention. "Oh, is it real?"

"Yes." When she was close enough to reach for it, he teasingly pulled it back. She looked up into his twinkling eyes and her stomach fluttered. Damn it. I didn't have this kind of reaction with Talut. Well…he never teased. But still…I love Lytell, so why all the unsettling emotions with Jaden?

"I'll give you a taste if you tell me one thing."

He stepped into her personal space holding out the berry. Her breaths quickened as she reached for it again, but instead of getting the sweet fruit, she inadvertently grabbed his fingers. Every cell in her body ignited at the connection, forcing her to back up several steps. She should have retreated because of the invasion of her space, but she hadn't, she did it out of fear of the unexpected attraction she was experiencing.

His deep voice was nearly a whisper and dripped with seductiveness. "Tell me what the draw was to Lytell?"

She held her hand up like a shield to stop any future advancement on her space, though he hadn't made another move toward her.

"Not was, Jaden. Is." She tilted her chin up feeling that timeworn need to defend her lover--again. 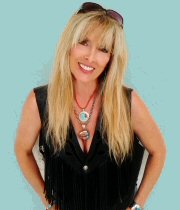 Buy the book at Amazon or Barnes and Noble. a Rafflecopter giveaway
Posted by MJ Thomas at 4:00 AM