The Missing Planets by Hawk MacKinney - Review and Giveaway

This review is in conjunction with a virtual book tour organized by Goddess Fish Promotions. One randomly drawn winner will receive $25 Amazon gift card. Click on the tour banner to see the other stops on the tour.

Planet Terato has become a member of the assembly of the Confederated League of Allied Star Systems. The Murian Outpost Terato once commanded by His Imperial Majesty’s Lord High Chamberlain Herklo Korvo XXXIV is now Teratoan staffed and under the command of Teratoan Eklam a’Qoc.

From the uncharted reaches between galaxies, attacks of extraordinary weaponry come against Terato and the Myr worlds of the Murians. Terminus Terato’s expanded link-portals and converter power modules are virtually useless. Power loss, defenses, communications and travel are totally disrupted. High Chamberlain Korvo’s unexpected return to Terminus on a mission for His Imperial Majesty leaves him stranded on Terato. Attacks grow more massive, more unpredictable; spread across the worlds of the League, as an isolated Terminus struggles among the shattered rubble and whispering remains of an ancient Polity of star-walkers.

Family and friends are lost, empires and civilizations in disarray, Terminus and Planet Terato almost defenseless. Desperate for answers, their worlds being overwhelmed by this remorseless aggressor, Eklam and Korvo reach across unexplored space in a despairing gamble and the last reserves of converter star-substrate, seeking one insignificant star system of gas giants and rocky inner planets for possible relics of the elusive Lantaraan Polity.

This book is the second in a series, but can definitely be read as a standalone. The events happen generations after the events of The Cairns of Santuarie: The Bleikovat Event.

Mr. MacKinney is a talented and skilled writer. The detail and the research he has done is evident in this work. It is pure science fiction-- not SFF-- so don't pick this book up expecting a light read. It's not overly long (less than 250 pages), but it's not a quick read. However, if you are a SF fan it is well worth taking a look at it.

There are many characters and I had trouble at first sorting out who was who, but once I got into the story, things fell more in place. And, I liked the characters--cheering them on when things got tough and worrying about them when they find themselves in difficulty.

As you can see from the following excerpt, there is a lot of action going on--this book would make an outstanding action movie (Hollywood, are you listening?).

I hope Mr. MacKinney has more stories for us about The Cairns of Sainctuarie. 4 flowers.

The portal hummed with a pulsating drone; grew louder. Korvo recognized the cascade effects of a portal overload. “Converter intermix-portal lock!” he yelled. Shoved Martin hard, “Get away!”

Magnetic loops of plasma streamed out; superheated beyond a Sol corona; mixed with hydrogen substrate; sucked into the white-hot rim of the portal frame. Converter commands useless. Arnov and Drov jumped away from their smoking consoles. A belch of uncontained hydrogen-plasma sublimated a cloud through the camp. Vidscreens sizzled; acrid smoke drifted up to curl toward the inanimate beast consuming the portal. Cermet footings fused; a console imploded. Arnov, tossed against one of the supports; green blood oozed along his shoulder. Drok’s head bumped against cermet supports. The pounding drone of the portal growled like a wounded Murian swamp dragon. Bundles of raw stellar core screamed through Jupiterr’s turgid atmospheres, tearing at the planet. Colossus Jupiterr magnus rolled with disruptions. Agitated plasma entangled with antimatter; churned methane storms into frenzies, giant arcs exploding through the clouds; snaked around their camp. The white-hot remains of the portal a bubbling melted puddle.

Ek shielded his eyes from the scorching brightness; helped Arnov up. Through the shredded side of the shelter, glimpsed Korvo scramble from under a scorched field stand, its collapsed bracing ripped away. Martin pushed himself up. The air inside their camp ionized; darken to oranges and yellows and purple-blue charged photon auras. Converters still pumping, sucking substrate, at the same time sagging in seared taffy-puddles, their shell alloys disassociating in sputtering kaleidoscope rainbows and blistering caustic nose-stinging swirls. 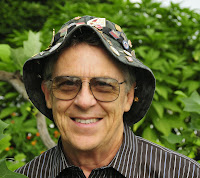 Hawk began writing mysteries for his school newspaper. His works of fiction, historical love stories, science fiction and mystery-thrillers are not genre-centered, but plot-character driven, and reflect his southwest upbringing in Arkansas, Texas and Oklahoma. Moccasin Trace, a historical novel nominated for the prestigious Michael Shaara Award for Excellence in Civil War Fiction and the Writers Notes Book Award, details the family bloodlines of his serial protagonist in the Craige Ingram Mystery Series. Vault of Secrets, the first book in the Ingram series, was followed by Nymrod Resurrection, Blood and Gold, and The Lady of Corpsewood Manor. All have received national attention. Walking the Pet is Hawk’s latest release in the Ingram series. The first book in another mystery-thriller series is scheduled for release in 2015. The Bleikovat Event, the first volume in The Cairns of Sainctuarie science fiction series, was released in 2012. Its sequel, The Missing Planets, has just been released.