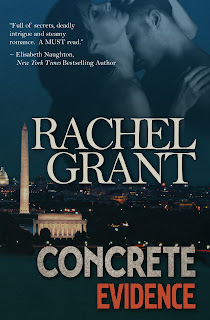 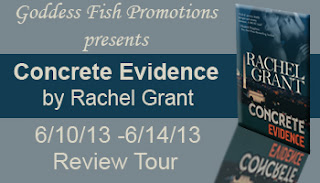 This post is part of a Reviews Tour organized by Goddess Fish Promotions. One lucky commenter on the CONCRETE EVIDENCE review tour will receive a very special deck of cards created by the Department of Defense and given to soldiers who were serving in Iraq and Afghanistan in 2007. The cards were designed to educate the troops about international laws that protect antiquities and the need to preserve and protect cultural heritage sites in the Middle East.

The trafficking of Iraqi artifacts is part of the storyline in CONCRETE EVIDENCE, and the cards make an appearance in the book. More information on the cards is available at http://rachel-grant.net/ConcreteEvidence-BonusContent.html.

A year ago she lost everything. Now she wants revenge…

Accused of stealing artifacts from a five-hundred-year-old shipwreck, underwater archaeologist Erica Kesling is determined to clear her name. She’s concealed her past and taken a job certain to give her access to the buyer of the missing antiquities. She's finally closing in on her goal when she's distracted by a sexy, charismatic intern who makes her want something other than revenge.

But Lee Scott is no intern. He's looking for the lead conspirator in an international artifact smuggling scheme, and Erica is his prime suspect. He’ll do whatever it takes to win her trust and get her to reveal her secrets, even seduce her.

As Erica and Lee struggle to conceal their real agendas, the one thing they can’t hide is the attraction that burns hot between them. When Erica’s quest puts her life in jeopardy, Lee must choose between old loyalties and a woman he never expected to fall for.

Romantic suspense is one of my favorite subgenres, and I wasn't disappointed when I picked up Rachel Grant's Concrete Evidence. I especially liked the fact that this book is based, in part, on actual events. The author's notes about the "real" story were almost as interesting as the book itself.

One of my favorite parts of the book was the relationship between Erica and Lee... I loved seeing how this relationship developed, especially knowing who Lee was from the beginning.  It was fun watching Lee pretend to be less than he was---I think at times he really enjoyed seeing just how dumb he could play his part.

The main part of the story, however, is not overshadowed by the romance--nice balance there! I like a book where I can be caught off guard by a plot twist (that makes sense), and this book provides that aspect! All in all, a very nice debut and I'm definitely looking forward to her next book.

In the corridor heading toward their office, anxiety slowed Erica’s pace. She wasn’t sure if she was nervous about her upcoming confession to Janice or what she wanted to ask Lee, but she brushed her fear aside. “You know JT Talon,” she said, keeping her voice casual.

“You know him better than that.”

Dammit, she wanted to know how well he knew the man. “Do we have more nepotism?”

“Is it really nepotism when you’re given the lowest job with the lowest pay?” he asked.

“It is when you’re getting paid to play Tetris.”

“The Thermo-Con searches were boring.”

She turned on her heel to face him. He stopped just short of crashing into her, and she patted his cheek. “Poor baby,” she said in a sarcastic imitation of a motherly voice. “I’m sorry your work was so taxing. Maybe after you finish your computer game, you should take a nap.”

He covered her hand with his own, rubbing her palm against the stubble he hadn’t bothered to shave. His green eyes fixed on hers, and his mouth curved in an alluring half smile. “Only if you take one with me.”

She rolled her eyes. She’d give him grief for hitting on her again, but she was the one who’d stepped close and touched him. The air thickened as his intense gaze ensnared her. Gone was the feckless intern; in his place was a compelling man she wanted to know.

She heard footsteps, breaking the spell. She tried to pull her hand away, but Lee gripped her fingers tighter.

“Well, well, well,” a familiar voice said. “If it isn’t my favorite…Cream Puff.”

She ripped her hand from Lee’s and whipped around. The last time she’d seen Jake, she’d been locked in a stinking Mexican jail cell. 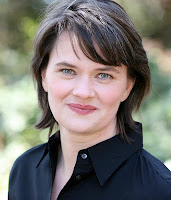 Rachel Grant worked for over a decade as a professional archaeologist and mines her experiences for storylines and settings, which are as diverse as excavating a cemetery underneath an historic art museum in San Francisco; surveying a coal mining town in Kentucky; and mapping a seventeenth century Spanish and Dutch fort on the island of Sint Maarten in the Netherlands Antilles. Rachel is a four-time Golden Heart® finalist and can be found on the web at Rachel-Grant.net.