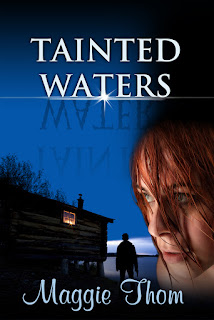 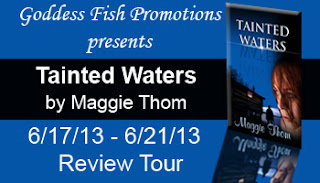 This review is done in conjunction with the author's virtual tour with Goddess Fish Promotions. Maggie will be awarding a $25 GC, winner's choice to Amazon, Barnes & Noble or Kobo, to a randomly drawn commenter, and an autographed digital copy of Captured Lies to another randomly drawn commenter during the tour, so comment here today for your chance to win! Click the tour banner to see the other stops on the tour.

He didn’t commit suicide but who’s going to believe her...

Frustrated at being fired from her latest job and overwhelmed by her consolatory family, Sam decides to move to the family’s cabin at the lake. A place she hasn’t been since her dad committed suicide there twenty years before. Or did he? Snooping is something she’s good at but someone seems to be taking offense to her looking too closely at what has been happening at the lake. What she discovers is shocking. Now she must uncover what’s real and what’s not. All that she learned growing up, may be false.

Keegan, who has recently moved to the area to finish his latest book, is also trying to find out if his grandfather, who’d passed away ten years before, died of natural causes or was murdered.

The descendants of the four families who own the land around the lagoon are dying off. Since Sam and Keegan are the only ones questioning the deaths, they find themselves working together to seek the truth. Are people being murdered? Who would benefit from their deaths? Why would there be barricades and armed guards at the north end of the lake?

To stay alive, Sam and Keegan must find the answers and convince others, before more people are killed... including them.

This was a new author to me, and I wasn't certain about the story. It sounded like a routine suspense/intrique story with a little romance thrown in.

I want you to know that I was only partly right. It was a suspense/intrigue story, with some romance. However, it was not a routine story. There was suspense almost from the very beginning of the book. It was so exciting, and a lot suspenseful and there was just enough romance to make me happy.

The plot moved quickly, and I kept on reading without realizing the time until I was almost finished with it. I just couldn't put it down. This is a definite heart stopping and awesome suspense. I never really knew who the bad guys were, and who the good guys were. Every time I thought I had it figured out, I was wrong. I like this about it. It was never predictable. I really enjoyed being surprised.

Every time I turned the page I discovered something new, different and extremely suspenseful. I know I use that word a lot, but it really applies to this story. This book really came alive to me. The characters were so clearly defined by this author, that I felt I knew them.

I loved this story from start to finish and would recommend it everyone. This is a real worth while book to read. You will not be disappointed.

5 Flowers - I loved this book! It's on my keeper shelf! I highly recommend it.

“Of course, DD. Who the hell else would I be calling you about?”

“No, she’s taken off. She said she never wants to see me again.” Shelley’s gut wrenching sobs filled the silence.

“Have you looked everywhere?”

“Okay, look Shelley. I know you’re upset. Take a deep breath and tell me what happened.”

“We had a fight last night. She said daddy wasn’t her daddy...”

Sam gasped. DD had been listening to her and Kyle.

“And this morning she’s gone. I’ve looked everywhere. I’ve asked the neighbors. I called the bus line to see if she got on. They’re checking but that could take a while. Then I thought she might have tried to find you.” She started sobbing.

She blinked back tears and swallowed a few times before she asked, “is there any way she went in search of her real father?”

“I know damn well what you meant. Kyle’s her father, the other man doesn’t matter.”

“Well, obviously he does Shelley. Maybe you should have told her before now about your affair.”

“There was no god damn affair. I was raped!”

She gasped as all color drained out of her face. “Oh my god, Shelley. I’m sorry. Why didn’t you tell me?” As soon as she said it she realized she was the last person she’d tell. Emotions were clogging her throat but she managed to get out, “I’ll find her. I’ll find her. She’ll be okay. I know you don’t trust me but I promise I’ll bring her home to you.” She clicked off her cell phone. Shelley was beyond talking and she couldn’t take Shelley’s sobs, which sounded like an animal’s keening howl when she’d lost her young. 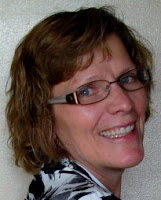 Maggie Thom took the challenge and leapt off, leaving a fulltime twenty year career in management, to write full time. After her initial panic that she might need a straight jacket, she published her first book Captured Lies, October 2012. And now is excited to release her second novel, Tainted Waters, April, 2013. Her third book, Deceitful Truths (sequel to Captured Lies), available fall of 2013. An avid reader and writer her whole life, she decided to break the monotony of wishing to be an author by making it happen. Married to her best friend, she is learning that humor, love and patience help her navigate her way through her twins’ teen years. Her motto: Escape to read and Read to escape.

She can be found at:

Tainted Waters will be available to be purchased at: