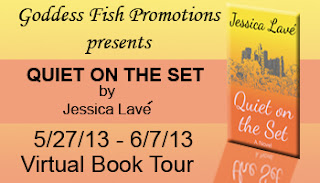 This post is part of a Virtual Book Tour organized by Goddess Fish Promotions. Jessica will award a $20 Fandango GC to one randomly drawn commenter during the tour. Click on the tour banners to see the other stops on the tour.

Jessica opted to share five things about herself we'd probably never guess. I completely enjoyed this list!! Take it away, Jessica!

Who I Am: The Nerdy, Loner, Half-Canadian, Righty TV Addict

“Writer” is one of the primary concepts I identify with, but there are many more things I love, things that I relate to, and things that make me me. I’ve spent a lot of time lately talking about my writing, my process, my habits, and everything to do with being a writer, but here are a few things you probably wouldn’t guess about me:

If you know me, you know I’m a nerd for comic book superheroes, but if you don’t, I probably don’t look the type to be into men in tights and capes. The Tim Burton Batman films came out when I was a kid, and since then, I’ve always loved the stories, the villains, and the mythology of it all. I didn’t grow up with the actual comic books—those were popular before my time and they were still considered mostly a “boy thing” when I was growing up—so I can’t debate whether the movies are true to the original comic books, but I enjoy them either way. Aside from the incredible Batman/Dark Knight films from Christopher Nolan, I really enjoyed the latest X-Men reboot, but they are putting out some pretty tough competitors these days!

I actually didn’t attend any dances during high school. I’m a major introvert in general, and I’m claustrophobic to boot, so voluntarily putting myself in the middle of a noisy, crowded room seemed like a bad idea at the time. I don’t regret not going—I have a feeling I would have sat on the bleachers the entire time playing Snake on my phone—but I always think of that scene in Pretty in Pink where Iona (Annie Potts) is telling a story about her friend who missed her prom. I don’t get that terrible feeling like something is missing and I can’t figure out what it is, but if I ever do, I may decide to blame it on that missed “once in a lifetime” teenage social engagement…

I was born in Denver and have lived in Colorado my whole life, but my mother is originally from Canada, as well as the rest of her side of the family. For some reason, this information is terribly surprising to people—maybe because I don’t wear fur hats or speak with a Canadian accent—but I like this part of my history. I haven’t traveled very extensively in Canada, but I have wonderful memories of time spent there with my grandparents and my mom’s side of the family.

4. I can write with my left hand. (I’m a very dominant righty normally.)

This one is kind of silly how it started: I watched My Left Foot with Daniel Day Lewis with one of my babysitters when I was a kid and I thought it was so cool how he had learned to write with his foot. I decided I wanted to learn, too! I never could commit to learning to write with my toes, but I do switch off hands when I’m writing sometimes, which came in especially handy in school. If my right hand got tired from too many notes, I’d switch and practice with my left. It’s not as neat as my right hand’s writing is, but it’s quite legible. Before I got my laptop, I used to write everything in longhand, so there are quite a few pages lying around written with my left hand. It’s not a necessary skill, but it has its useful moments: I can shoot pool and bat left-handed in baseball as well.

5. I’ve never seen an episode of The Office.

I’m a major filmophile and television addict so this usually comes as a surprise even to people who know me! It seems most people I know who watch primetime TV at all have at least seen one episode, but I just haven’t. Not because I don’t like the actors or the premise or anything—I’d probably love the show if I had started watching from the beginning—but I just haven’t gotten around to it with all the other shows I watch. Eventually, I’ll pull up season one on Netflix and catch up, but until then, I’ll have to remain out of the loop on all the inside jokes among fans of the show.

When her screenplay gets accepted to a local LA film festival, 23-year-old Rylie Cates heads to Tinseltown, where she is thrust into the spotlight as her career takes off.

As she struggles to live up to her newfound success, Rylie meets the people who will become her friends, her guides to the city and the movie business, and ultimately, her “LA family.”

Despite her best intentions, deciphering the politics surrounding her new career proves difficult, and she unwittingly makes a few enemies on her path to success.

Confronted by scheming studio executives, philandering movie stars, and the perpetual lure of the bottle, Rylie relies on her new friendships to help her navigate life, love, and business in Hollywood.

A little background: This scene is from “Chapter 2: Relationships.” Rylie has just arrived in LA to assist in the filming and production of a short clip from her screenplay, which has been accepted to the Jones Film Festival. Sharon Howard is a member of the film festival committee, and she has pulled Rylie aside to discuss Rylie’s career and the future of her screenplay, Gansevoort:

‘Let me see if I follow: I’m expected to wait six months for an offer on this script, twiddling my thumbs, when I could possibly have an offer, a decent one, by the end of the week?’ Rylie said. ‘I mean, no disrespect, but if we’re being blunt here.’

‘You know, I didn’t expect a kid fresh out of college from Maine to be so cutthroat.’

‘I’m only being reasonable. If this is gonna be it, if I’m going to be a screenwriter, I can’t sit around for six months. I’m gonna have to go back to poah backwahds Maine in the meantime, unless I can find some work, which—in this economy—isn’t that likely. If I sell this script to a studio, it will probably hold me over until I write another one. Or maybe I’ll even win a prize at the film festival. This is only a script, after all. It’s not a filmed-and-ready-for-distribution movie, so even if I do shop it around, the odds of it getting made before the festival are slim to none.’

‘You think you know so much. You haven’t been in this town for ten minutes,’ Sharon said, softening her tone. Rylie almost thought Sharon was preparing to threaten her.

‘I read a lot,’ Rylie said. ‘I know it’s not a substitute for experience, but it’s enough to know that you’re trying to pull something here. I don’t know what it could possibly be, but if you’d enlighten me, maybe I’ll consider what you’re asking.’ She was nervous as hell—her hands were shaking underneath the table—but she knew she had to be strong, ruthless, and straightforward to get what she wanted done. 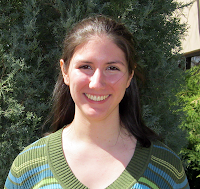 By day, I work in a cubicle tending to an e-commerce website. By night, I blog, I review television shows and films, and occasionally, I settle down long enough to write a novel. I’ve always had a diverse set of interests, which has led me to study everything from ethics to yoga to film, but the one thing that has stayed consistent is my enthusiasm for writing. Writing is my way of bringing all of my interests together—I may not be able to speak six languages, pick the lock on a door, or cook a five-course meal without a recipe, but I can write about a character who can, and that’s the next best thing!

Connect with me on Goodreads:
http://www.goodreads.com/author/show/6428146.Jessica_Lave/

Buy the paperback from CreateSpace:
https://www.createspace.com/4209363