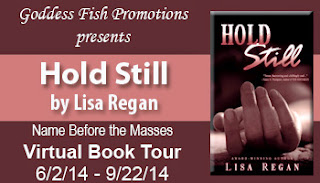 Well I’ve always loved a good mystery. When I was 4 and 5 years old I loved Scooby Doo. Later I read Nancy Drew books and my favorite author as a young adult was Christopher Pike—his books crossed over into YA Horror but most of them had a good mystery at their core. Later, as an adult, I started writing in the crime fiction genre as a way to try to understand why people do horrible things and how good people deal with and recover from violence. Of course it has to be fast-paced and entertaining so that is where the work comes in. I start with a what-if premise like with my first novel, Finding Claire Fletcher: what if you ran into a missing person and didn’t know they were a missing person until after the encounter? My what-ifs seem to always revolve around crimes.

A lot of police procedural and legal research. Lucky for me, the police officers, detectives and lawyers I’ve spoken with over the years have been wonderful. In Hold Still, a great deal of the action takes place at the Northwest Detective Division. Years ago, when I was researching for a different novel, I got to go down there for the better part of an overnight shift and hang out at the Division. They gave me a tour and answered a ton of my questions. It was really fascinating.

That I need to be more outspoken. I love Jocelyn because she says just exactly what she is thinking. She doesn’t hold back. She’s definitely a rip-the-band-aid-off-quick type of person. She tells it like it is and doesn’t worry about whether people will be upset with her or not. I wish I could be more direct and unflinching like her.

Mostly just that I absolutely have to write my first drafts in longhand. Whether it’s in a notebook or the back of a paper plate, it has to be longhand. I don’t know why, it just feels easier and flows better that way. There was one time that I thought I was just being silly and I should be more techno-savvy. So I started this story on my laptop and went like a bat out of hell. I mean I was on fire. I wrote 5,000 words in one night. I was so excited. I thought wow! Writing on my computer is the greatest thing ever. Then the next day my computer crashed and I lost the story. I was devastated. Obviously, now I back up everything immediately but that totally reinforced my superstition about writing longhand! Although once I misplaced my notebook before I had typed up everything inside it and I literally started hyperventilating. My daughter found it, thank goodness, but it was scary!

I’m half and half. I start out as a panster, write to see where it’s going. Once I see that it is in fact going somewhere, I stop writing and start plotting. I know, it’s like the least efficient way of writing a book. I tried being 100% plotter but I just couldn’t do it.

A water bottle. Boring, I know.

I have several books planned for Jocelyn Rush. I want to develop that into a series. Also I’m working on a book called Harm about a telekinetic teenager and his father on the run from shadowy organizations that want to use the boy’s powers for evil—a bit of a departure, I know, but it compels me. Then there is the sequel to my first novel, Finding Claire Fletcher which will be called Over the Edge.

What is the number one thing that turns you off about a book?

Three men are viciously assaulting Philadelphia's prostitutes, and it's up to veteran detective Jocelyn Rush to stop them. She catches two, but they won't betray their partner, the most dangerous of all, and the attacks continue, striking closer to home. Jocelyn's only real clue comes when a monster from her past resurfaces--now she must race to connect the demons of her past with the villain of her present--before the sadistic attacker sets his sights on her.

Pacing, Jocelyn loosened the brace on her wrist and rubbed the skin lightly before tightening it again. Exhaustion made her legs ache. It was nearing the end of her shift, but she knew they’d be there well after their shift doing paperwork. She remembered she’d promised Olivia they would go get a Halloween costume in the morning.

“This isn’t right,” Jocelyn said. “Why are they protecting this guy?”

Kevin sighed. “Who cares? It isn’t our problem anyway. Let’s just charge ‘em and leave ‘em down there till SVU picks them up.”

Kevin ran a hand over the thinning hair at his scalp. “Jesus Christ, Rush. With whatever we can. Rape, kidnapping, aggravated assault.”

She stopped pacing and looked at Kevin. “We need the third guy.”

“This is not our case. We’re not going after the third guy. We’re charging these guys, and we’re going home.”

Jocelyn stood before him and put her hands on her hips. She arched her brow until Kevin groaned loudly, leaning back in his chair and looking at the ceiling as if he wished aliens would abduct him right that very second. “What the hell, Rush?”

“When SVU takes over, I want to make sure we did our job.”

Kevin shook his head and looked back at her. “We did our job. Look, we’re not getting the third guy through these two. Did you offer Warner a deal?”

Jocelyn nodded. She rifled through her desk for the bottle of Ibuprofen she kept there. “He’s not taking a deal.” 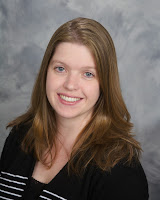 Lisa Regan is a crime fiction author. Her first novel, Finding Claire Fletcher won Best Heroine in the eFestival of Words Best of the Independent eBook Awards 2013. It was runner-up for Best Novel. It was also a Digital Book Today Best of 2013 ebook selection. In December 2013, Finding Claire Fletcher and her second novel, Aberration were #1 Amazon bestsellers in the Kidnapping and Serial Killers categories, respectively. Hold Still is her third novel and was released in March.

Lisa is a member of Sisters In Crime. She has a Bachelor’s Degree in English and Master of Education Degree from Bloomsburg University. She lives in Philadelphia with her husband and daughter.

Buy the book at Amazon, Barnes and Noble, Smashwords, or Kobo.