When All Balls Drop by Heidi Siefkas - Spotlight and Giveaway

This post is part of a virtual book tour organized by Goddess Fish Promotions. Heidi will be awarding an autographed copy of When All Balls Drop to five randomly drawn winners via rafflecopter during the tour (US ONLY). A Grand Prize of a $50 Amazon/BN GC will be awarded to one randomly drawn winner via rafflecopter during the tour. Click on the tour banner to see the other stops on the tour.

The true story of a survivor
who through losing everything,
redefined having it all

Heidi Siefkas was a happily married, globetrotting professional who seemingly “had it all”—until a tree limb in New York’s Hudson River Valley struck her down, breaking her neck and leaving her unconscious. Suddenly, life as she knew it stopped. She lost her independence. She lost her career. She watched her marriage disintegrate as she confronted a trail of devastating lies about her husband’s double life.

She had lost all that mattered, but she was a survivor. She fought to restore her health, repair her broken heart, and rebuild herself. Along the way, she gained clarity about her core values, ultimately coming to a deeper understanding of what it means to have it all.

Through down-to-earth, short vignettes, When All Balls Drop shows us how it’s possible to “look up” in spite of pain, deceit, and loss. Heidi’s memoir--rich with hope and humor, inspires anyone who’s had to confront tragedy and reassess their life in the wake of life-altering events.

While transitioning from morphine to pain pills, I became acquainted with the nurses on the fifth floor. Every four hours one of them would come, which meant more pain pills and a little company to break up my counting the holes in the ceiling tiles. Granted, some nurses were better than others; I noted a dramatic difference between the demeanors of the daytime nurses versus the graveyard shifters. Maybe the daytime shift conversations were all an act—“Honey, darling, sweetie, I know”—because I had visitors, witnesses to their behaviors. However, the night crew came in like ghosts: pop in, give meds, check vitals, and pop out to go back to texting or watching the TV until passing the patient baton to the relieving nurse.

Regardless of shift, not one of them exuded the compassion I expected from a nurse. Between the equipment provider with his in-your-face butt crack and the revolving door of nurses and specialists who failed to respond promptly to my call button due to gossiping or texting, I began to believe the term health care professional was an oxymoron.
About the Author: 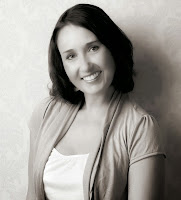 Heidi Siefkas is an author and adventurer. Originally from small-town Wisconsin, she lives in Kauai and also calls the Midwest and South Florida home. Heidi is currently crafting a sequel to this memoir, embracing both her wanderlust and love of writing by documenting her many travels. You can connect with Heidi at www.heidisiefkas.com, Facebook, YouTube and Twitter.

Buy the book at Amazon
a Rafflecopter giveaway
Posted by MJ Thomas at 4:00 AM