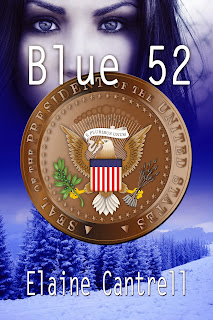 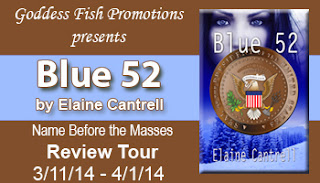 This review is in conjunction with a virtual book tour organized by Goddess Fish Promotions. Elaine will be awarding a free ecopy of Return Engagement to a randomly drawn commenter at every stop and a Grand prize of a $50 gift certificate for Amazon or B&N to one commenter. Click on the tour banner to see the other stops on the tour.


Thirty years later Hank Lovinggood embarks on a quest to prove his mother's innocence and punish the killers who took his family from him. Together Hank and lovely physicist Kathryn Sinclair confront an implacable, twisted, merciless enemy who'll do whatever it takes to hide the truth forever.

This book is a sequel to Ms. Cantrell's Return Engagement. Set in the near future, it was cool to see how things were mostly the same, but with a few differences (I don't like driving much, so I really liked the idea of the futuristic cars!; not so much the picture phones.. ). One thing it also shows though is that people don't much change and family matters.

Hank has grown up being told that his mother killed his father. When he is afforded the opportunity to go back in time to see what really happened, he takes it. I like the way he hesitated at first--that felt very real to me. In fact the first part of the book isn't so much about the time travel itself, but the relationship developing between Hank and Kathryn...the way the trust between them grows.

I really like the Lovinggood family. I understand where the grandparents are coming from and the ways they have of dealing with their grief. I also like the way they support Hank once the decision has been made.

Ms. Cantrell brings her characters to life... the reader grows to love them and to care what happens to them. That is key for this reader. If I don't care about the characters, then the book doesn't work for me, no matter how exciting the plot line might be or how skillfully the words are put together. So, that alone makes this book a winner in my eyes. It's just an added plus that the plot is interesting as well!

I do hope Ms. Cantrell writes more books with this family-- I would love for her to write about the incidents surrounding "Blue 52"... my curiosity is definitely aroused. Good job, Ms. Cantrell... 4 flowers and I'm looking forward to reading more.

Okay, Hank is what? Kathryn took a deep, cleansing breath and blew it out, clearing her mind of all thoughts except those of Hank. Gradually, she relaxed, and when she did, images flooded her mind.

She smiled as she remembered how Hank had confronted her about Double T. He certainly had changed his mind. Her thoughts strayed to the kisses they had shared at Millicent’s party. Oh those kisses! Even now her face flushed and her heart raced when she thought of his lips against hers.

We always enjoy each other’s company, too. Hank made a treat out of something as mundane as putting the rocking horses together. She sighed. And, oh, didn’t he look gorgeous in his peach-colored shirt!

She remembered the first time they had confronted the Stantons. At the cemetery he had stepped in front of her to protect her. And now he now made her feel safe in spite of Stanton’s dirty schemes. He had supported her and comforted her since Chris died, too, and look at what his family had done for CeeCee.

She couldn’t imagine a life without Hank Lovinggood in it. Her breath caught in her throat. She had fallen in love with him without even realizing it.

Elaine Cantrell was born and raised in South Carolina where she obtained a master’s degree in personnel services from Clemson University. She is a member of Alpha Delta Kappa, an international honorary society for women educators, Romance Writers of America, and EPIC authors. Her first novel, A New Leaf, was the 2003 winner of the Timeless Love Contest. When she’s not writing or teaching, she enjoys movies, quilting, reading, and collecting vintage Christmas ornaments.

Find Elaine at the following locations:

Buy the book at Amazon, Barnes and Noble, Whiskey Creek Press, or Smashwords. a Rafflecopter giveaway
Posted by MJ Thomas at 4:00 AM