The Make-Believe Bride by Martha Hix - Spotlight and Giveaway

This post is part of a virtual book tour organized by Goddess Fish Promotions. The authors will be awarding digital copies of all books on tour to a randomly drawn winner via rafflecopter during the tour. Click on the tour banner to see the other stops on the tour.

She’s a bride with a secret as big as Texas…

Widowed and alone, Linnea Powell agrees to swap places with a reluctant mail-order bride. Arriving in Lubbock, Texas, armed only with her future husband’s letters promising a prosperous life, Linnea feels hopeful—until the stagecoach leaves her standing before a handsome stranger who has more ambition than he does prospects. Still, Linnea accepts Sam Kincaid’s proposal, knowing the moment he seals their vows with a hungry kiss, she’ll never be able to keep her past a secret. For her appealing new husband is all too eager to share the marriage bed….

Sam knows there’s something mysterious about his new bride. But that only adds to Linnea’s allure. And when he learns his wife is really a vulnerable widow, he’s even more determined to give her the life and family she dreams of. Sam’s not afraid of hard work, especially when the prize is Linnea’s love. What the rugged rancher doesn’t know is that Linnea has an even bigger secret, one that could destroy his reputation—and shatter his heart….

“What makes you think you can just step in and take this nice young lady’s identity?”

Still feeling the shake and rattle of riding for days in a stagecoach, Linnea Powell, disgraced widow, tried to ignore her lunch companion’s question. Impossible. The dark-haired, skinny woman was jerking her thumb at the eatery’s newest waitress.

Linnea leaned in to whisper, “Put your finger down or Mr. Philpott will notice you’re upset.”

Jewel Bellingham did drop her hand, but her mouth flattened with disgust.

They both glanced at the reporter, their fellow stagecoach passenger since leaving the East Texas town of Jefferson—one of several waystations on their journey from Shreveport, Louisiana. The man sat at a table for one and dabbed his mouth with a napkin. Despite his hunger for a shocking story, he always refused to break bread with the women, which suited Linnea just fine.

The prig then wiggled on his chair and raised a forkful of pie as if to smell the contents. One side of his mouth lifted in what appeared to be distaste.

“He could ruin everything,” Linnea said, her tone a hushed yet heartfelt plea.

The newly hired waitress approached. Carrying a large tray of plates, Ermentrude Flanders winked as she breezed by to deliver the noonday meal to a table of four. Just this morning, when the stage pulled into Fort Worth, the pleasant, flaxen-haired girl had abandoned her seat to ask the proprietor to take down the Waitress Required sign.

“I can understand wanting to better oneself,” Jewel remarked, leaning in to whisper, “but I have a hard time reconciling her future.

She could have been a respectable matron. To take a waitress job, on the off chance she can quit if a highfalutin bunch of Fort Worth doctors will allow her to study medicine at their school? Not likely. 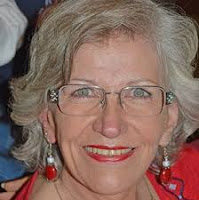 Martha Hix is an internationally and multi published, award winning author. Living in the breathtakingly fabulous Texas Hill Country, she is blessed with a husband, two daughters and one son-in-law, their children, many friends and relatives, and has a house filled with books and spoiled four legged kids. She enjoys volunteering for good causes, and is an election judge and precinct chair for her county. She loves to hang out with her WINOS and Slacker girlfriends, and with her writing muse, Barbara Catlin.

Buy the book at Kensington Books.