This post is part of a virtual book tour organized by Goddess Fish Promotions. Michelle will be awarding a $25 Amazon or B/N GC to a randomly drawn winner via rafflecopter during the tour. Click on the tour banner to see the other stops on the tour. 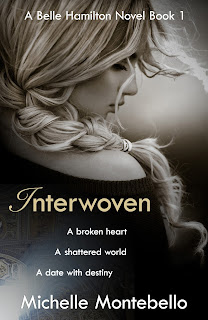 Belle Hamilton is a romantic at heart. She's engaged to the love of her life and dreams of marriage, children and a happily ever after. Belle’s world is close to perfect until one afternoon she makes a decision she can't take back.

In the blink of an eye, Belle’s life spirals out of control. She loses everything that is dear to her and is forced to flee to the other side of the world where she meets Andrea, a local bartender from Rome, and develops an unexpected connection with him.

Can they break through the complications of past hurts and a long-distance relationship to make it work or will one terrifying night in Paris end it before it had a chance to begin?

The view from the back garden was one of the best of the house. Perched high above the foreshore, it drank in the shimmering blue water, as yachts sailed lazily by and the Sydney Harbour Bridge stood magnificent and arching in the distance.

Mrs Sutton had laid out a lemon cake, a plate of her famous melting moments, and tea and coffee.

Belle took a seat and Grace smiled at Mrs Sutton.

‘We can pour and serve thanks, Beryl.’

Mrs Sutton nodded and retreated to the kitchen.

‘She’s wonderful,’ Grace said, arranging cups and saucers around the table. ‘Especially so when you were young. I don’t know what I would’ve done without her. Your father wasn’t particularly good with babies.’

‘Do they have much to do around the house? I mean, it’s just you and Dad now.’

‘Oh, not really. But I like having them here. I’d be rather lonely without them,’ she said, almost wistfully. ‘Tea or coffee, sweetheart?’

Edward joined them a few minutes later, scraping back his chair to sit down, and Grace poured him a cup of coffee—black, no sugar. Belle watched him sip, then take a plate, serve himself a slice of cake and take another sip. He was silent, deliberate in his apathy. She fought the urge to shake him as they sat around the table in some strange carbon copy of family life.

‘Edward, Ben was here earlier to see you,’ Grace said, passing Belle a cup of coffee across the table with a wink. ‘It would be nice to hear what he had to say.’

Edward raised his eyebrows at the question. ‘Why doesn’t she ask him herself? He’s her fiancé.’

‘I’ve tried talking to him but he won’t answer my calls,’ Belle explained. ‘Last night, I … I caught him in bed with someone else.’

Grace gasped from across the table. ‘My goodness! Edward?’

‘Yes, yes, I know all the details,’ he said. ‘He’s already told me. And I don’t condone his behaviour but we can’t deny that it’s been coming to this.’

‘Coming to this? What do you mean?’ Belle was confused.

‘Ask him! I’m not getting involved.’

Belle frowned. Not getting involved. Really?

‘You’ve brought this on yourself, I’m afraid,’ Edward said. ‘Gallivanting around with that Alexander girl. She’s a no-good harlot who has far too much time and money on her hands and a reputation at that.’

‘Please let’s not bring Riley into this,’ Grace said, and he grumbled something about the Alexanders into his coffee.

‘Dad, I still don’t understand what’s going on with Ben.’

‘What’s not to understand? Benjamin’s actions speak for themselves. He’s frustrated. He’s had enough.’

‘Of not being able to view you as an equal. An ambitious boy like Benjamin needs someone who will challenge him, motivate him. He doesn’t think you’re capable of that.’

‘So he climbs into bed with someone else?’

‘He handled it badly. Everyone makes mistakes.’

‘You can’t blame him for wanting to better himself.’

‘The girl he’s met is from a prominent family. They’ll open all kinds of doors for young Benjamin.’

‘You mean the girl I caught him with?’

‘Yes. And I know her father personally. He’s an impressive man.’

Belle fell silent as she stared across the harbour. It was hard to believe they were talking about the same Ben. Her Ben.

‘If you’d studied law like I told you to, if you’d listened to all the advice I’d been giving you over the years, maybe you would’ve had more in common with him. Maybe you would’ve been able to keep up.’

Belle cast her eyes down at her coffee. ‘So what you’re really saying is I’m not good enough for him.’

‘Edward, you’re being unfair,’ Grace interjected. ‘Belle’s not the one who cheated here.’

‘I’m just telling you what he told me.’

‘Did he say anything else, Dad? Did he say if the wedding was off?’

Edward drained the last of his coffee, looking amused at her question. ‘You caught your fiancé being indiscreet. Wouldn’t you say the wedding was off?’ He dabbed at the corners of his mouth with a napkin and rose from his chair with a huff. ‘Now if you’ll excuse me, between you and Benjamin, I’ve gotten absolutely no work done today.’

He turned and marched back inside to his office, leaving Belle and Grace to stare at each other in mute discombobulation. 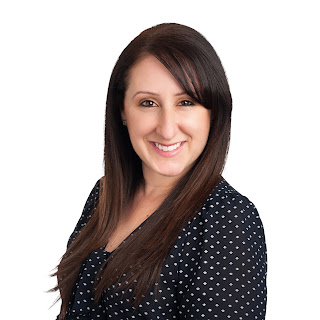 Michelle Montebello was born and raised in Sydney, Australia, where she lives with her husband and two young children. She has always had a passion for reading, writing and the dramatic arts and she spent most of her childhood immersed in books, writing stories and performing in plays.

She has worked full-time in the corporate sector since 1998. It wasn't until she completed a writing course with James Patterson that she was inspired to write and publish her first novel, Interwoven, in 2017.

In addition to her writing, she also has a passion for travel and loves to combine her two favourite things - creative writing and travelling - to create vibrant worlds for her characters to explore.

When this busy mum is not working, chasing little ones or searching under beds for monsters, she can be found reading, writing or plotting her next story.