This post is part of a virtual book tour organized by Goddess Fish Promotions. John C. Waite will be awarding a $50 Gift Certificate to Nuts.com to a randomly drawn winner via rafflecopter during the tour. Click on the tour banner to see the other stops on the tour.

The factors that govern pace depend on several things including the plot’s complexity, style, and characters. There is no “one pace fits all.”

In The Tursiops Syndrome, I wanted it to open fast to grab the reader’s attention, then slow down sufficiently that the reader can grasp the intricacies of the major characters, then build momentum toward the conclusion. It should be slow enough at times that the reader will not have to reread too many passages to understand the characters’ motives.

And, of course, love scenes demand a different pace than do fight scenes, although one can lead to the other.

Some pacing depends on the setting. If you are trying to create a positive emotion for a love scene, you don’t want a wham-bam-thank you mam pace. And in an action scene, particularly a violent one, you don’t want to drag it out using too many adverbs and adjectives.

I opened The Tursiops Syndrome with a war scene and the pacing bordered on hectic. The scenes that followed, that were character building, slowed the pace considerably. Drawing heroes and heroines takes time. Since the book is a “thriller” I couldn’t, of course, let the character building and plot development slow the pace too much. And through the course of the story, the pace had to build toward the climax.

I tried to follow that scenario in “Tursiops.” But in some of the flashback scenes, particularly in the aftermath of Kevin’s loss of his first love, the story-telling pace had to slow. Rushing through those scenes would have stripped much of the character’s meaning to readers.

The author hopes that the overall impression of “pace” in the story pleases the reader, helps to maintain interest while at the time not rushing the conclusion. That’s what I'm searching for in every story I write. 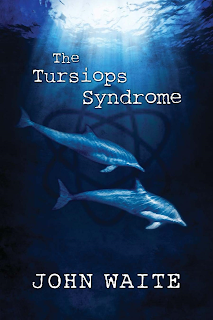 How do you get a nuke into the heart of the city? Maybe a dolphin can help. From Author John Waite, the tale of a police detective who matches wits with a mad scientist and terrorists intent on destroying America. When detective Hickory Logan joins Park Ranger Kevin Whitehead investigating the mysterious death of a dolphin she finds herself sucked into a far deeper whirlpool. Can she and Kevin stop the tide of terror that threatens to kill thousands or will they be fodder for a nuclear fireball?

A newspaper review described Tursiops thus: "The writing is, well, wonderful. Waite has a gift for dialogue and story-telling, and his plot is adventurous and perfectly paced."

A scrabbling behind him took Red’s attention from the house. He turned to see a young man wearing medic bars leaning over Jessie’s prone body. He watched as the medic fingered Jessie’s throat, looking for a pulse.

He reached into a small canvas bag and pulled out a red-lensed flashlight, a plastic bag and tubing. Squatting next to Jesse, he shoved her sleeve up her arm and inserted a needle into a vein.

He looked up at Red.

“Close as you’re gonna get out here.”

“I’m going for a medevac,” he said and vanished into the darkness.

Red watched Jessie. She didn’t move. He couldn’t tell if she was breathing. But the medic had said she was alive.

Headlights flipped on, and an engine cranked several vehicles back in the convoy. Other lights were coming on around him now, and he could see Jessie, her face masked by the blood-soaked bandanna stuffed into the bullet furrow.

“Jess, I don’t know. Just don’t move…please. The medic will be right back.”

“I screwed up, huh. Anybody else hurt?”

As if on cue, a jeep crunched to a halt at Jessie’s feet, and the young medic jumped out.

“Bird’s on its way,” he said as he knelt beside her.

The medic took her hand. 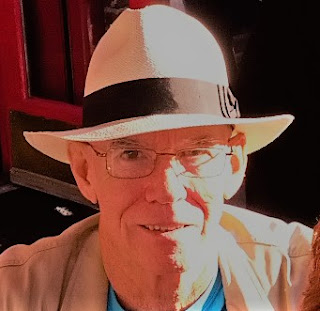 Thousands of author John C Waite’s words flew past Alpha Centauri years ago, heading for the center of the galaxy, perhaps sparking an arthropod’s grin in route. Waite, a degreed journalist and retired Merchant Mariner has numerous writing and broadcasting awards to his credit, and millions of words in print and broadcast media. Originally from New Orleans he has called Panhandle Florida his home for fifty years, but still retains a taste for things Creole and Cajun. A recreational and professional sailor, his travels have covered the Caribbean, the Atlantic and Pacific coasts, portions of south and Central America, Canada, Hawaii, Ireland, Britain, and Europe. John resides in Pensacola, Florida. He is a father to four, and grandfather to four. His books are available on Amazon.