This post is part of a virtual book tour organized by Goddess Fish Promotions. The author will be awarding a $20 Amazon/BN gift card to a randomly drawn commenter via Rafflecopter. Please click on the tour banner to see the other stops on the tour.

Winter storm Holly is the worst in eighty years bringing high winds, subzero temperatures and snowfall better measured in feet than in inches. The weather paralyzes everything in its path, but in this storm, weather isn’t the only threat. A new installment of STORMWATCH releases each Thursday starting December 5 through January 9. Each thrilling full length novel is a standalone story with no cliffhangers. Don’t miss a single one from half a dozen of the genre's bestselling storytellers! 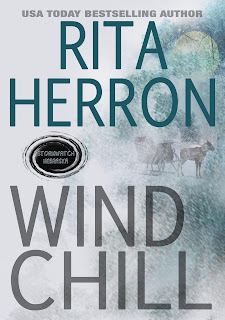 Freezing temperatures can kill…
A serial killer the press has dubbed the Christmas killer is taking lives…and he’s not finished yet.

All Special Agent Gia Franklin’s sister Carly wanted was for Gia to come home for Christmas.

But Gia avoids the holidays, using her job as an excuse to stay away. For weeks, she’s been tracking The Christmas Killer, a cold-hearted monster who strangles his victims and poses them with one of the Twelve Days of Christmas ornaments. With nine women dead, and only four days until Christmas, she must stop him before he kills again.

Then he makes the case personal by kidnapping Carly, and Gia must go home.

Aware she may be walking into a trap, she teams up with sexy, local Sheriff Murphy Malone to stop the madness, and save the holiday for her sister and the town.

But the clock is ticking.

And the CK has his own holiday plans – ornaments eleven and twelve belong to the Franklin sisters, and he won’t stop until they’re dead…

A chuckle rumbled from deep in his gut. She wanted to make this personal.

Hell, he’d considered making it personal before. Now he would. He’d make it very personal.

He snagged his phone and accessed the airlines’ flight schedules. He’d planned to stay in the sunny South for the last three kills.

Now things would change, and he would up the ante. He’d skip a few states and take Gia back home. Then he’d throw her off her game.

“Nebraska, here I come,” he muttered as he booked the next flight out.

Adrenaline surged through him, and he picked up another red scarf and brushed it across his cheek.

By tonight, he’d be in Tinley with Gia’s sister. 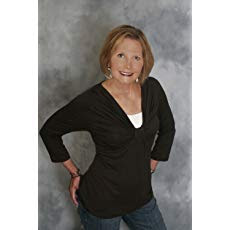 USA Today Bestselling and award-winning author Rita Herron fell in love with books at the ripe age of eight when she read her first Trixie Belden mystery. Although she wanted to be a writer then and actually scrawled her first novel at age twelve, she didn't think real people grew up to be writers, so she became a kindergarten teacher instead. Ten years ago, she traded her classroom storytelling and puppets for a computer and now writes so she doesn't have to get a real job.

If you want to know more about Rita or have a question for her about her books, or writing in general, email Rita and she'll be happy to answer your question.