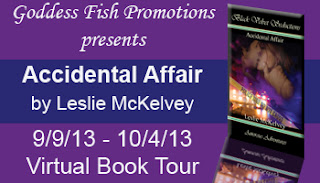 This post is part of a virtual book tour organized by Goddess Fish Promotions. One randomly drawn commenter will win a $50 Amazon gift certificate. You can see the other stops on the tour by clicking the tour banner.

Jack Vaughn is sure his life is over as he tumbles down the wooded hillside onto the deserted two-lane stretch of asphalt. Years of work ended with a single gunshot. Yet, it’s not over.

A good Samaritan stops to help him, despite the danger he poses to her.

Laine Wheeler knows better than to stop for strangers on the rural Montana highway near her home, but her conscience won’t allow her to leave an injured man behind.

What she doesn’t know is the man is an undercover ATF agent tasked with infiltrating a domestic terrorist group. His cover has been blown and helping him will put her life in danger.

Though there is an instant attraction, Jack knows that beginning a romantic relationship with Laine would be both unfair and unwise. Yet the farther they run, the harder it gets to ignore the feelings that are surging between them.

Inch by inch, he trailed his tongue from her ankle to her knee. He continued until he was kneeling between her thighs, and her hushed gasps told him more than words could. Jack paused and looked at her, and a smile curved his mouth when she let out a moan. Her entire body was flushed and trembling, and when he nibbled the flesh of her inner thigh, she jumped. He made slow, lazy circles on her skin with his tongue, moving ever closer to his goal. Her leg muscles shook and her abdomen quivered. Her eyes were closed, her hands clenching and unclenching the bedcover, her breasts rising and falling with each rapid breath.

Instead of replying he covered her with his mouth. His tongue started a slow, deliberate massage of her most sensitive spot and she covered her mouth with her hands, as if she didn’t want him to hear her. He teased her for several minutes, but when he increased the pressure, she squirmed and tried to scoot away from him. Jack planted his good hand on her belly to hold her still while he backed off just a little. She remained poised for flight, but he swirled his tongue lazily around that tender, fleshy button and she arched her back, her stomach muscles quivering. Her head thrashed back and forth on the bed, her hair like red ribbons on the white cover.

He sensed the tension in her, sensed her holding back, and kissed the inside of her thigh. “Don’t fight it, Doc,” he whispered. “You’ve taken care of me. Now it’s my turn.” 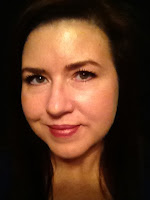 Leslie McKelvey has been writing since she learned to write, and her mother still stores boxes of handwritten stories in the attic. Leslie read her first romance at 12 and was hooked. When her high school Creative Writing teacher told her she needed to be a novelist, she decided to give it a try. Finally, at the ripe old age of...forty-something...her debut novel, Accidental Affair, made it into print through Black Velvet Seductions Publishing. The publisher has also contracted two more manuscripts, which will follow Accidental Affair shortly. Leslie is a war-veteran who served with the U.S. Navy during the Gulf War, and she was among the first groups of women to work the flight deck of an aircraft carrier. During her five years tour she was stationed at NAS Miramar and was an F-14 Tomcat mechanic and plane captain. While in San Diego she spent time on the carriers USS Independence, USS Ranger, USS Lincoln, and the USS Nimitz. The final two years of her enlistment were spent on Guam and her squadron frequently deployed to Japan and the Middle East. She learned everything she knows about firearms and tactics from her police officer husband, who is a weapons expert, range master, and firearms instructor for one of the most highly-respected law-enforcement agencies in the world (and one he wishes her NOT to disclose). He is her biggest supporter and her unpaid consultant on everything law-enforcement and weapons related. She has three boys who keep her very busy and contribute daily to her growing number of gray hairs. Her oldest son is a United States Marine and the younger two have vowed to follow in their brother’s footsteps (OOH RAH!). She spends her off-time (kidding...WHAT off-time?) reading, taking pictures, and sending lead down range (that's shooting, for those who are unfamiliar). One of her favorite scents is the smell of gunpowder in the morning....

Buy the book at Amazon or Barnes and Noble. Connect with the author on her blog.
Posted by MJ Thomas at 4:00 AM