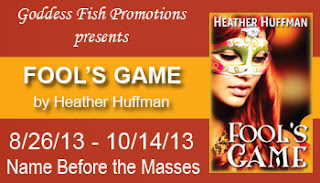 This post is part of a virtual book tour organized by Goddess Fish Promotions. Heather will be awarding an ebook (international) of ROSES IN ECUADOR by Heather Huffman, at each stop, along with a grand prize of an autographed paperback (US only) of RING OF FIRE to a randomly drawn commenter during the tour.

Five things you’d never guess about me? That’s tough because so much of myself is included in my novels. I feel like I’m so transparent there can’t be many secrets left (probably to my family’s chagrin).

1) I once hung myself from a horse’s saddle horn by my bra. When I was first learning to ride, a stirrup gave on me as I was mounting the horse. I slid down and somehow found myself hanging rather precariously from the saddle horn. Thank God the horse just looked at me like I was nuts instead of taking off!

2) The bones in my hands aren’t made correctly. On both hands, the bone that should connect my pointer finger to my wrist ends in a knot about a finger’s width away from where it’s supposed to be, leaving a gap between it and the wrist. The older I get, the more my hands bother me because of it.

3) I permanently tore up my ankle at the age of 15, while doing step aerobics in gym class. One of the star football players had to help me to the nurse when I almost passed out. I don’t know what was worse, the years of surgery and therapy over a step aerobics injury, or having one of the cutest boys in school remember me as the girl who nearly hit the floor at his feet.

4) Adam, my husband, is both my first and second husband. We were briefly divorced ten years ago before remarrying – on our anniversary to avoid any confusion. That was such a horrible time in all our lives that we don’t talk about it much. People look at our family now and assume it’s perfect, but we’ve had our ups and downs. We are ridiculously blessed to have each other, but we’re honest about where we’ve been to remind others there’s always hope.

5) I have a scar at the base of my throat that looks like a small bruise. When I was two, my mother accidentally caught a piece of skin in the zipper of my footed jammies because I wouldn’t stop squirming. She says she cried as much as I did, and that doesn’t surprise me. (She’s a tenderhearted mama; I can imagine it tormented her!) Even now, 34 years later, she sometimes stops, looks at the scar on my neck, and mentions how bad she feels about it. I don’t mind it, though. It’s just part of what makes me unique. 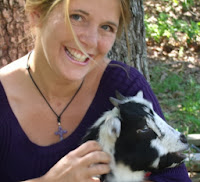 Heather Huffman calls the beautiful Missouri Ozarks home. When not writing, this homesteading mother is cheering one of her three sons on at a sporting event, making dandelion fritters, or tending the family’s myriad of animals, which includes alpacas, goats, chickens and ducks. Heather’s optimistic and sometimes quirky view of life often finds its way into her novels.

Heather is the author of Throwaway, Ties that Bind, Jailbird, Suddenly a Spy, Ring of Fire, Tumbleweed, Devil in Disguise and Roses in Ecuador. You can find out more about her family’s adventures as they strive to live off the land on a small farm, as well as her writing and charitable work, on www.HeatherHuffman.net.

At the request of the U.S. Government, Caitlyn O’Rourke faked her death years ago, only to be reborn as the Cat—a deadly black-ops agent tasked with working for the shadowy organization Chameleon and doing the jobs that can’t be done in the light of day. Now, on the verge of taking down a notorious drug lord and rescuing a captured Chameleon agent, Cat is targeted for assassination…from within. But who’s making the call, and why?

As she attempts to uncover answers and stay alive, Cat finds herself working alongside Cody Kingsley, the mysterious senator who broke her heart and betrayed her long ago. Along with an inner circle of fellow agents, Cat and Cody must untangle the web of lies that surrounds them before it’s too late.

From the sultry streets of New Orleans to a secluded plantation in Ecuador to Washington, DC, Cat must elude an agent hell-bent on her destruction while figuring out how high up the ladder the conspiracy reaches. At the same time, she must work through her tumultuous and conflicting emotions where both Cody and fellow agent Galloway—who may or may not have her best interests at heart—are concerned.

A thrill ride of emotions, suspense, and action, Fool’s Game intertwines matters of the heart and survival …and the only thing certain is that Cat will never be the same.

Buy the book at Booktrope.
Posted by MJ Thomas at 4:32 AM