A special It's Raining Books welcome to David Wellington, whose debut action thriller was released in July.

Well, that’s kind of a trick question because I don’t write in just one genre. I’ve done horror and fantasy and now thrillers—and even my thrillers contain mystery, science fiction, horror… I don’t think in terms of genre when I write. If a good story comes to me, I just write it down!

Research is one of those things you either love or hate, and luckily for me I love it. I read ten times more about a subject than I need to in order to be able to write about it. For Chimera, my new book, I had to learn a great deal about the intelligence community, about prosthetic limbs, about genetics and even the biology of grizzly bear hibernation. I was in heaven.

Jim Chapel, my protagonist, is an intelligence operative working for some pretty shady people but he never lets it compromise his humanity. He started out as a much grittier character, and got more principled as I wrote his scenes. He taught me that it’s still possible to be compassionate and even honorable, even in a world like ours that seems to have lost its way. It just takes a willingness to accept responsibility for your actions.

I have to play and win a quick video game between writing each chapter of one of my books. Nothing too involved—I have a computer version of Risk that plays out in five minutes. It wakes me up and gets me pumped to write. I can actually write without it, but it definitely helps.

Plotter, definitely. I make elaborate outlines and think carefully about the structure of my story before I begin. I know exactly what each chapter needs and how it should go. Of course, once I’m actually composing, all that goes out the window when I think of a better way or I realize there’s a plot hole that needs to be filled.

There will be two sequels to Chimera, called Hydra and Cyclops, which continue Jim Chapel’s story. I also have a zombie epic called Positive that should be out next year.

Yes: If we lived in a world where there were no pre-defined genres, if all books from literary to paranormal romance to novels about real estate speculation were on the same shelf, how would you describe the book you wanted to read? You may not use any quasi-genre terms like “speculative fiction” or “mashup” or “slipstream”, either. Would you just say you wanted an entertaining book? Or would you be more specific and say you wanted a book about sailors who fall in love with dental hygienists? This is a more serious question than may at first be apparent. I’m very worried that the emphasis on genre leads us to miss out on a lot of great books. It’s possible that the rise of eBooks could change that trend, though we’re not there yet. 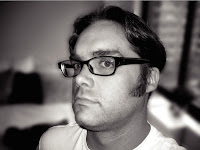 David Wellington is the author of more than a dozen novels, which have been translated into seven languages and published around the world. His horror series include Monster Island, 13 Bullets and Frostbite. His first thriller novel, Chimera, is available now. He lives and works in Brooklyn, New York.

David Wellington has quickly become a rising star in the horror/sci-fi community with his “Monster Island” trilogy. In CHIMERA (William Morrow Hardcover; On Sale: 7/23/13; ISBN: 9780062248770), Wellington’s break-out action thriller, he combines heart-stopping scientific horrors with non-stop action in a race to stop a group of genetically-modified killers.

When wounded Special Forces veteran Jim Chapel came home from Afghanistan, he thought his career in military intelligence was over. Chapel has been stuck behind a desk rather than out in the field. But now medical technology has finally caught up with Chapel’s ambitions, and coupled with his unstoppable determination he’s able get back to where he thrives: the thick of the action.

Ten years after his return, Chapel is drafted into a new war, this time on American soil. A small band of fugitives has escaped from a top secret upstate NY military facility, leaving a trail of bodies in their wake. Four men are loose in America, men with superhuman speed and strength, men carrying a deadly virus, men with a mission: kill an innocent civilian. And they will not stop until their mission is complete.

Chapel is tasked with hunting down the group of escapees and unraveling the mystery behind their existence. Aided by a mysterious woman named Angel and a courageous, beautiful veterinarian, Chapel begins a cross-country hunt to stop the murders. But are the killers really rogues, or are they part of a sinister conspiracy that reaches the highest levels?

Kirkus proclaims that CHIMERA is, “sure to score with those who like a little touch of science fiction with their action thrillers.” With the “…crisply written and exciting…” CHIMERA, Wellington shows how dabbling into genetic manipulation can produce terrifying results. (Booklist)