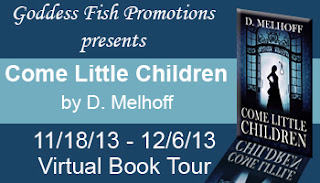 This post is part of a virtual book tour organized by Goddess Fish Promotions. Leave a comment or ask a question for a chance to win a $25 Amazon/BN gift card. Click on the tour banner to see the other stops on the tour.

It’s no secret that artists have to make sacrifices for their art. On top of living in less-than-five-star accommodations, forgoing expensive dinners for Ramen noodles, and choosing whether or not prescription medications are really worth it on a case by case basis, we often end up with a weird assortment of jobs just to pay our bills.

Which brings me to the topic I’ve been asked to talk about today: the top five strangest jobs I had while writing Come Little Children.

P.S. If you’re a writer or actor or any other artist, feel free to add your own resume in the comments. If nothing else, it’ll give someone else a laugh.

For a few months, I worked as a teller on the floor of a local Credit Union. The glorified title was actually “Member Service Representative”, but let’s call a spade a spade here. Also, you should know that being able to see how much money other people make is in no way comforting to a fledgling author.

No, I do not mean a referee (that would be a lot more fun and pay better). I merely worked the clock and kept track of goals for a minor league hockey division.

This is a bit of a stretch, but I used to help my grandmother and grandfather cut up buffalo carcasses on the family farm. We would spend one day a year carving up the different cuts of meat and filling their two deep-freezers, and at the end of it all, my payment would be a carload of take-home steaks, ribs, and pot roasts. Magnificent.

For a few years I was a projectionist at the local movie theater. This was before the days of digital projectors and all this 3D crap when the job still entailed lugging around two-ton canisters of film and splicing the reels together, then winding them onto platters, threading the machines, and flicking the motors to life. Those were the good old days.

Without a doubt, this is the strangest job I’ve ever had. Two winters ago I found myself hosting a game show called “Face The Music” at corporate Christmas parties for companies like BMW and KFC. I was pretty good too, if I don’t say so myself, because by the end of the night I usually had everyone dancing on the tables and galloping around the room to songs like “Mony Mony” and “Save a Horse, Ride a Cowboy”. The money was good and the travel was exciting, but the season was short, so that only lasted something like five or six weeks. If you’ve got any jobs that top Game Show Host, I’d love to hear about them in the comments. 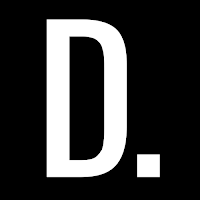 D. Melhoff is the author of Come Little Children, a supernatural thriller about a family of morticians who are connected to a string of paranormal murders in the town of Nolan, Yukon.

Buy the book at Amazon.
Posted by MJ Thomas at 6:22 AM