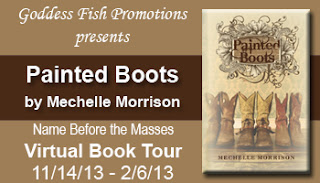 
Five Things You Might Not Know About Author Mechelle Morrison

1—When I was fifteen I spent a month in Europe with a study abroad students’ group. We stayed in youth hostels, university dorms, a convent and a few hotels. I bought mostly tee-shirts as souvenirs (Paris! London! Rome!), though they’re long gone now. But from each hotel or train or youth hostel I collected six sheets of TP. I still have them; they range in color from tan to blue to cream. I’d written the place the paper came from on the top sheet, which I think is cool, now. Some of that toilet paper is as rough as sandpaper!

2—I skated in the 2002 Olympics—as an opening ceremonies cast member. Being one of dozens of whirling, spinning ice crystals is as close to being an Olympic athlete as I will ever get. For three months prior to the games we rehearsed, sometimes as much as eight hours in a day. The rehearsing was brutal, and so were the costumes (the ice crystals costumes were seven-foot diameter circles of fabric held taut by PVC piping and fitted to our ankles with wide leather bands). But the night of the games, when I took my place with hundreds of other skaters on the floor of a stadium packed with 60,000 people, something in me transformed. It was such a clear moment of connectivity—I felt one with the entire universe. I wish everyone could experience it.

3—My childhood bedroom had a sprayed on, glitter-infested ceiling. When I had alone time (which wasn’t often—I was one of six children) I would go into my room, close the door, place a chair on top of my desk and plot the glitter into my own private constellations, planets and comets. Sometimes I wonder if, after we moved, the next owner of our home ever noticed my faint pencil marks connecting all those shiny gold pieces of glitter . . . .
,br> 4. My first book was called “Little Bug,” and I wrote and illustrated it when I was seven. I still have it! Someday I want to illustrate it for real and then publish it, just to satisfy my child-self.

5. I’ll give up my most embarrassing memory from middle school because, well, it’s no longer embarrassing. I mean, now it only makes me cringe.

Eighth grade, (seriously, who of us would go back to that year?) and I was still knee-deep in braces and glasses, zits and goofy hair. My mother made all my clothes from double-knit fabric she bought on sale. Think Hillary Clinton’s outfits during the 2008 primaries, only on a dorky fourteen-year-old. Ultra navy-blue pants suits. Christmas green pant suits. Tan pant suits. Zippers in the back of everything. Hook-and-eye waist band closures. And my parents wondered why I started working that next summer . . . .

Anyway, my girlfriend and I had fantasy crushes on the same boy. He was cute and popular and a student body officer. Wavy blonde hair. Dark blue eyes. Always laughing. I was a classic nerd; our social circles were so different it was like he had his own lunchroom. One weekend my girlfriend and I wrote pretend love notes to him. She stole my note and gave it to him. *sigh* I can only hope he’s since forgotten. 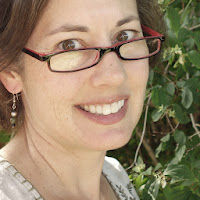 As a child, Mechelle filled her journals with someday-my-prince-will-come fantasies. Then one day her prince arrived, driving a silver Tundra, and they adopted a fine daughter. Life got busy—work, family, daily cooking—but she still spends her evenings giving voice to the stories inside her head. Only now, instead of locking them away, she publishes them.

When her father drags her to a new life in Wyoming, Aspen Brand doesn’t expect to fall for a cowboy named Kyle Thacker—but she does. Aspen and Kyle share unexpected ground: guitar, running, physics. And guilt. Aspen blames herself for her mother’s car accident, while Kyle can’t find a way past his brother’s suicide.

On their first date they open up to each other, forging an unbreakable bond between them. But Kyle has spent two years living with a vicious secret—one his ex-girlfriend will do anything to protect—and sharing his truth with Aspen makes her a target. Now if Kyle is to be her love story, Aspen must first win the fight of her life.

Buy the book at Amazon, Barnes and Noble, or Kobo.