This post is part of a virtual book tour organized by Goddess Fish Promotions. The author will be awarding a $50 Amazon/BN GC to a randomly drawn winner via rafflecopter. Click on the tour banner to see the other stops on the tour.

In an era of genetic engineering, Lieutenant Henry Gallant is the only Natural (non-genetically enhanced) officer left in the fleet. Many of his superiors, including rival Anton Neumann, have expressed concern he is not up to the challenge. However, his unique mental abilities have proven essential to the defense of the United Planets in its fight against the Titan invaders.

Serving on the first FTL prototype, the Intrepid, on its maiden voyage to Tau Ceti, Gallant finds a lost colony on the planet Elysium. Cyrus Wolfe and his son, manipulate planet politics against the democratic opposition led by James Hepburn and his granddaughter Alaina. Wolfe has allied himself with an ancient Artificial Intelligence which had lain dormant on the planet for millennia, but is now willing to protect the colonists against the Titans.

With Alaina’s help, Gallant discovers the ancient AI has a sinister ulterior motive and he matches his unique and exceptional mind against the complexity of machine intelligence to escape the ultimate trap and prevent the extermination of humanity.

In Lieutenant Henry Gallant, one man pits the naked human mind against the perspicacity of machine intelligence.

“I think it’s time to make camp for the night. I can’t see us making much more progress in the dark.” She was trembling, whether from the wet clothes and cold night air, or from fear, he couldn’t tell, but from everything he had seen of her, he was fairly sure she wasn’t frightened of the dark, the jungle, or any old jungle cat.

He grunted his agreement.

“We need a fire,” said Alaina. “I’m freezing and besides it will keep the dragor away.”

“Yes, that’s the huge panther-like cat that’s been stalking us. If it catches us unaware, your knife isn’t going to be much use against a beast of at least two hundred kilograms with huge fangs and claws. I’d be more comfortable with a good, bright, blazing fire.”

Nodding, Gallant began rounding up dry wood and grass from the nearby area. Alaina gathered large leafy branches from a nearby tree to create a shelter.

As he arranged the firewood, he looked up to see Alaina taking off her halter top and shorts. She stretched the clothes out on a nearby bush, and, in the next second, she removed her undergarments as well.

Shivering naked in front of him, she appeared unabashed.

Gallant gawked momentarily, but, given the necessity of removing their wet clothes, he simply said, “I’ll turn my back.”

“All right, if that’s how you feel,” she said. “I don’t know if UP morality, or cultural standards have changed so much, but I hope you’re not going to be offended by simple nudity. It is, after all, necessary for us to get our clothes dry before we can sleep.”

He said nothing further, but he had managed an admiring glance before turning away. Certainly her form could offend no man.

Focusing his attention back on the kindling, he struck his knife blade against a stone of flint which he had found. The spark ignited the kindling, and he quickly added the larger branches. Once he threw on a large block of wood, the fire lit up nicely.

He stoked the flames for a minute, and then finally, without looking at her, he removed his clothes and stretched them on the bushes next to Alaina’s.

He sensed her presence nearby when she leaned a branch against a low lying tree limb. She began pilling the leafy twigs on a support branch until it resembled a fair shelter.

Alaina walked behind him. She placed a finger on top of the scar on Gallant’s left shoulder and traced the scar down his back, which continued on along his right leg—as if her touch had magic healing powers to impart. Her touch certainly had an effect. He swallowed.

“Your scar kind of resembles an outline for a dragor. Dragor is a blending of dragon and panther—very deadly, very mysterious. When we first began building our town, we lost many children to the dragor. Our parents told us scary stories about dragors to keep us close to home,” she explained, adding, “Are you deadly and mysterious?”

He didn’t answer right away, but he thought of the things he had accomplished that he was proud of and of the few things he lived with that he was not so proud of. “A warrior should be deadly,” he said, “but not so mysterious.”

She nodded, apparently satisfied with the answer, as if it fit into her understanding of him.

As they faced each other—naked—Gallant’s breathing became shallow and rapid. He let Alaina’s figure and beauty produce an undeniable natural response. 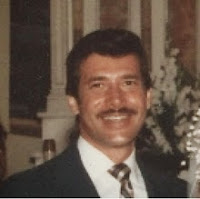 As a scientist and author specializing in technology innovation, H. Peter Alesso has over twenty years research experience at Lawrence Livermore National Laboratory (LLNL). As Engineering Group Leader at LLNL he led a team of computer scientists and engineers in innovative applications across a wide range of supercomputers, workstations and networks. He graduated from the United States Naval Academy with a B.S. and served in the U.S. Navy on nuclear submarines before completing an M.S. and an advanced Engineering Degree at M.I.T. He has published several software titles and numerous scientific journal and conference articles, and he is the author/co-author of seven books.

You can visit his Web site at: http://www.hpeteralesso.com/Default.aspx

Past Reviews of the first volume: Midshipman Henry Galant @2013

"The author has created a wonderful piece of work with his first novel in the Henry Gallant Saga. Between Henry Gallant beginning his new life on the United Planets' battle cruiser Repulse and trying to save the world the author has came up with it all. Henry Gallant is an admirable character with many wonderful features such as courage, intelligence, humility, kindness and special powers. ... the odds stacked against him pretty high. But maybe through it all, Kelsey will see the remarkable things about him." Ashley Patts, Teenage Rush teenagerush.blogspot.com

"This story moves along at a swift pace, with interesting character development and plot surprises. The characters are complete and engaging. This could develop into a good series." Rae

"Its style and flavor reminded me of The Lost Fleet series by Jack Campbell." - JJH

"Space Opera at its finest. Rousing read, introverted young man against impossible odds, a girl to win or lose, an enemy or is he? Way too much fun...can't wait for the next one." - vrzepka