The Face Transplant by R. Arundel - Spotlight and Giveaway

This post is part of a virtual book tour organized by Goddess Fish Promotions. A $50 Amazon/Barnes and Noble gift card will be awarded at the conclusion of the tour--enter via the Rafflecopter at the end of the post. Click on the tour banner to see the other stops on the tour. 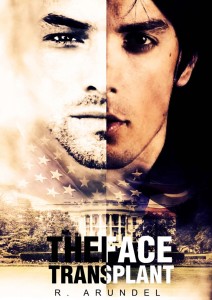 Dr. Matthew MacAulay is a Facial Transplant Surgeon at a prestigious New York hospital. His friend and mentor, Tom Grabowski, dies under mysterious circumstances. Matthew is forced to investigate. He uncovers his friend’s secret. A new technique that allows perfect facial transplants. No incisions, no scars. The surgeon is able to transplant one person’s face to another with the perfect result. Tom was able to accomplish this monumental feat with the help of Alice, a supercomputer robot with almost human abilities. While trying to find the people responsible for murdering his friend Tom, Matthew realizes he is the prime suspect. Matthew must flee for his life with the help of Dr. Sarah Larsson, a colleague and reluctant helper who has a secret of her own. Alice helps them make sense of a baffling series of seemingly unrelated events. Matthew is forced to undergo a facial transplant to hide his identity and help to uncover the truth. The clues carry Matthew and Sarah around the world. Matthew stumbles onto a sinister plot of monumental proportions, the real reason Tom was murdered. This discovery leads Matthew all the way to The White House with a dramatic conclusion. Matthew never wavers in his quest for the truth and perseveres against all the odds. He must race to stop a major catastrophe, ratcheting up the excitement until the thrilling conclusion. The Face Transplant is a powerful medical suspense thriller of the first order. The novel was written by a surgeon. The novel has a realism that only a surgeon can bring. The plot weaves politics, medicine and espionage into a tightly paced, intelligent thriller. The novel crescendos page by page to a totally unexpected conclusion.

Guaarrr. It sounded like water draining from a very large bath tub, through a very large hole. Wouldn’t it be nice to have a warm relaxing bath? Sit. Soak. However, in the fraction of a second that it took that thought to go through Matthew’s head, a more powerful thought pierced his mind. I just killed myself. I just killed the patient. Most likely a criminal anyways. He looked down on the operating room table at the very gaunt, greying man. Dr. Matthew MacAulay quickly scanned the operating theater. In his peripheral vision he could clearly see the short, wide man in the observation area. I just killed myself, Lars, and Marcia. Matthew looked across the operating room table at Marcia Lopez, forty two, an American of Spanish ancestry. She had been his scrub nurse, assisting him in the operating room for the last 3 years. Divorced, one child.

It would take a few more seconds for the monitors to tell everybody what Matthew already knew. Soon the monitors would alarm and all would know. But Marcia already knew. She was right across the table. She saw him use the robotic arm to dissect the vessel and mistakenly cut the large artery in the neck. An operating room nurse of Marcia’s experience has seen it all. When Matthew looked into Marcia’s eyes they flashed ever so quickly an acknowledgement that it was all over. Instead of any words she quietly unclamped the suction. Now a dull hiss filled the air. To the casual observer, or the short wide man holding a 9 mm Glock pistol in his fat stubby hands, nothing really had changed. 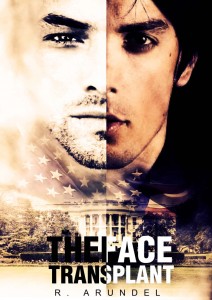 Robert was born in London, United Kingdom. His early formative years were spent in Toronto Canada. Robert attended the University of Toronto Medical School. After obtaining his Doctor of Medicine degree he completed surgical training in Otolaryngology-Head and Neck Surgery at the University of Toronto and obtained certification from the American Board of Facial Plastic and Reconstructive Surgery. Robert Mounsey practices surgery in private practice in Toronto.

R. Arundel studied Film Studies at Ryerson University, after this he began writing screenplays and novels. The Face Transplant is his debut novel.

R. Arundel is married and lives in Toronto, Canada. When not writing or practicing surgery Robert can be found cycling.