Today we're welcoming author MK McClintock to the blog on her tour with Goddess Fish Promotions for the historical western romance, Gallagher's Hope.

MK is giving away an ebook copy of the first book of the series (Gallagher’s Pride) to one random commenter at every stop and a $25 Amazon GC to a randomly drawn commenter at the end of the tour, so comment today AND follow her tour (if you click on the banner over there on the left, it'll take you to a list of her tour stops)! The more you read and comment, the better your odds of winning. You could be introduced to a great new author AND win a GC!

And now, time to ask some prying questions.

I’m actually a multi-genre author, but my first love is historical western romance. It just seemed natural living in the mountains of Montana to write about where I live. I’ve often imagined what it would be like to live in the old west and since I can’t live in that time physically, I can live in it through my writing.

I won’t lie - I do take some liberties as a fiction author and manipulate tiny bits of historical timelines to suit the story, but research is required in order to try and stay true to the era and to capture the ‘feel’ of it. I do a lot of fact-checking, but a good portion of my research for the books in this series comes from years of reading romances and watching westerns.

I’ve never been asked that question before and now I’m wondering why not! I’ve learned that even out of the worst of situations, beautiful things can and do happen to good people. Both Gabriel and Isabelle taught me that and I suppose in a way they taught each other too.

I like a cooler environment when I write and complete silence…most of the time. When I’m in brainstorming mode I switch on Celtic music or sometimes western themes from the City of Prague Philharmonic. Habits? Not sure if I would call it a habit, but when my brain is on overload I step away to bake something chocolate and then all is right in the world again. Superstitions? I’m the person who would purposely sleep in a haunted castle just to see if the rumors were true, so I’d say none.

Both. Plotter in the beginning to lay the groundwork and then I just let the story come.

A table with my desk calendar for monthly blog visits and stacks of writing papers, research materials and books. A shelf that holds plaques and wooden elephants, a cork board with more calendars and photographs and a wooden sign I picked up in Vermont that says ‘You say I’m a WITCH like it’s a Bad thing’ (Halloween is my favorite holiday).

Well, now that Gallagher’s Hope is complete, I’m working on the third book in the series, Gallagher’s Choice. Then there will be a fourth book in that series. I’ll then move onto the many other projects I have planned.

What fun! It’s not often we get to ask the readers something. I tend to read within just a few genres, but I like to open myself up to something different once in a while and I’ve been pleasantly surprised to discover books I really enjoyed. How often do you read outside of your preferred genre?

Thank you so much for having me with you today!

She sought a new beginning.
He sought what he didn’t know was missing.
Together they would discover hope in unlikely places

Isabelle Rousseu must escape New Orleans and the memory of her family’s tragic loss. With her younger brother in tow, she accepts a position as the new schoolteacher in Briarwood, Montana. Desperate to keep what’s left of her family together, Isabelle joins her life with a stranger only to discover that trust and hope go hand in hand.

Gabriel Gallagher lived each day as it came believing he had everything he could possibly want...until a determined woman and her brother arrive with a little luggage and a lot of secrets.

It will take a drastic choice to protect her and give them both, hope for the future.


There was nothing left of the life she had known.

Her slender arm wrapped around the little boy’s shoulder and pulled him closer to his side. She could feel his slight trembling and wished more than anything that she could take his sadness. They were alone in the world. They had each other and she prayed that would be enough for them both.

They stood and listened as the priest gave the final blessing and the caskets were lowered into the ground. It wasn’t something anyone should witness, but she needed the closure. She needed to know that it was over. ‘A very sad affair’ everyone called it for it wasn’t every day that a man murdered his wife and then shot himself. It wasn’t healthy to think on the possible reasons why, but she couldn’t seem to help herself. She had truly believed that they had been a happy family. One of the wealthiest in New Orleans and one of the most respected and sought out for social gatherings. The truth however, was revealed with her father’s death. No one would speak of it to them of course, but the lawyer had made it quite clear. 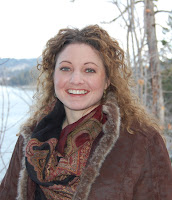 MK McClintock was born on the west coast, but after less than eight years she left with her family to the Rocky Mountains. After more adventures around the country, business-college and culinary school, MK McClintock found a place to call home in Montana.

Over the years MK McClintock traveled the country and visited magnificent Scotland. She dreams of a time when life was simpler, the land rougher and the journey more rewarding. With her heart deeply rooted in the past and her mind always on adventure, MK McClintock still calls Montana home.

Book Links
About the Gallaghers: http://www.mkmcclintock.com/#%21books/vstc5=the-gallaghers