Today we're welcoming author Lin Brooks to the blog on her tour with Goddess Fish Promotions for her romance novel from Carina Press, "Where the Heart Lies".

Lin will be awarding a $15 Amazon GC to a randomly drawn commenter during the tour, so comment today AND follow her tour (if you click on the banner over there on the left, it'll take you to a list of her tour stops)! The more you read and comment, the better your odds of winning. You could be introduced to a great new author AND win prize!

I don’t talk about myself much….really, I don’t. So the opportunity to write about things you wouldn’t guess about me was just too good to pass up. Hope you enjoy. Here goes, in no particular order…

#5 I am a writer, a lawyer and an adjunct law professor. So it might surprise you to know that I’m a pretty serious introvert. Do you have any idea how hard it is to be those things as an introvert? My life involves talking to people. I have to practice. A lot. I hate speaking in public, mainly because I run out of things to say and don’t know what to do next. Years ago, probably about 10 years back, I figured out that I was either going to have to learn to be more sociable or figure out a way around it. I did a little of both. I took every speaking engagement I could get my hands on because I figured that would force me to be better at it. And I also learned how to meet more people when I’m in large groups. My secret? You only have to know one person at a party. Just make sure that person is a people person. Then you can stand next to them and meet everyone. I call it being an extrovert-by-proxy.

#4 I am actually the mother of two. I have a twenty year old daughter that is the joy of my existence. We’re very close, and she is just like me. I talk about her a lot because I’m so proud of her. But I actually have two daughters. My younger daughter was stillborn in 1994. Losing her left a hole in my heart that will never go away. Even now, it still catches me off guard sometimes. I saw a commercial recently for 19 Kids and Counting, where they learned from a sonogram that mama Duggar had lost a baby. I had a meltdown. No mother should ever have to bury her child. And if you’ve ever had to, my heart goes out to you.

#3 On the lighter side, I LOVE to cook. A little history might help here. I am known as the creator of some of the worst cooking disasters known to mankind. I am the reason they install smoke detectors in kitchens. I have melted rice cookers, made biscuits the dog wouldn’t even eat (and his standards are pretty low), and burned water…yes, I am serious about that. Just ask my mother. She will instantly launch into a thirty minute rant about how I ruined her double boiler trying to boil water. Nineteen years ago. The woman never forgets anything. I have attention issues. Give me something easy, I’ll mess it up because I get diverted doing ten other things. But give me something I have to focus on and I do just fine. My favorite is Italian. I roll my own pasta, make sauce from scratch and grow fresh herbs in a garden out back. Maybe I go a little overboard. But it sure does taste good.

#2 I have a pretty good collection of autographed books. Part of my day job is to work with entertainers, which means I have found myself in some unique places, where I have met some very cool people. In my collection, I have autographed books from John Grisham, Nora Roberts, Brenda Novak, Roxanne St. Clair, Erica Spindler, Oliver North, Stan Lee, Leonard Nimoy and William Shatner and more.

#1 I married my college sweetheart after 24 years. When I was 17 and in my second year in college (I was a young starter), I got a part time job and met the love of my life. We dated for just under two years. The relationship had everything. We were crazy about each other, young, lives ahead of us…and, of course, there was the jealous best friend. We never knew we were set up, and within a few months of her executing her plan, it was over; he didn’t know what went wrong and I was too angry to see the Grand Canyon sized holes her story had in it. Fast forward. A couple of years ago, we meet again (Facebook is a beautiful thing, isn’t it?). Everything was still very much there and last fall we got married. A year later, we’re still head over heels.

Sending the children off to college is never easy. For Lacey Marchand and Cara Myers, an empty nest is enough to drive them a little crazy -- but sometimes, a little crazy is just what the doctor ordered.

Now that their daughters have left for college, Lacey and Cara have too much time on their hands. With nothing else to do, Cara decides to help single-mom Lacey get a life. And what better way to get a life than a few blind dates?

Lacey, however, can't think of a worse way to spend her weekends. She has her own ideas for curing their empty nest problems -- Cara needs a new career. And a career just happens to be what Lacey understands best.

For Cara and Lacey, coping with the empty nest means reinventing their lives without losing their sanity. Where the Greener Grass Grows is the story of two mothers learning to live, to laugh and to let go.

Lacey nodded at the young man in the ticket booth, the grin still fixed on her face. That had to be one of the more unusual gifts she had ever heard of. At least Cara had a sense of humor about it. “That one’s going on the list.”

Cara dug in her purse for her wallet. “Would that be the ‘gifts guaranteed to piss your wife off’ list or the ‘gifts only a total moron would actually buy’ list?”

“Neither. I was thinking the ‘out of ideas’ list. You’ve been married a long time,” she reminded Cara. Sometimes that was almost impossible for Lacey to comprehend. It had been twenty three years since Cara had given up flirting with every guy in sight and settled down with Brian. How could two people manage to stay in love that long? To Lacey, it was a complete mystery.

“I’ve been married since the frigging stone age,” Cara muttered. “Which means he ought to know better. Fortysomething people in those stupid coffee commercials do things like sit on a deck overlooking a mountain range while drinking cappuccinos or jet off to Paris to exchange anniversary rings while staring up at the Eiffel tower. I get pizza and a wood toilet seat. He just doesn’t give a rip.” 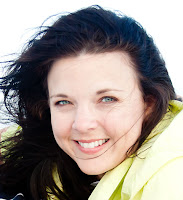 Lin Brooks is a lifelong Southern girl who lives in Mobile, Alabama with her family. Lin is a lawyer, runner, mother, home improvement enthusiast and an avid reader with a bucket list that includes visiting Australia, running a marathon and trying every kind of margarita ever made.